Tess and Aaron like to have fun together and I joined along for their Cleveland engagement photography! 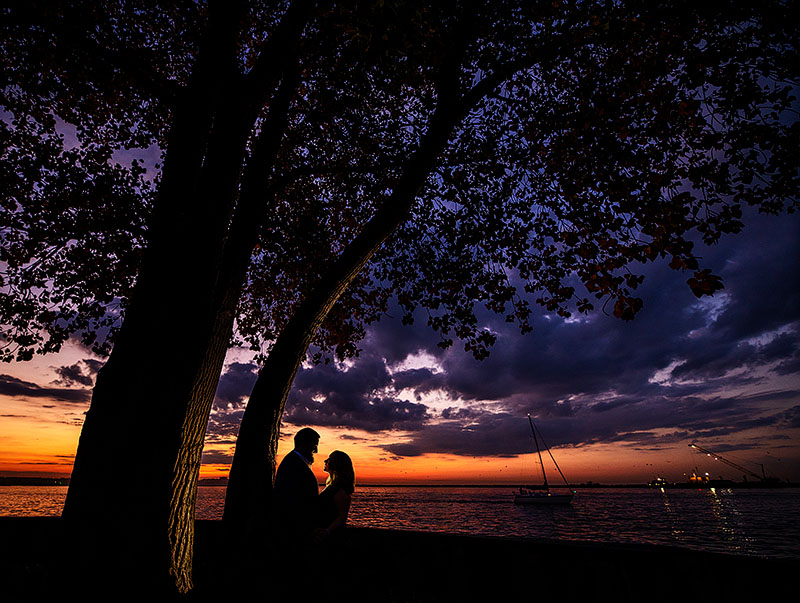 Their personalities really came through while we were doing photos.

We met at the love birds mural. I’ve seen so many photos  from this spot always taken straight on with the couple between
them. I finally got to do my twist on it.

Then a few Flats spots and we headed to Whiskey Island. Aaron really wanted the old Coast Guard station which sounded good
to me. As it got closer to the sun setting he seemed worried we wouldn’t make it in time and revealed why. His twin brother
Matthew was going to drop by in his boat to say hello.

As you will see in the photos he had a sign made up for the occasion. Tess: “As the twins like to say, they’re the best
“two for one” deal their parents ever got.

“Matthew is the primary reason that Aaron and I met back in 2016. We were all out (in separate groups without previously
knowing each other) watching the Indians playoffs game and the boys were celebrating their birthday. We guarantee that he’ll
give the full version during his best man speech. Anyway, fast forward 4 years, Matthew asked Aaron if he could crash our
engagement session since he’s the reason we met.”

Tess continued: “Aaron agreed and said we’d be at whiskey island and the coast guard station but other than that we didn’t
know what they had planned until we saw the boat coming towards us. It was also really special that they brought the boat out
because Aaron proposed to me almost right where Matthew is standing in the picture.” 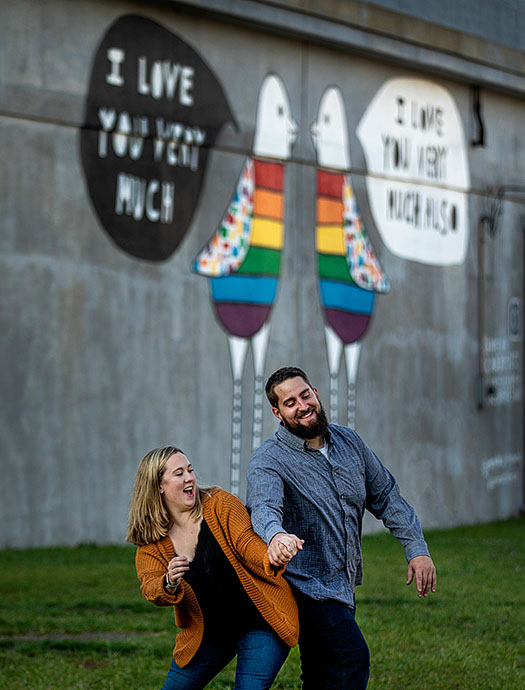 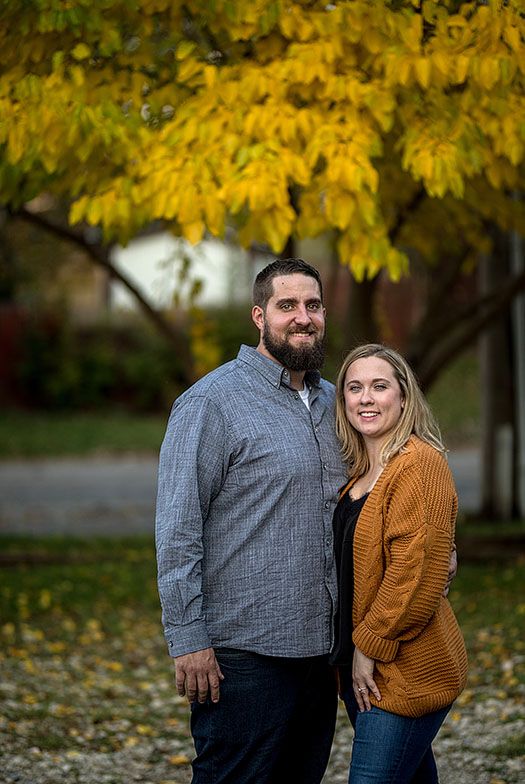 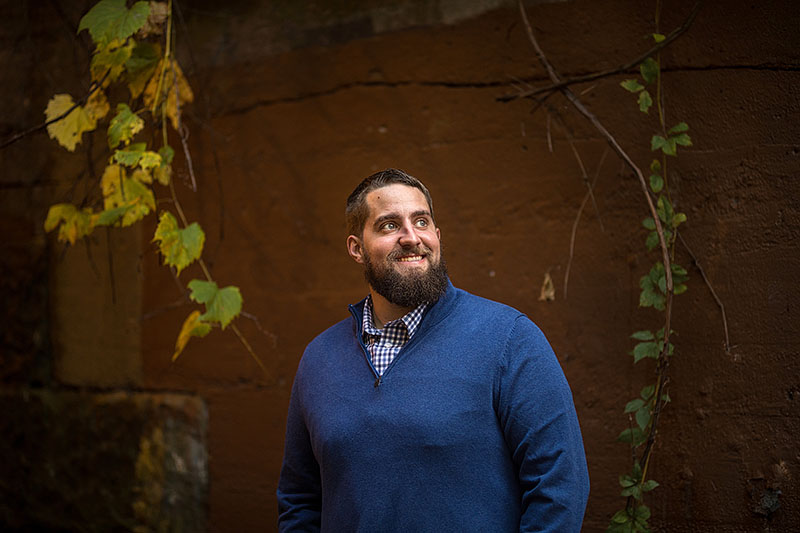 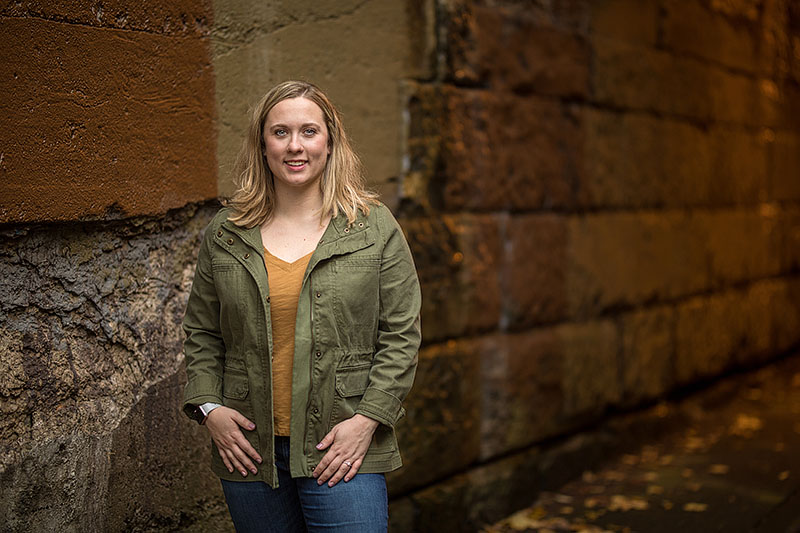 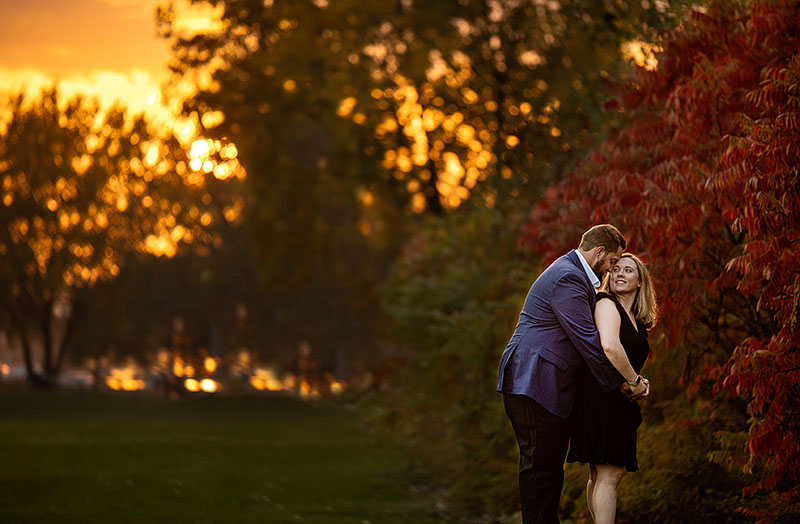 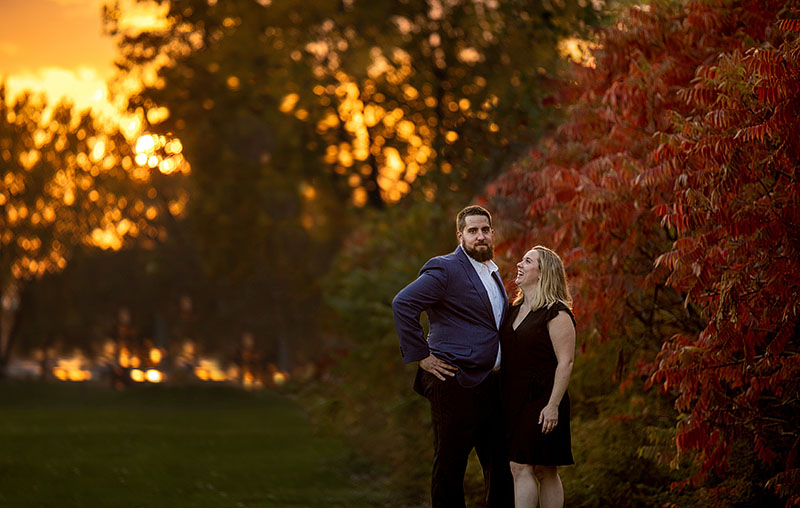 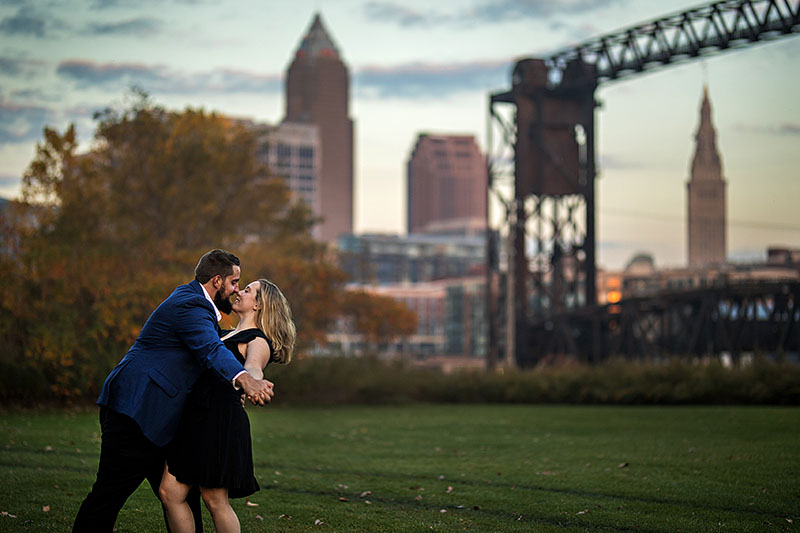 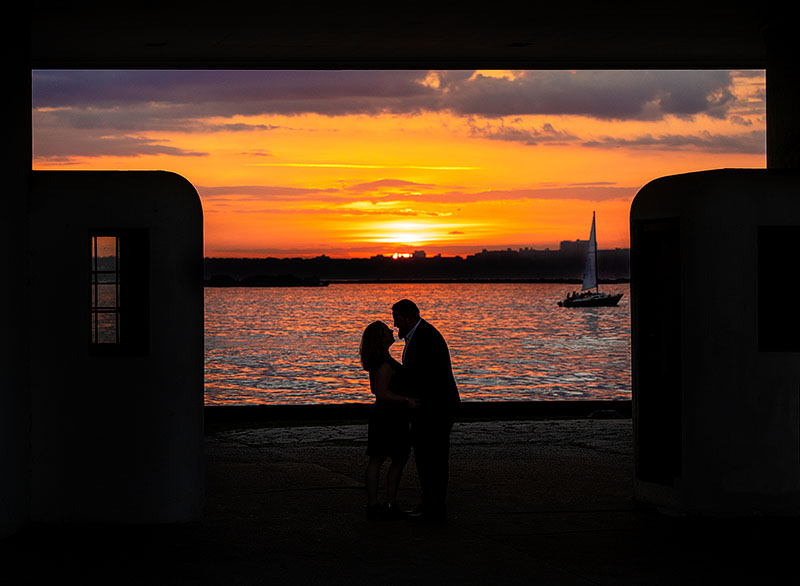 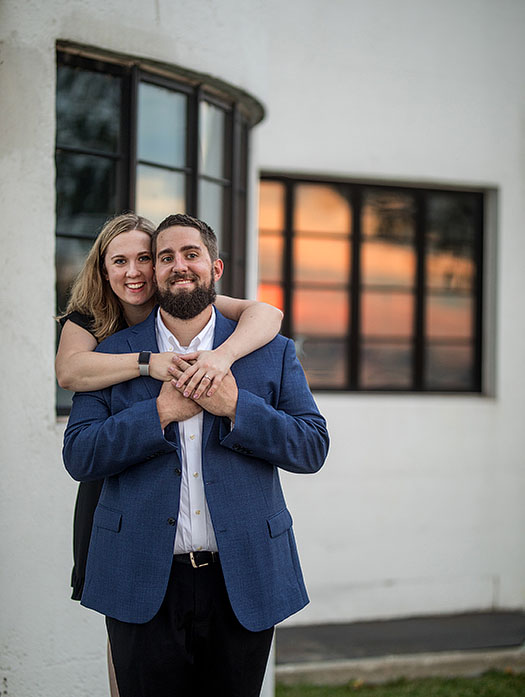 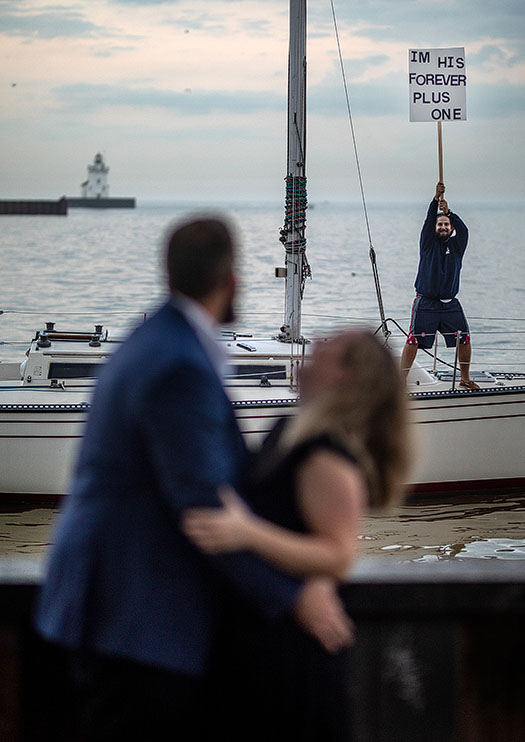 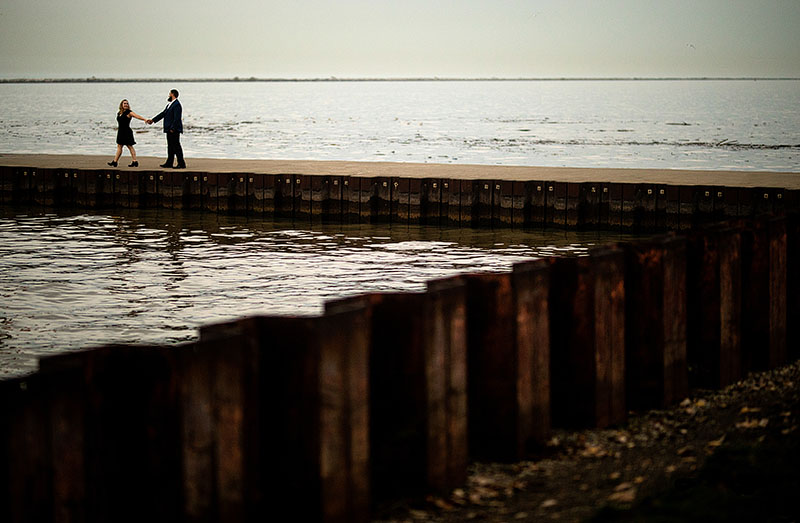 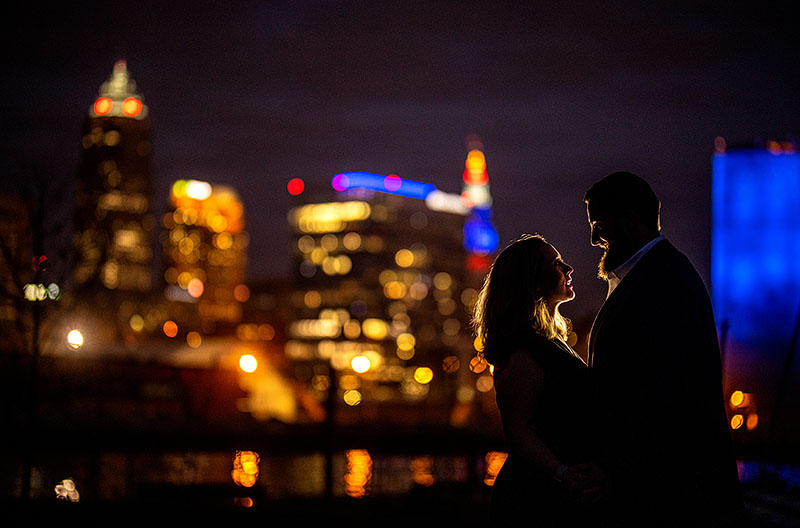 Thank you for viewing this Cleveland engagement photography,