Jordan asked Elina to marry him at the Hyatt Arcade which is the perfect place for Cleveland wedding proposal photography. 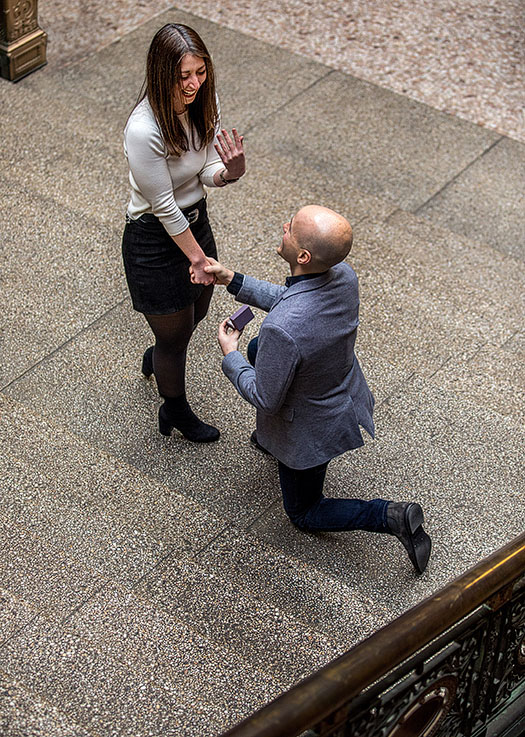 It was so exciting being part of this! When Jordan told me he wanted to ask Elina at the Hyatt Arcade
I thought what a great idea! I talked with Jordan a few times on the phone giving him
some tips about where to stand and how to keep her from suspecting it was about to happen.

They had lunch nearby with friends Veronica and Vinny and made their way to the Hyatt Arcade for the
Cleveland wedding proposal. When they arrived there were a few other couples taking photos
there so I decided not to hide. I suggested their friends pose them on the steps for a few
photos and then he should have her look behind her. When she turned Elina found Jordan on
one knee with the ring out. She was so surprised. I continue to take photos from above
running around for different angles. After several minutes Jordan pointed out I was documenting
the event. She was surprised once again!

I love how much planning he did for this and that he thought to get some professional
photographs of the proposal.

We stayed and took some photos around the Hyatt Arcade and then had a nice walk to their
apartment as it turned out my car was just a few blocks past that.

Can’t wait to hear where they have their wedding! 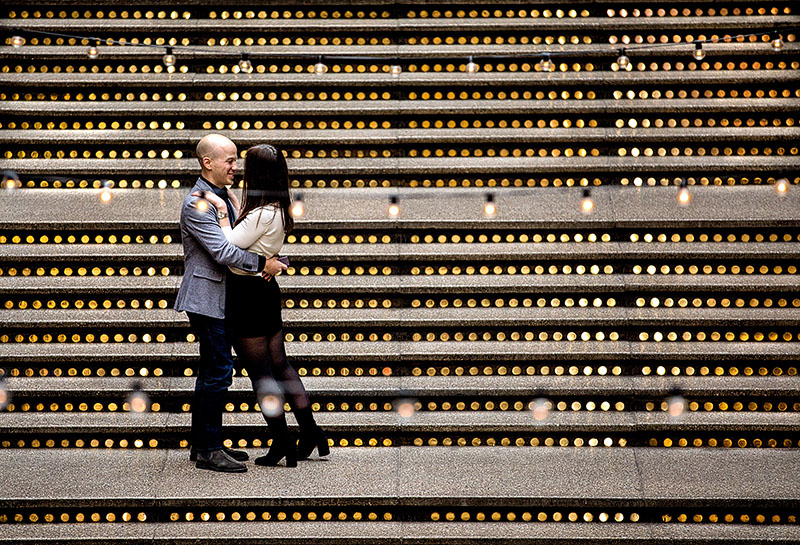 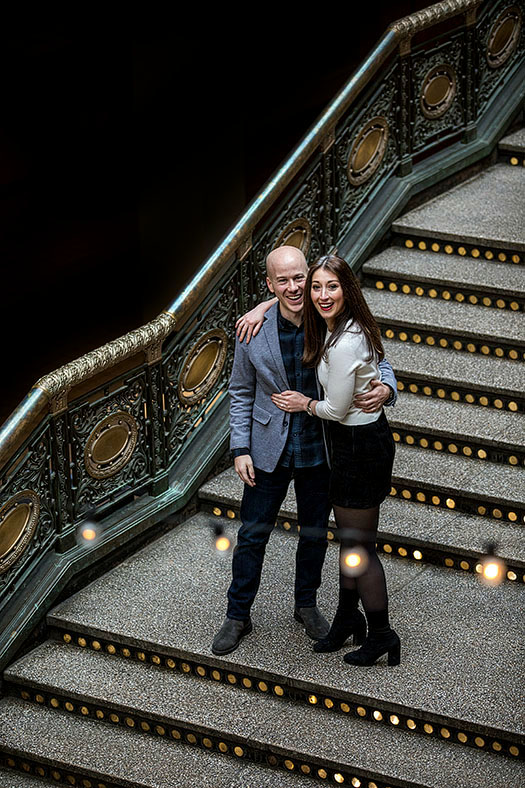 The moment Elina realized I was there taking photos. 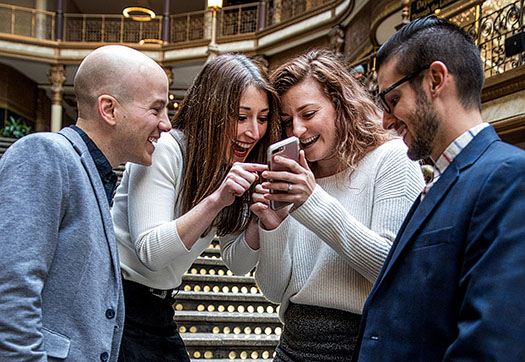 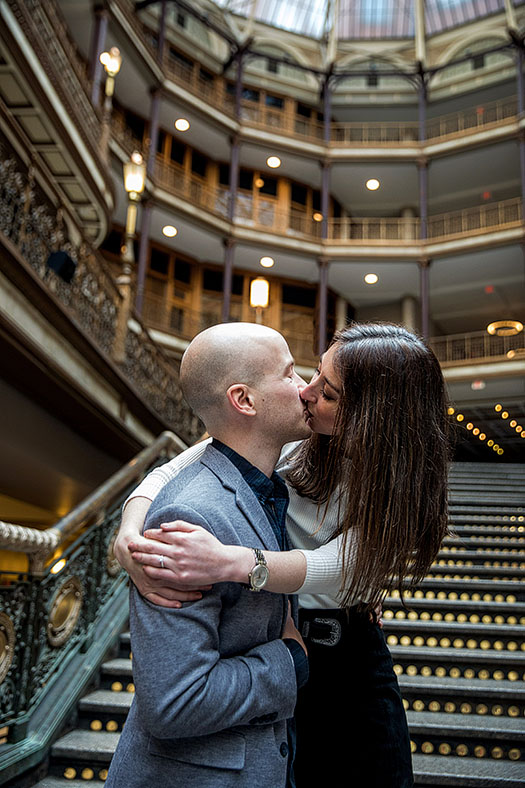 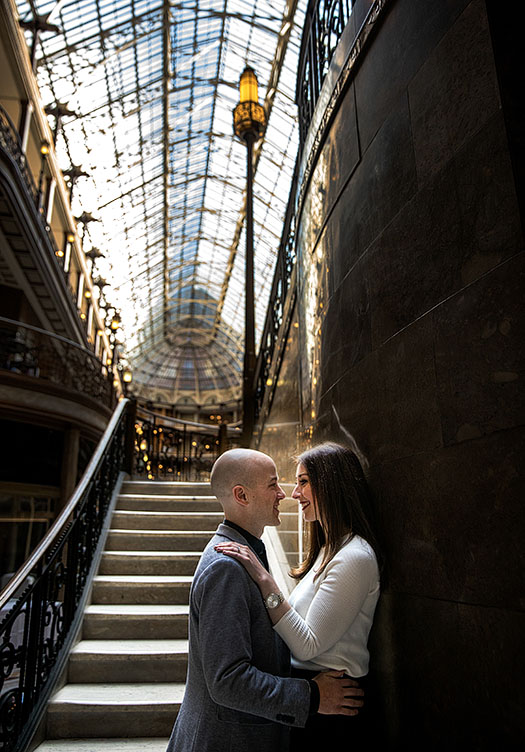 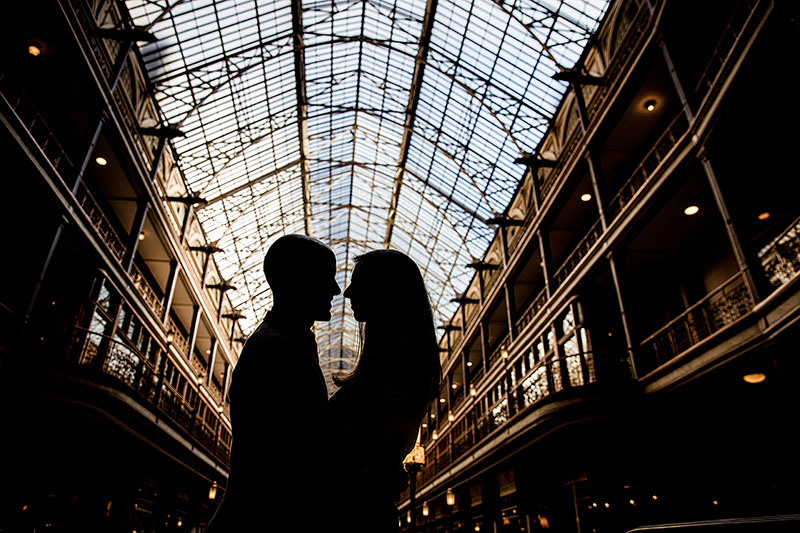 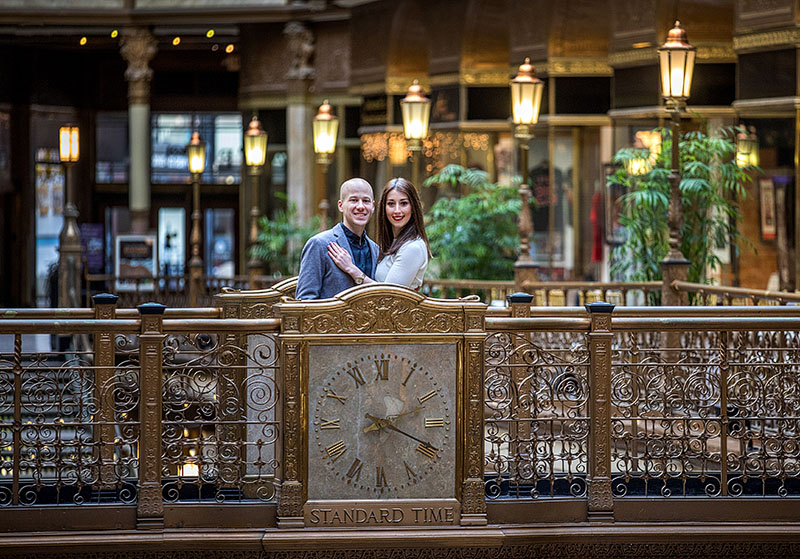 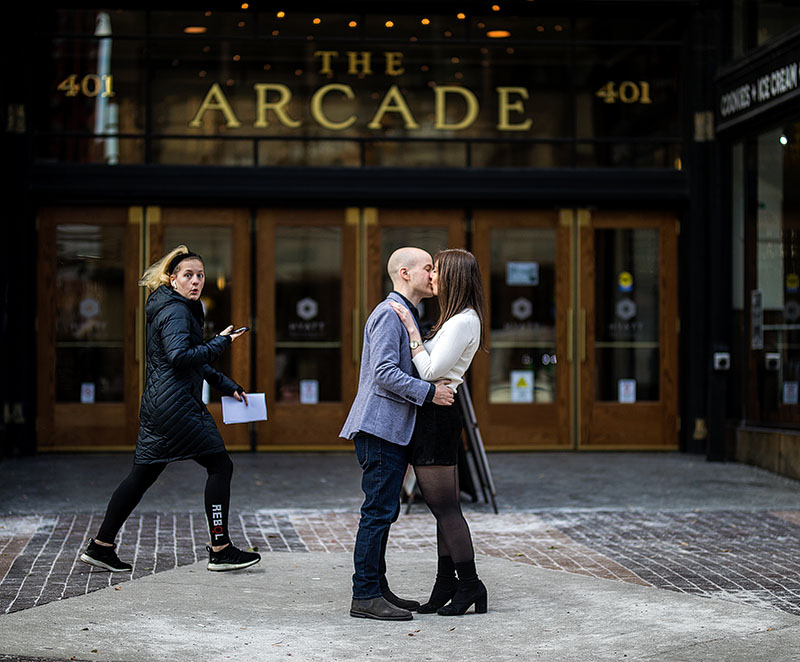 I have a whole sequence of this woman running by accidentally photobombing the couple
and this is my favorite from the series. 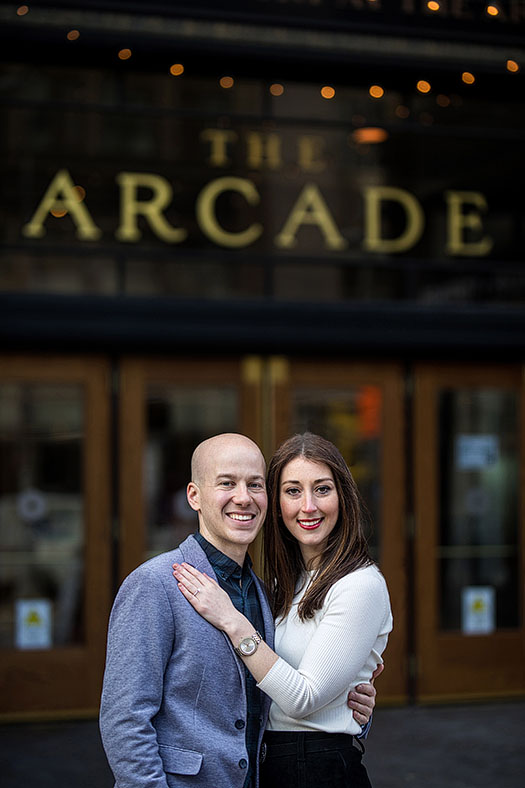 Thank you for viewing the work of this Cleveland wedding proposal photography,