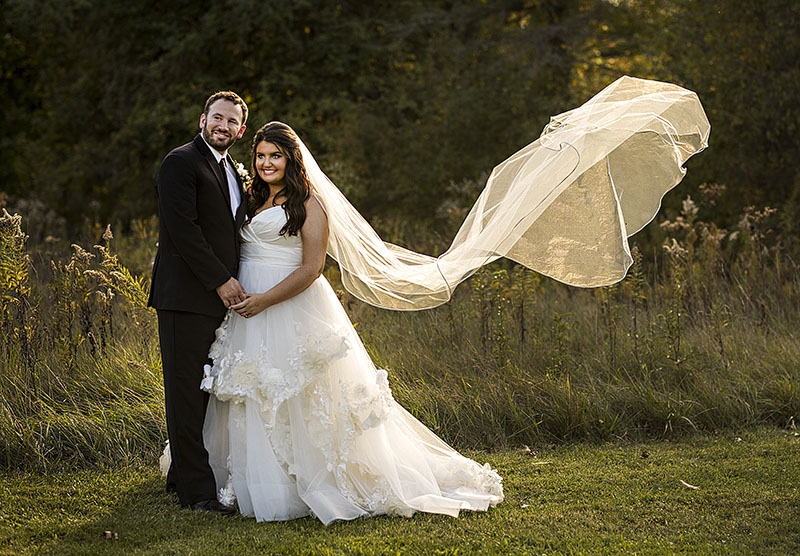 We spent the entire day for this Landerhaven wedding at Landerhaven. OK-except for a few minutes just steps
away where the guys were getting ready at the Staybridge Suites.

Morgan’s family has some special history here too as she told us: “My parents Dana and Randy were one of the
first weddings at Landerhaven when it opened. It was special to have our wedding at the same place. My parents got
married the same weekend in October 29 years ago exactly! It obviously has lead to a great life and future from them
getting married there.”

The outdoor area for the reception was glowing orange. At first I thought this was done by Morgan’s mother Dana.
She works out at Orange Theory Fitness and loves it there just as do I. The fitness studio is bathed in orange light
but Dana assured me that was not her thinking.

Morgan said she was surprised to hear everyone laughing as she walked down the aisle. “I was convinced my sister
wiped out since she is known for being clumsy. At the last minute she had to get new flats because she couldn’t walk
in the heels! Later I found out, she was actually sobbing! It was such a funny and sweet moment to hear about. Also during
the entire ceremony our little flower girl was placing petals meticulously around our officiant during the prayers and
vows. It was so cute!”

The cocktail hour had a very large amount of sushi and I must say I am a fan as was Morgan: “Sushi was my non
negotiable! I think I could eat it everyday, it was something I begged to have at the wedding and my parents and Landerhaven
made it happen! Also my parents surprised us with late night food. The fries, pizza and soft pretzels that were rolled out at
11 pm we had no idea about.”

Morgan and Mark spent their honeymoon in Maui, just as Morgan’s parents had 29 years before after their Landerhaven wedding. 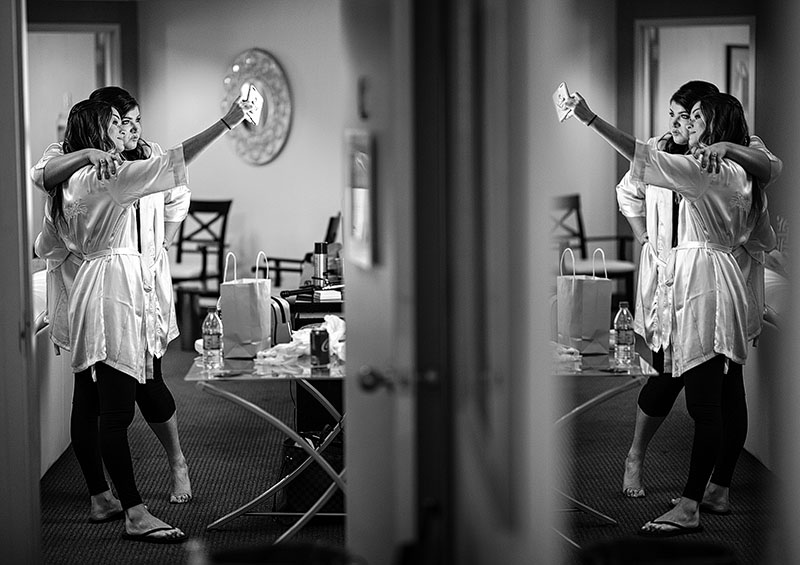 Morgan’s sister sister Kailey and her best friend Jessie got in some selfie time. 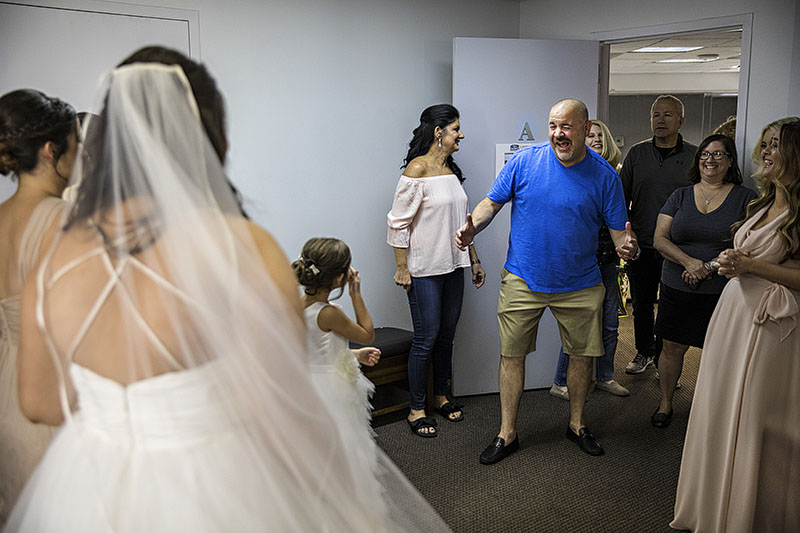 Morgan’s father, Randy, was thrilled to see her in her wedding dress. 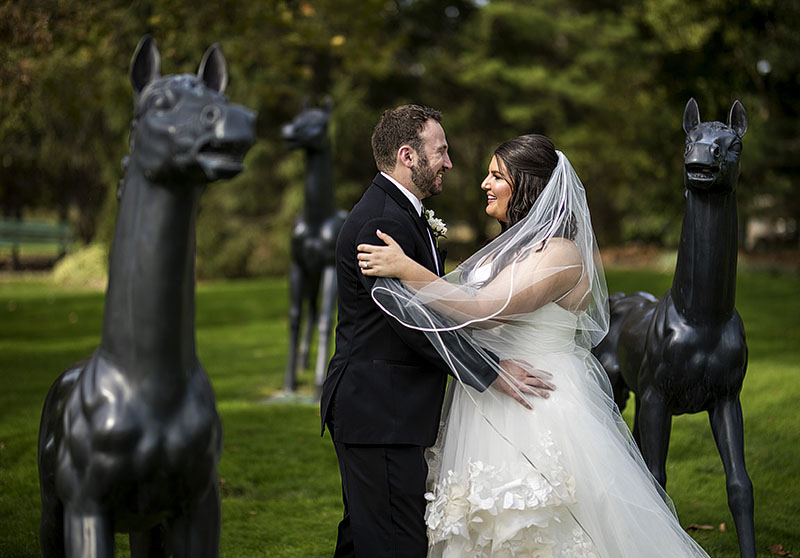 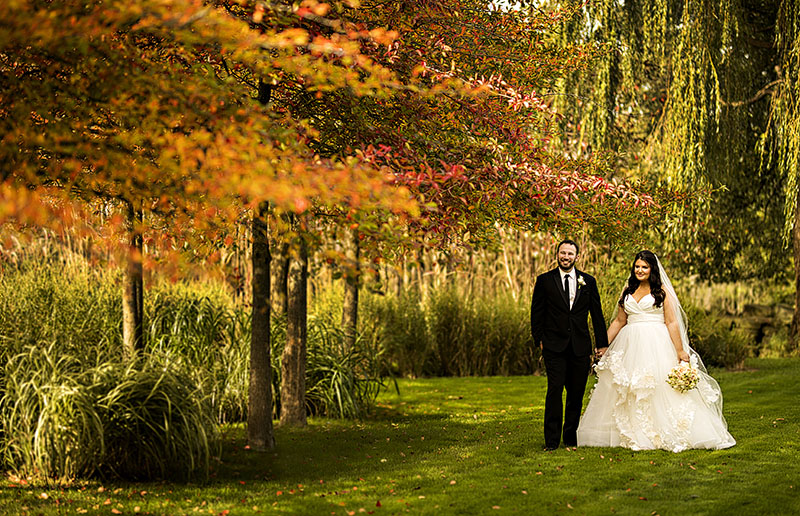 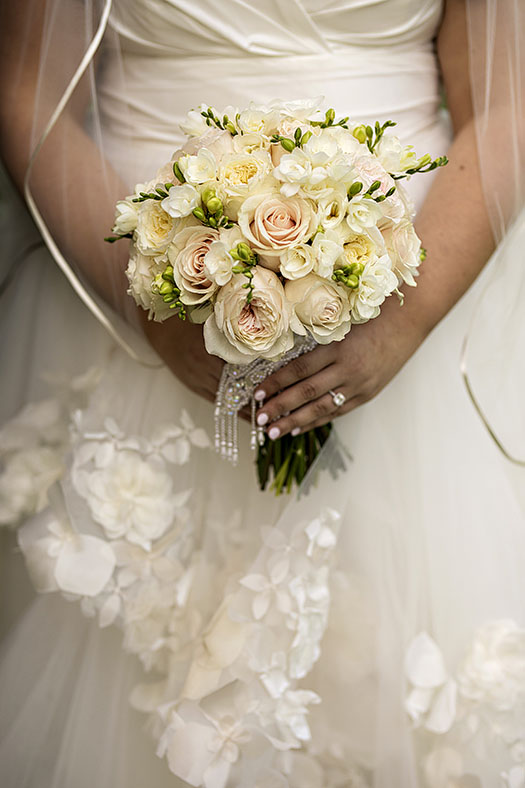 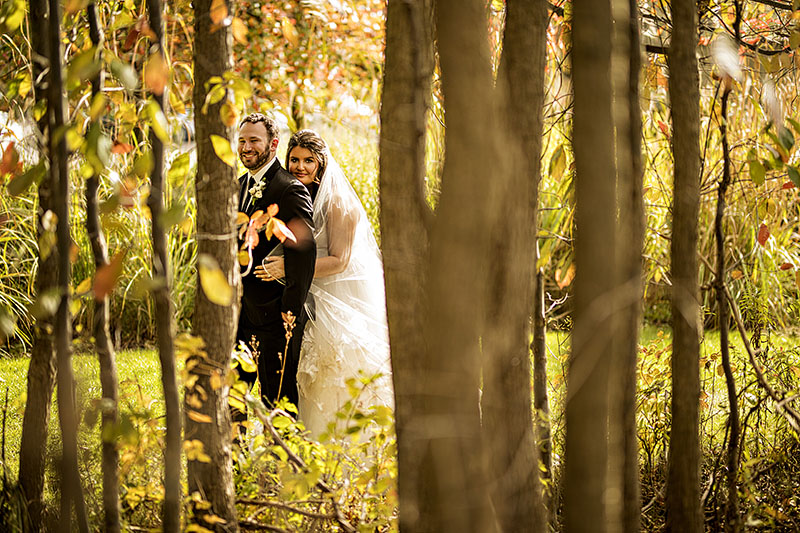 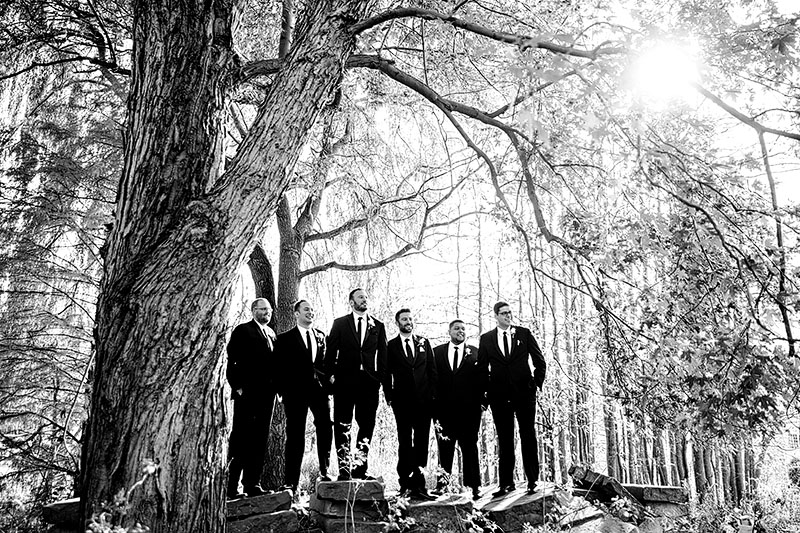 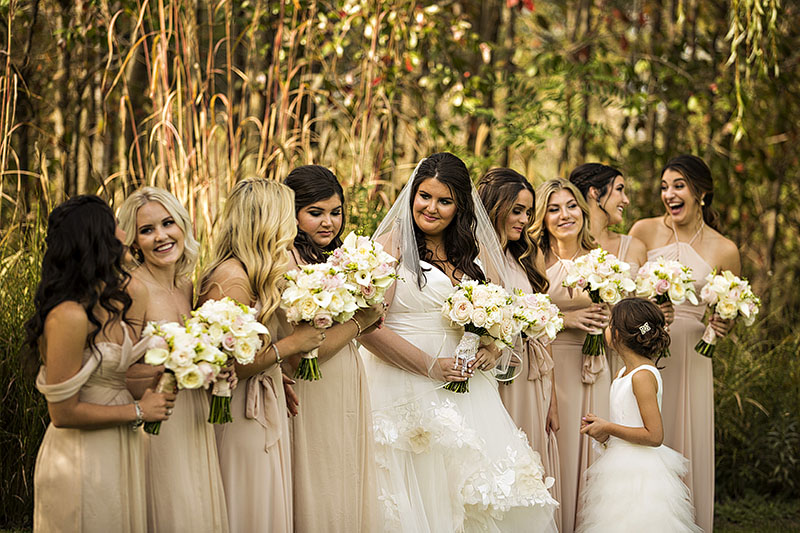 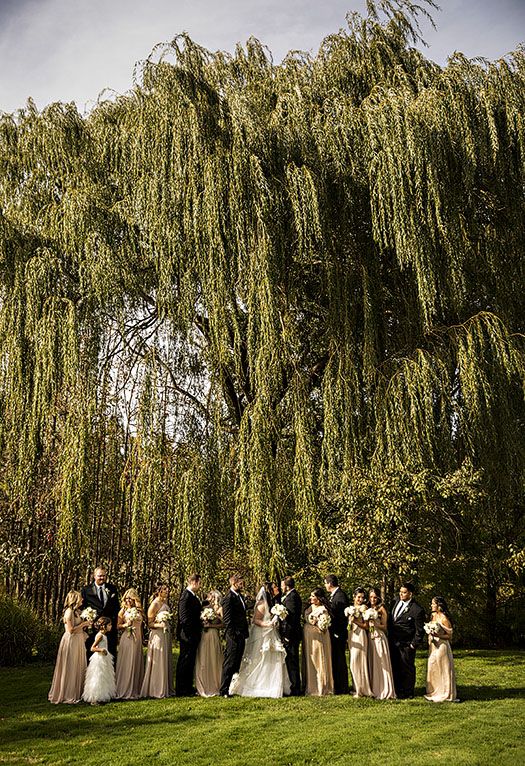 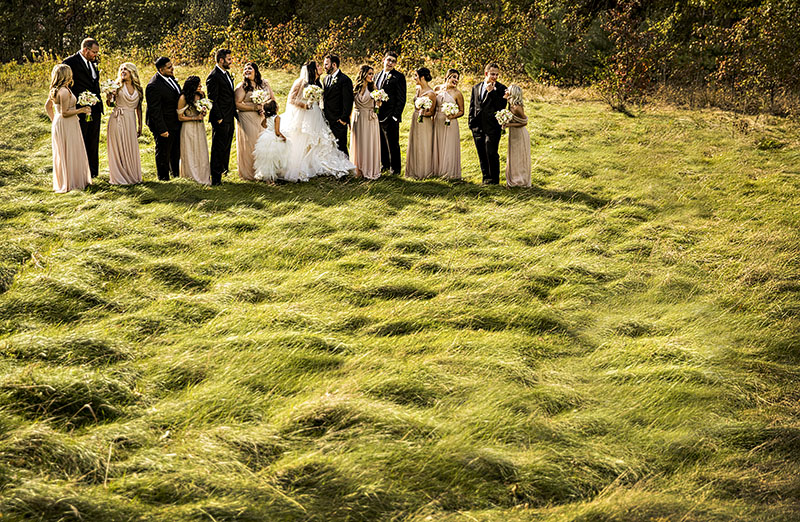 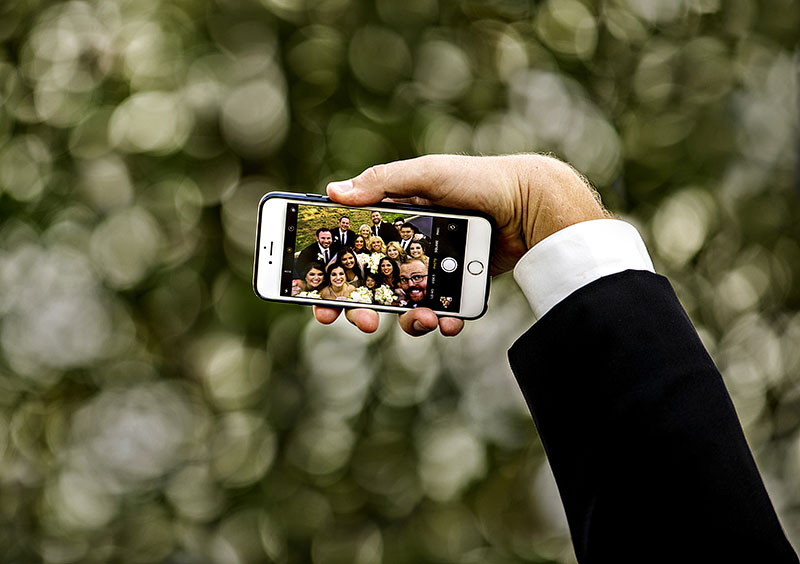 Groomsman Ben’s height helped him get all of the wedding party in a photo. 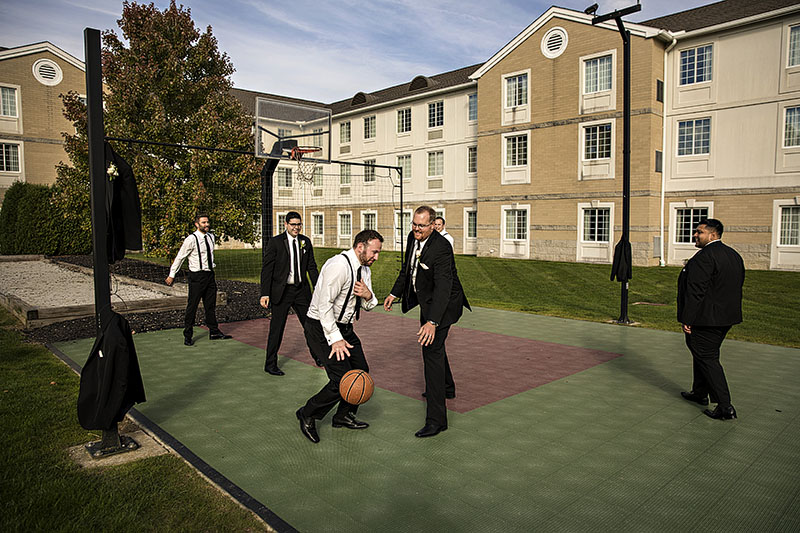 The guys played some basketball at Staybridge Suites before heading over to the Landerhaven wedding. 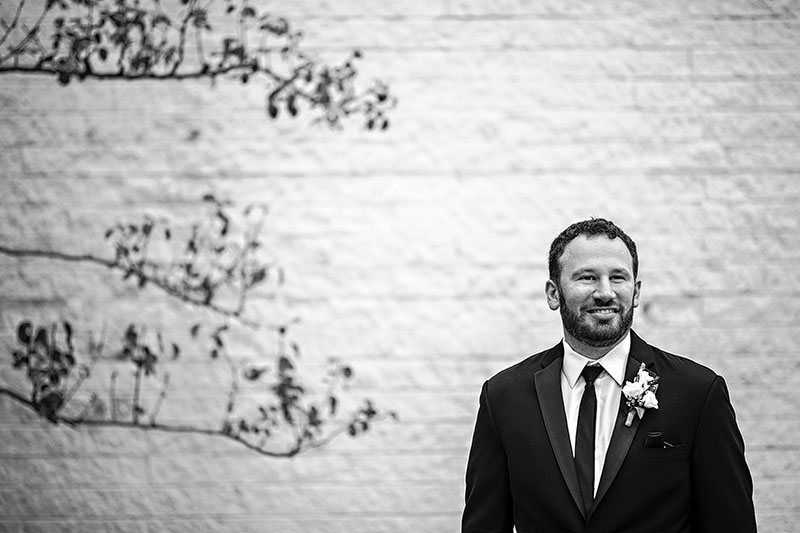 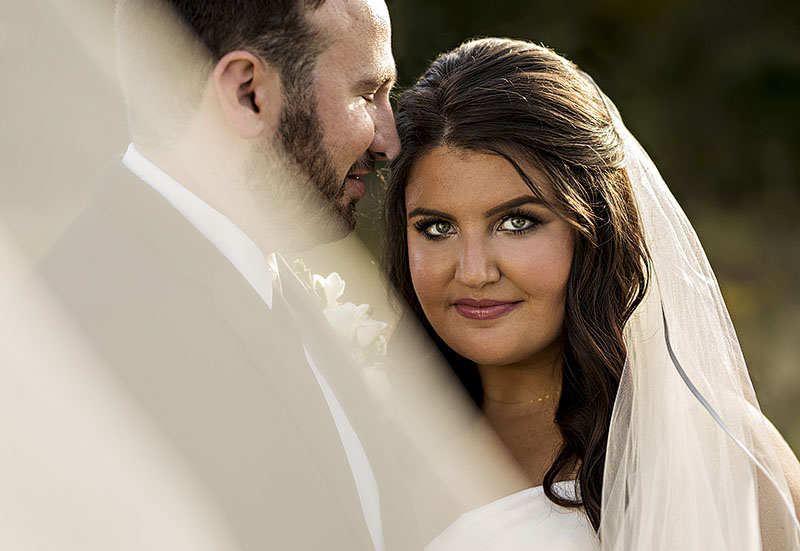 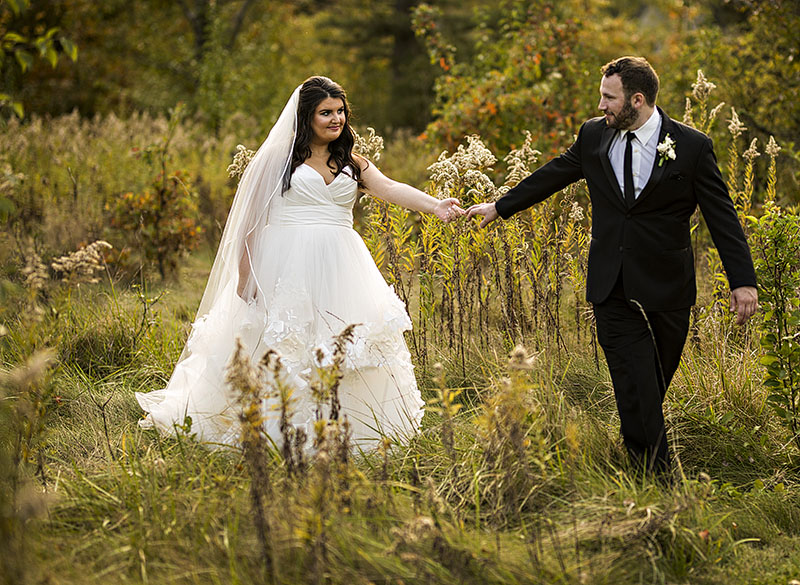 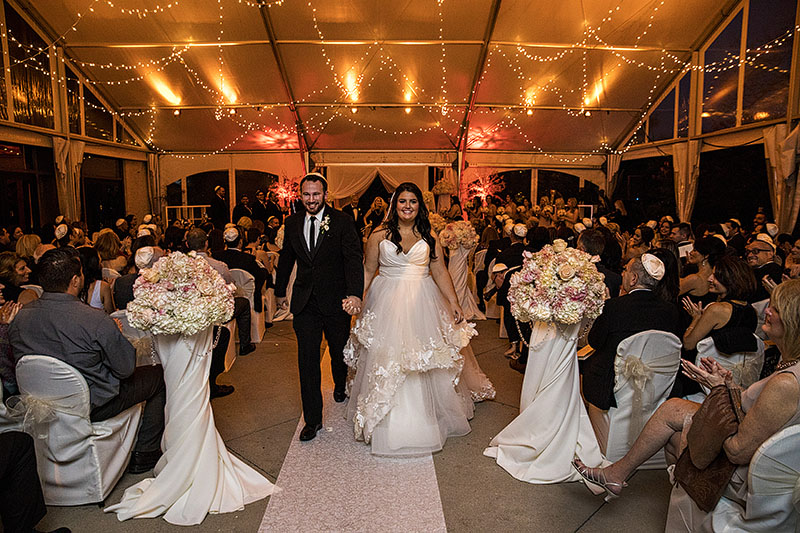 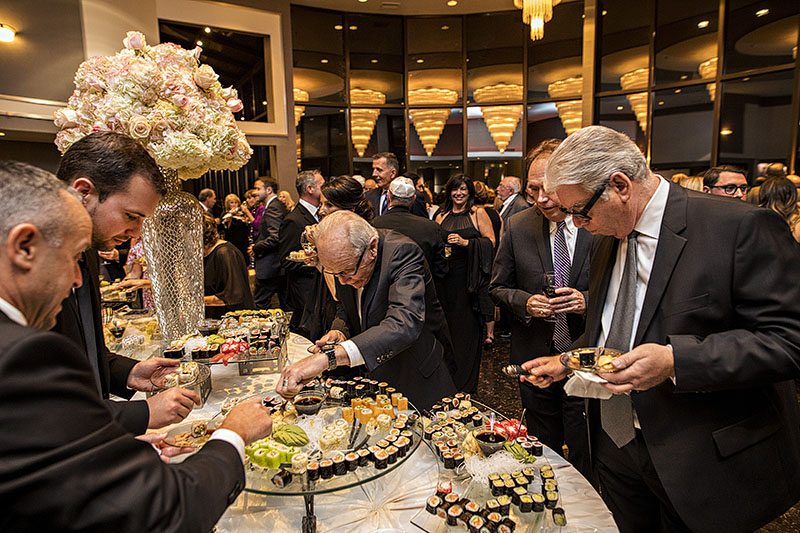 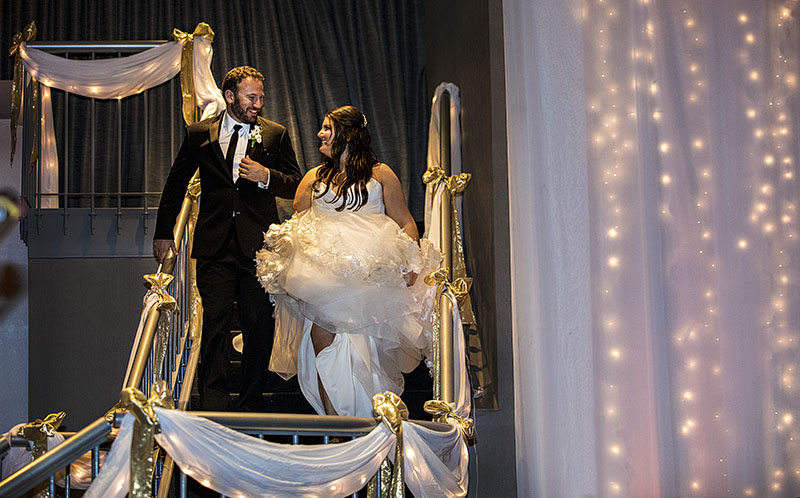 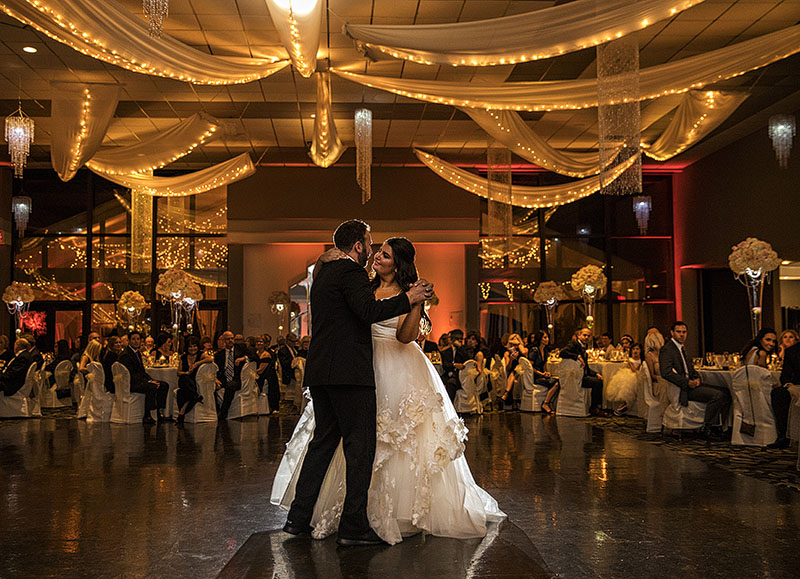 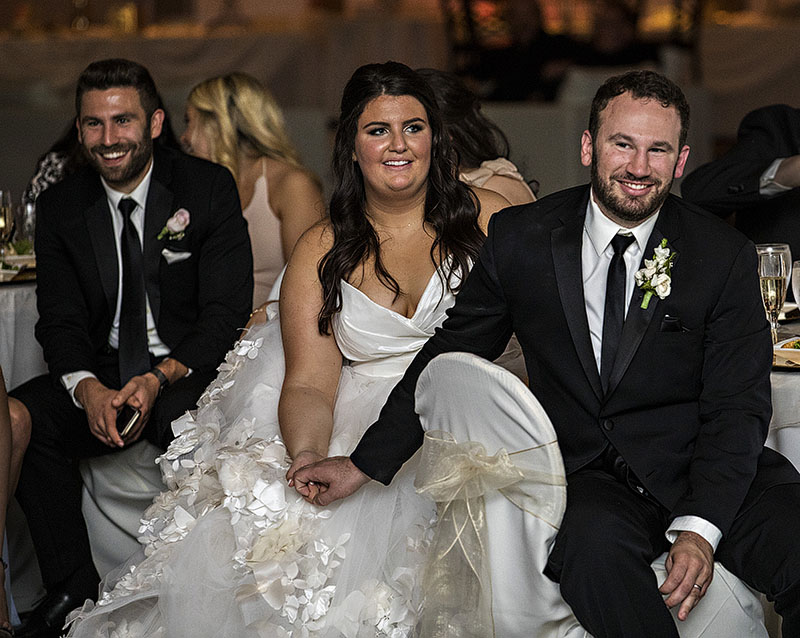 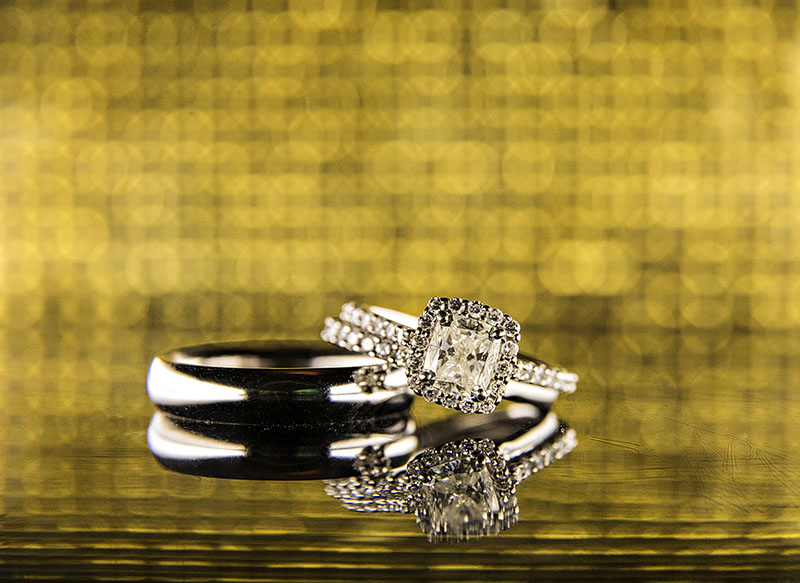 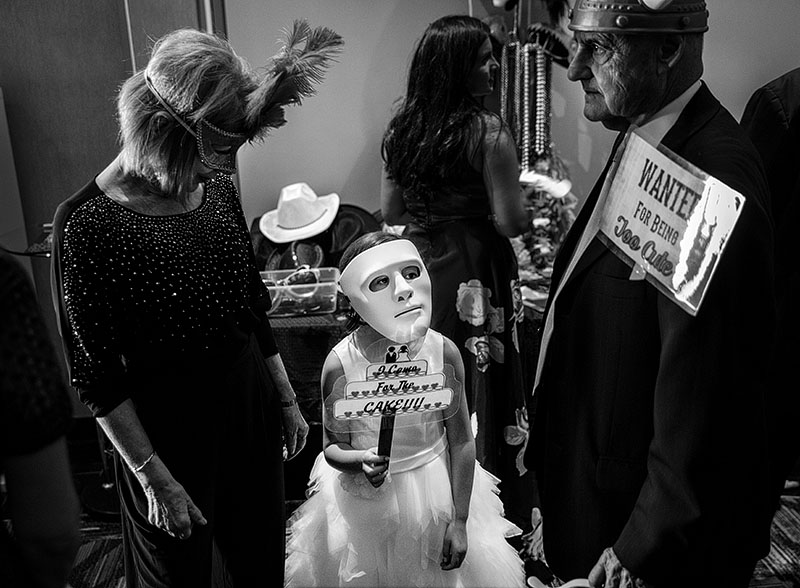 Morgan’s cousin and flower girl Cameron with Aunt Gail and Uncle Jack at the photo booth. 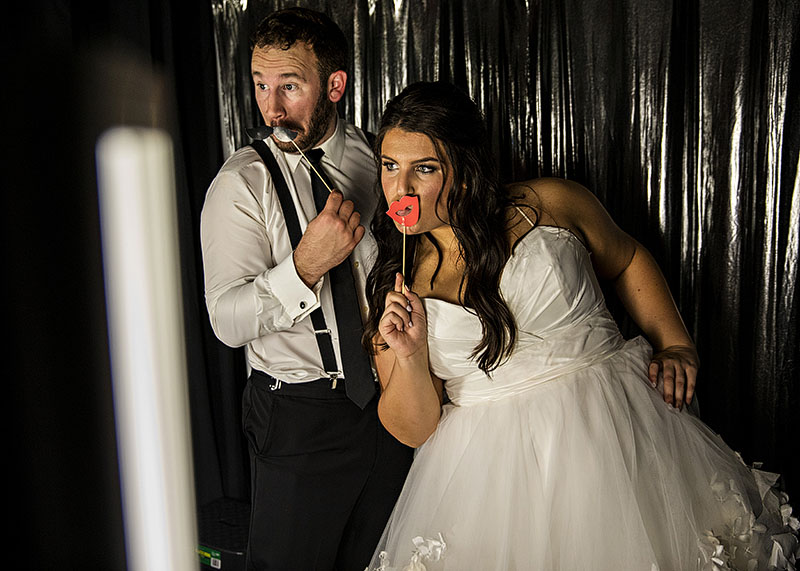 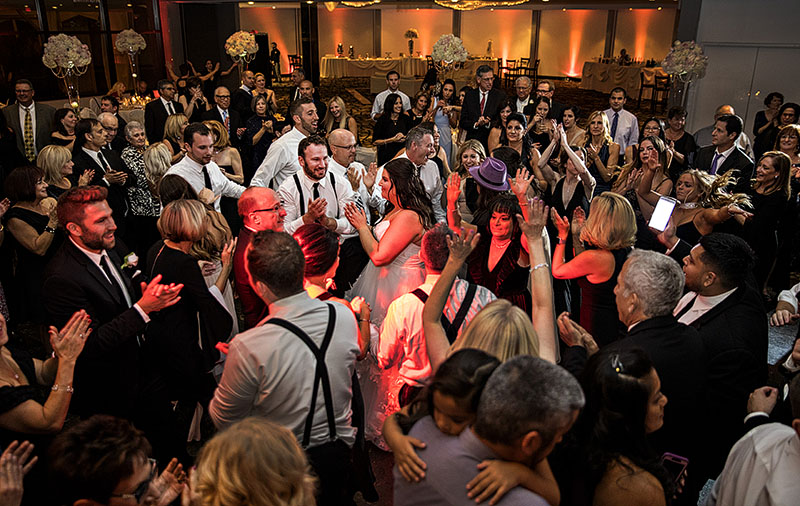 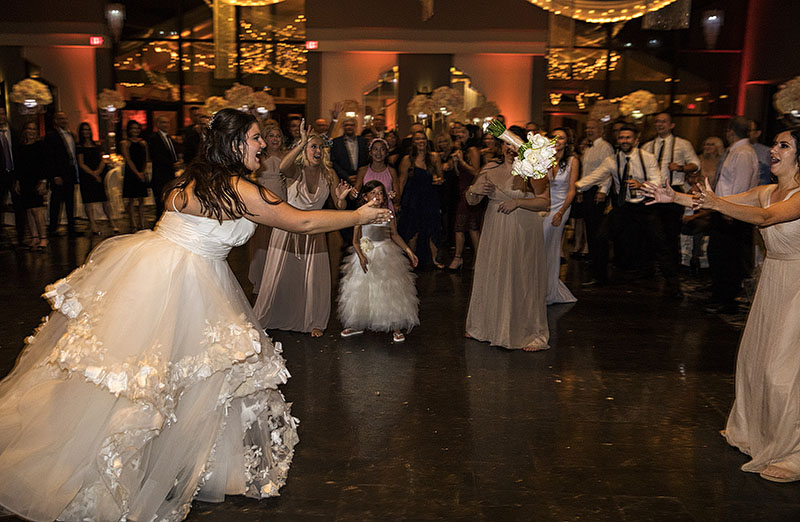 Morgan did a tricky side throw of the bouquet to her friend Mollie. 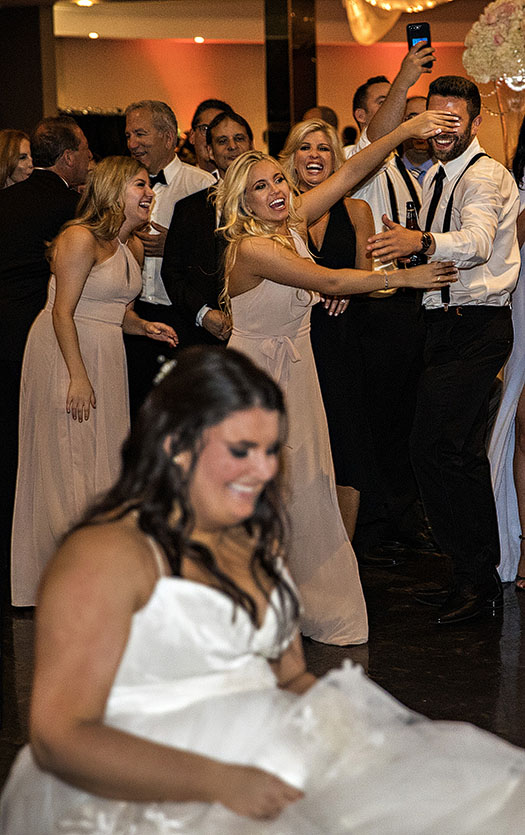 It seemed that some shouldn’t watch Mark retrieve the garter from Morgan. 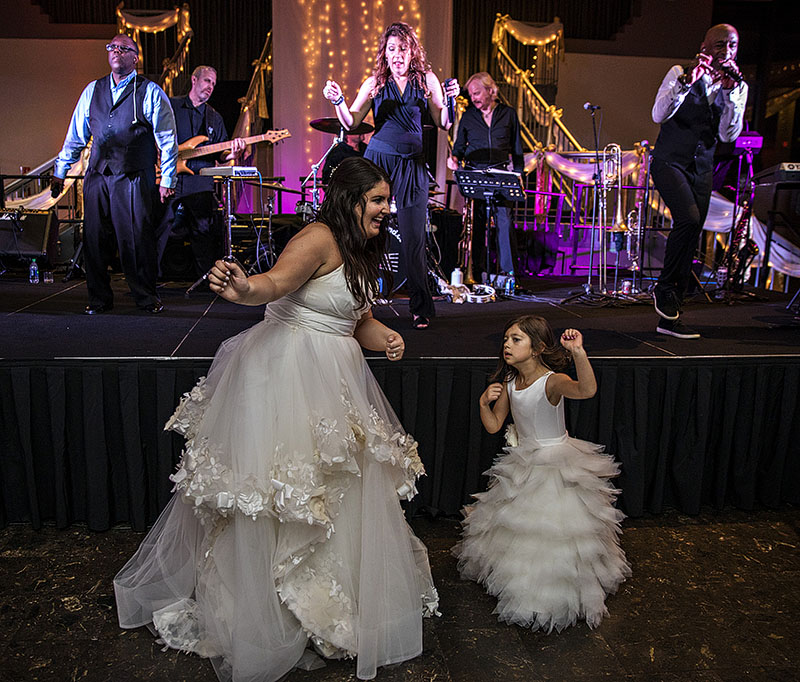 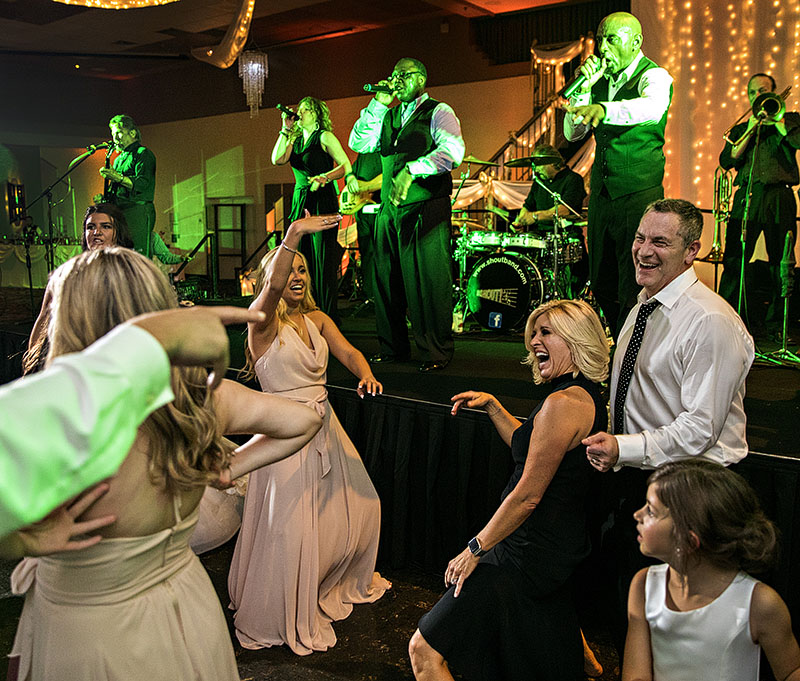 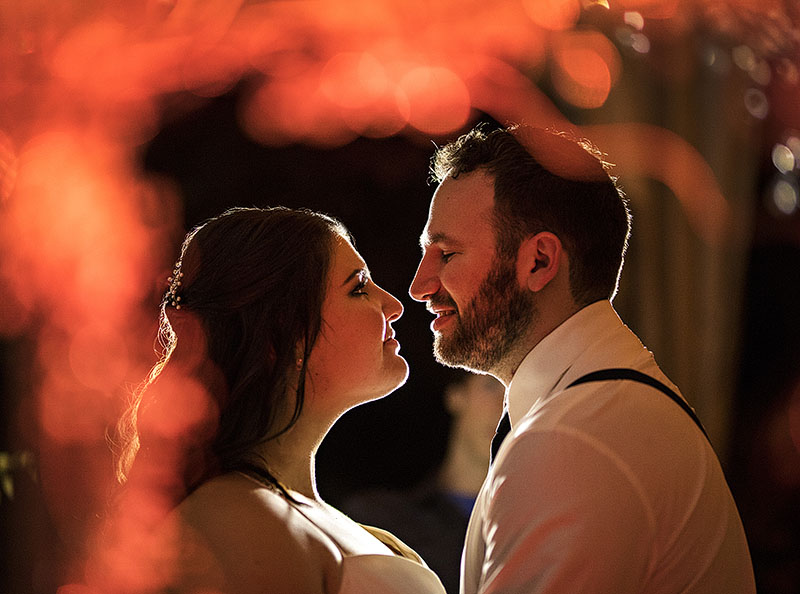 Thank you for viewing this Landerhaven wedding,