Rachael and Jeff’s Mapleside Farms wedding was a warm and beautiful day. 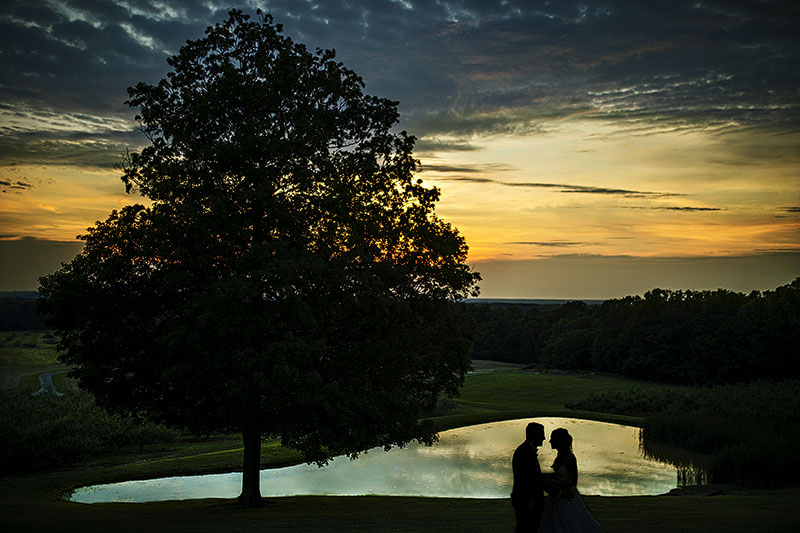 Rachael agrees. “It seriously felt like the hottest day of the year. It’s funny because we
selected that date thinking it would be our best shot at being cool. I am a teacher so we only had
June, July, and August to pick from and said “Ohh June won’t be that hot'”- we looked at previous
temperatures and figured it would be in the 70s – boy were we wrong! It was hot but it seemed like
everyone still had a good time because people were dancing with the band all night!”

We started in the air conditioned home of Rachael’s parents before I met the men at a local
hotel. Then we were off for the First Look and portraits before the Mapleside Farms wedding
ceremony. The farm has been in Brunswick since 1927.

We found a secluded and shady area in the Cleveland Metroparks. Flower girls Rosella and
Aryana are twins and nieces of Jeff. They were so cute-not to take away from the ladies
and guys cuteness of course!

The ceremony for the Mapleside Farms wedding was beautiful at the top of the hill overlooking
a pond and their orchard. The wind was a nice help with the heat although it did cause a
problem before the ceremony.

“The arbor fell down right before the ceremony. The flowers fell off the top and the
organza fabric flew off the birch posts. Luckily our friends and family were able to put it
back up and stabilize it as we pulled into the ceremony site. I was so excited that I didn’t
even realize it had fallen down until someone told me after the ceremony.”

Rachael said they had many reasons they chose a Mapleside Farms wedding and I’ll share
just a few of them. “When we entered inside Mapleside, we knew it was the place! It had a
different feel than the rest of the halls we had looked at. We liked how the dance floor
was in the middle and our goal was to get people dancing! We also liked the unique touches
of Mapleside – with the big open windows to watch the sunset, the wood, and iron work.”

One of the surprises of the night especially for Rachael was a flash mob. “When flash
mobs were popular I would always tell my family “I’m going to have a flash mob at my wedding
one day,” but when my sister approached me about it, for my actual wedding I told her that I
didn’t think I wanted one anymore. My sister Rebecca decided that she would plan it anyway.
She asked my cousin, Katie Brent and owner of The Turning Pointe dance and fitness studio in
Solon to choreograph the song with there. They even included my “signature dance move” into the
Party Rock Anthem some (which looks similar to the chicken dance) which was the funniest/best
party. While also being sort of embarrassing.

“I heard they spent countless days splicing the music together and choreographing a
dance everyone could learn. They then asked a few family members to join in the flash mom and
sent the video out on in a secret Facebook group. They would have flash mob practice parties and
she even meet my one of my bridesmaids in the Metroparks to practice one day after work. When the
bridesmaids first started dancing with Jeff I was shocked but when EVERYONE joined in I was beside
myself. I was sobbing – but happy tears!” 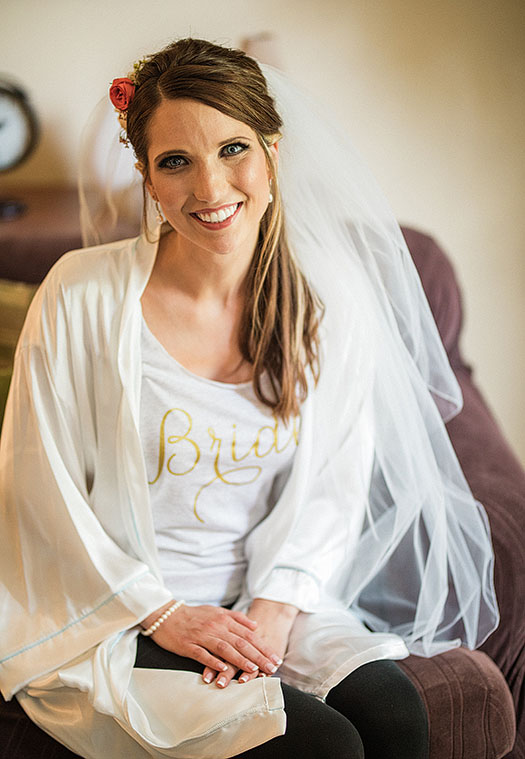 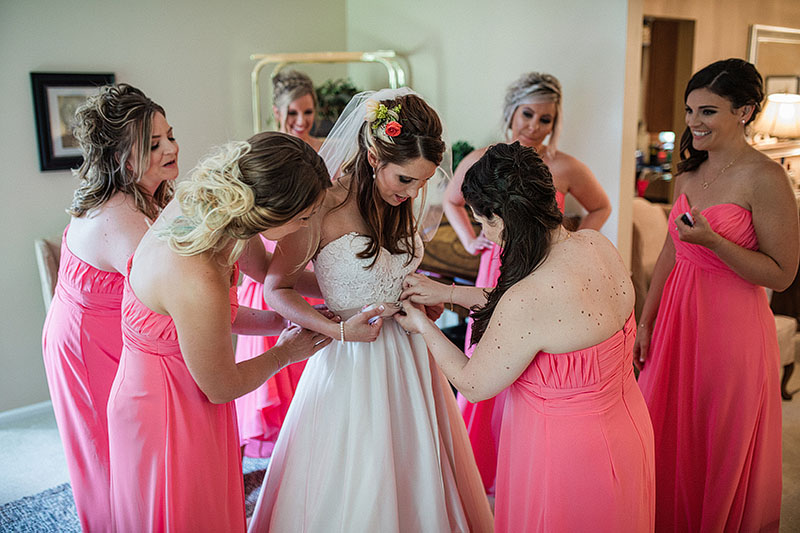 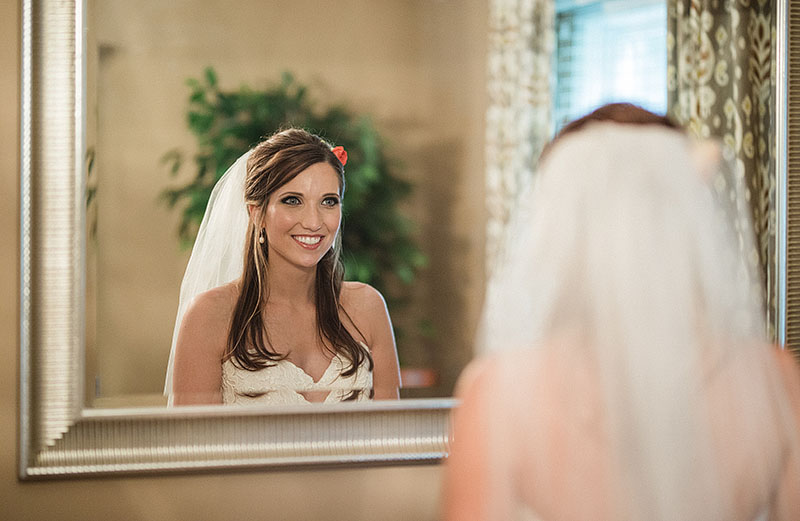 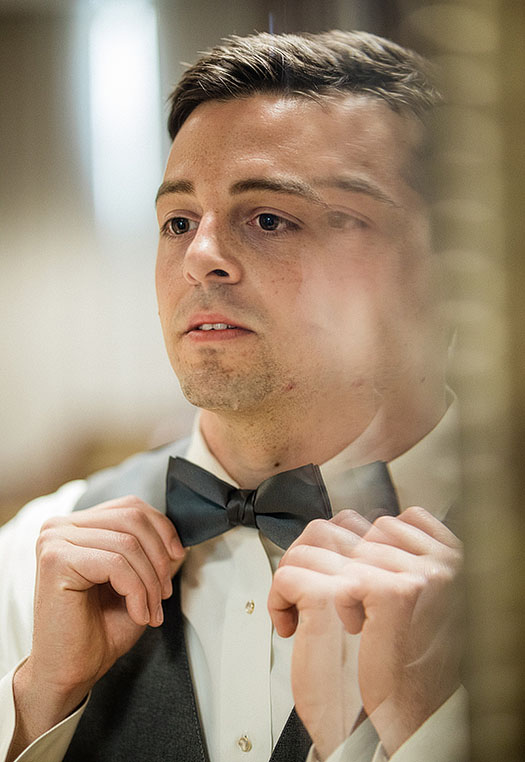 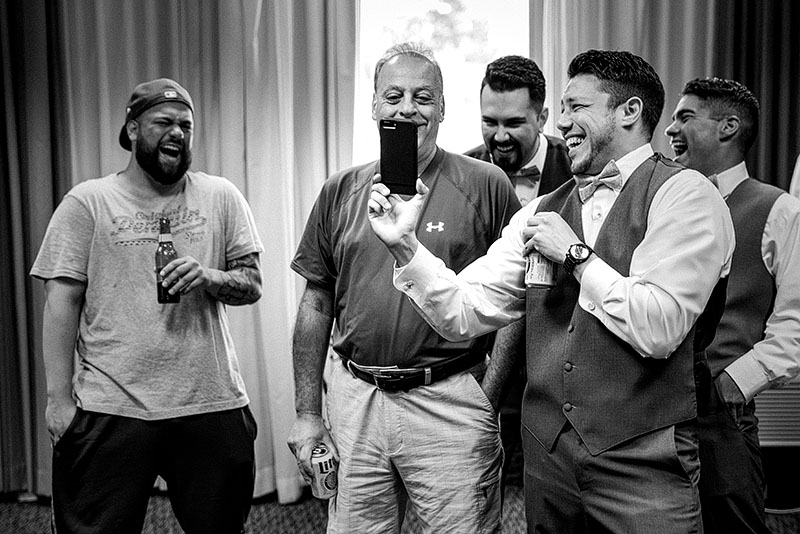 The guys including Jeff’s father, Dan, enjoyed pictures and videos on Snapchat from the bachelor party. 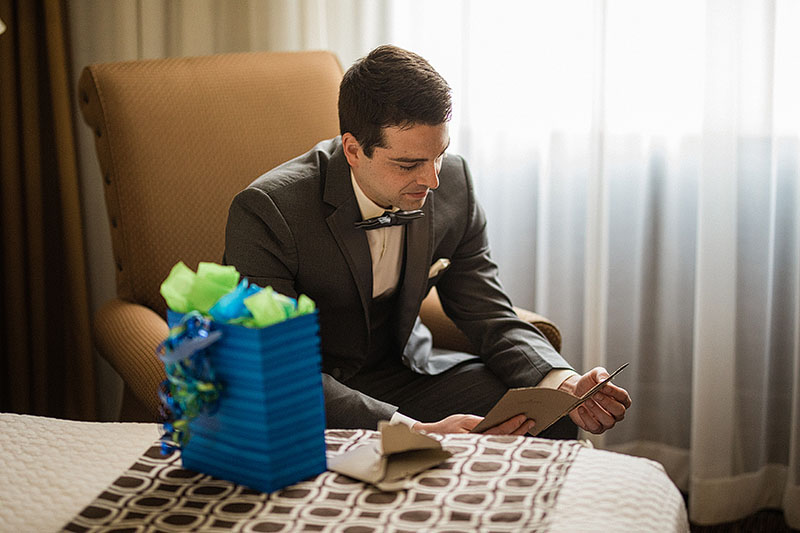 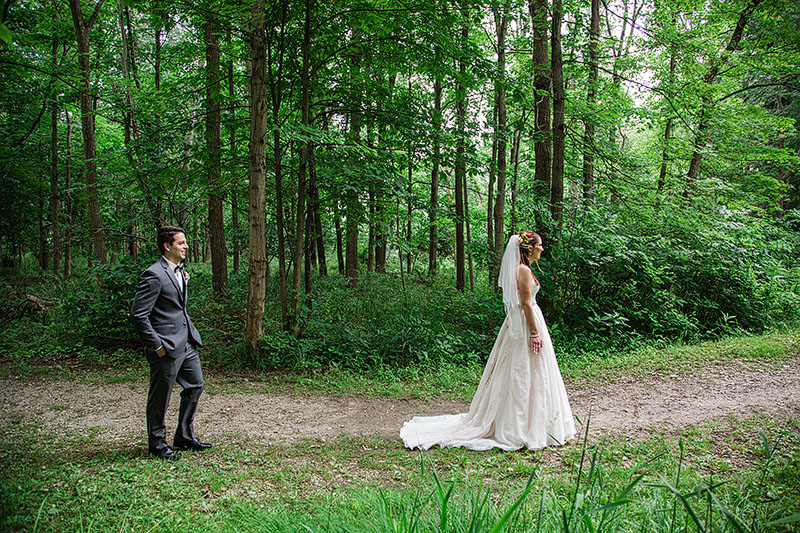 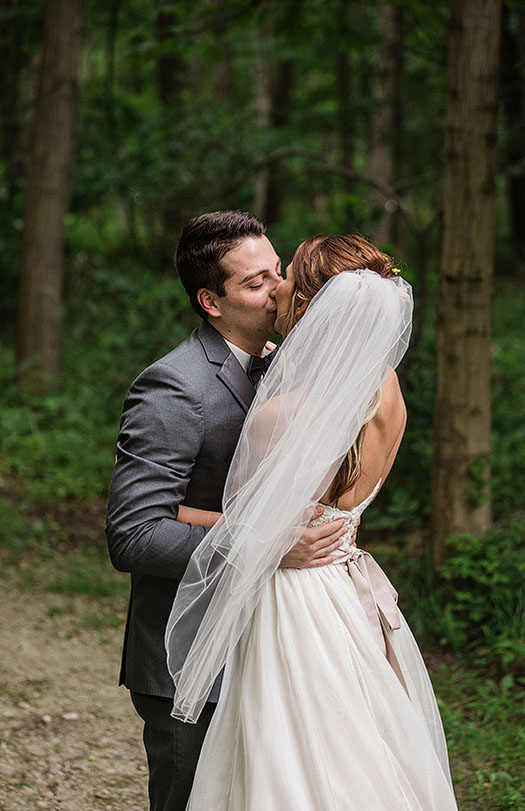 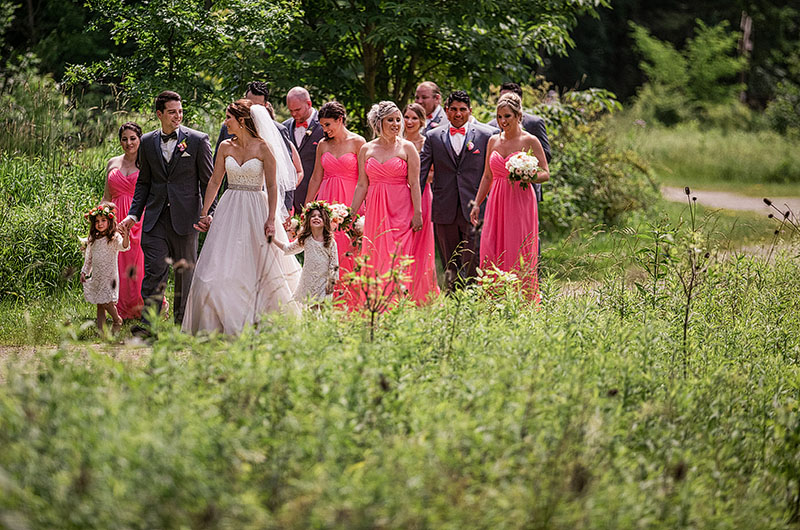 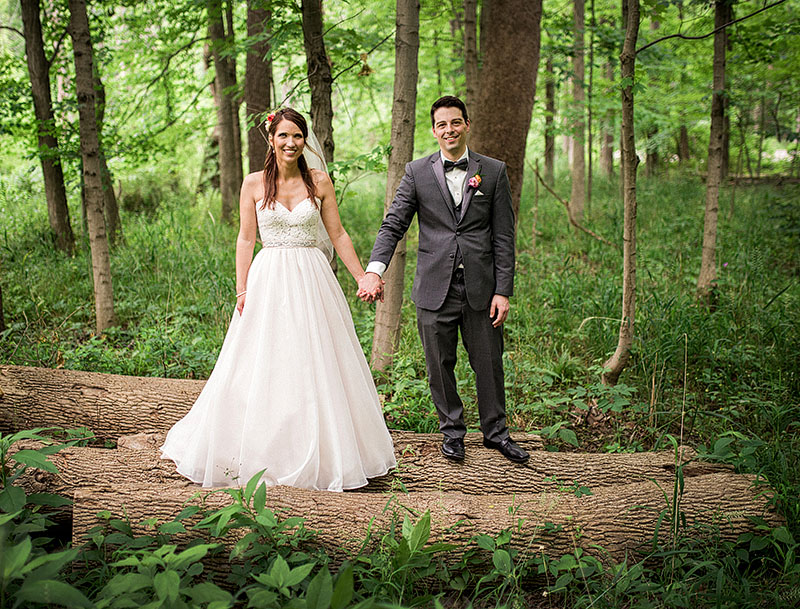 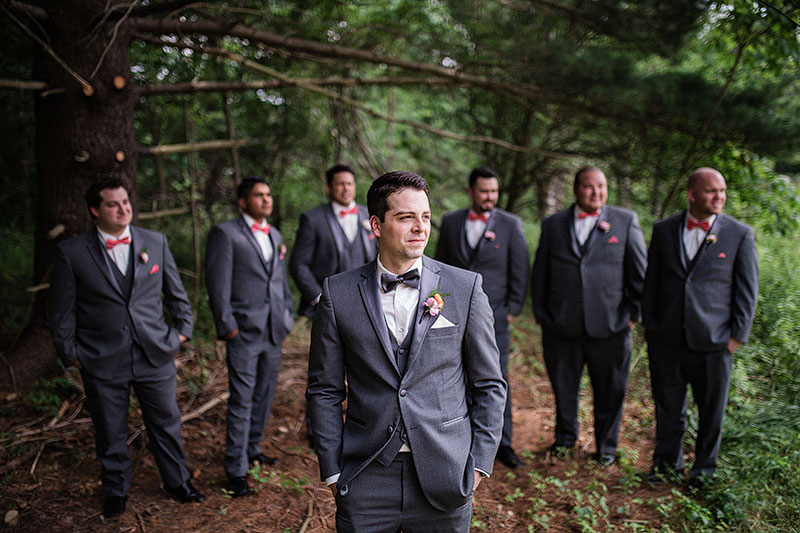 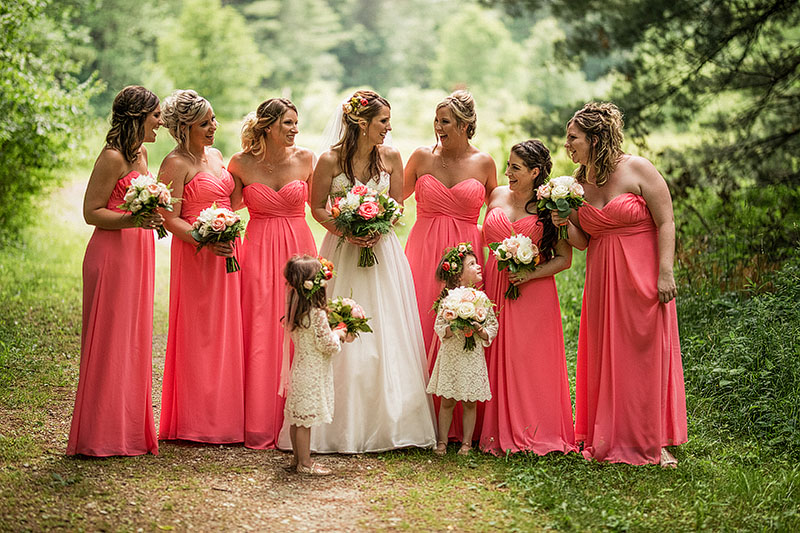 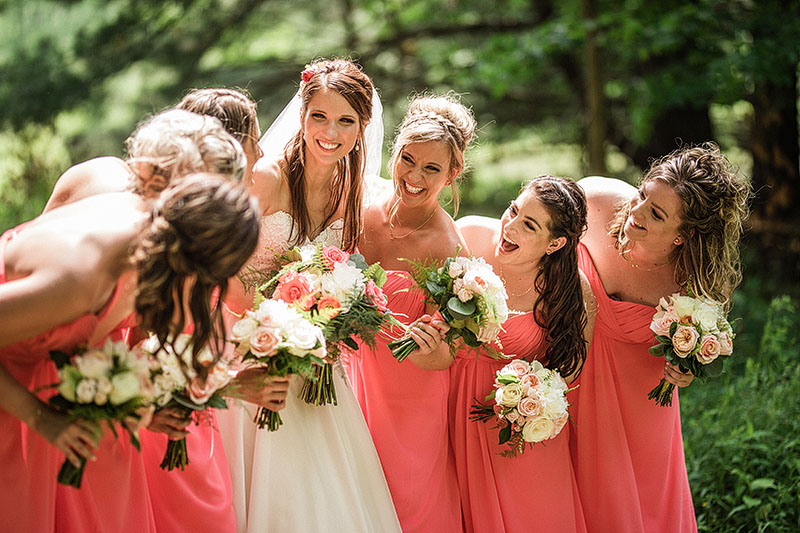 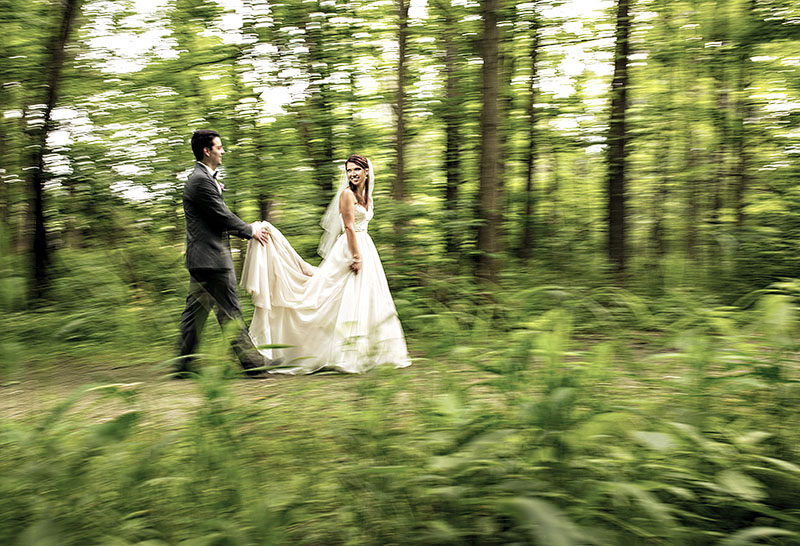 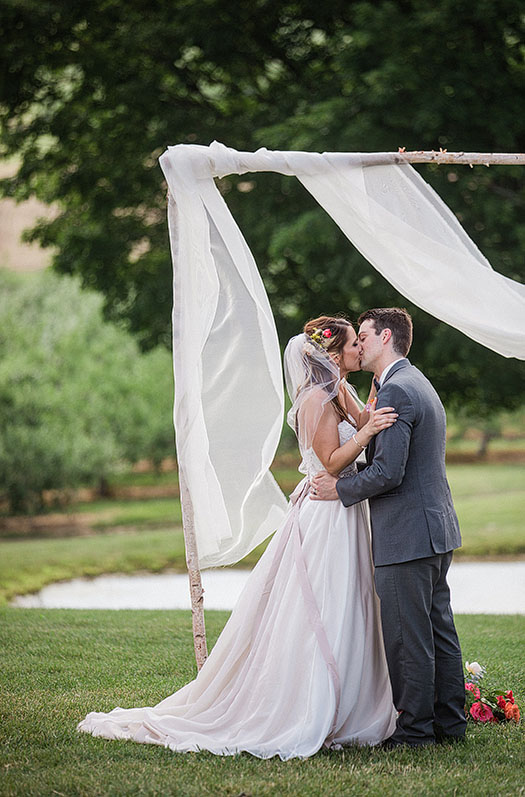 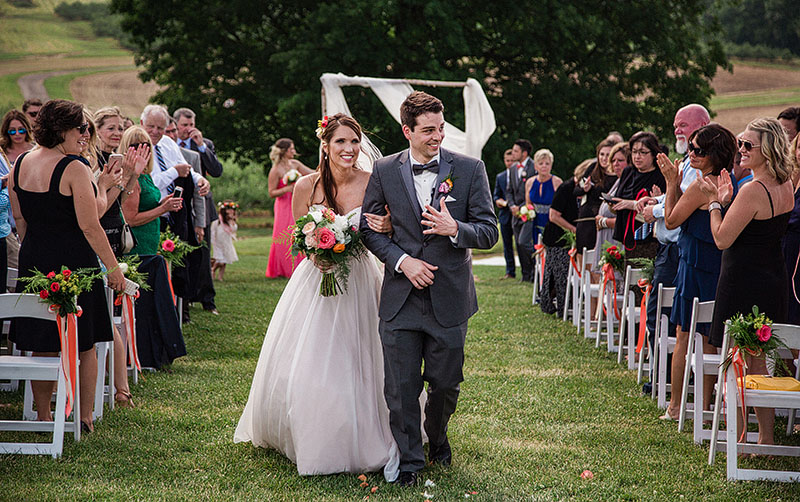 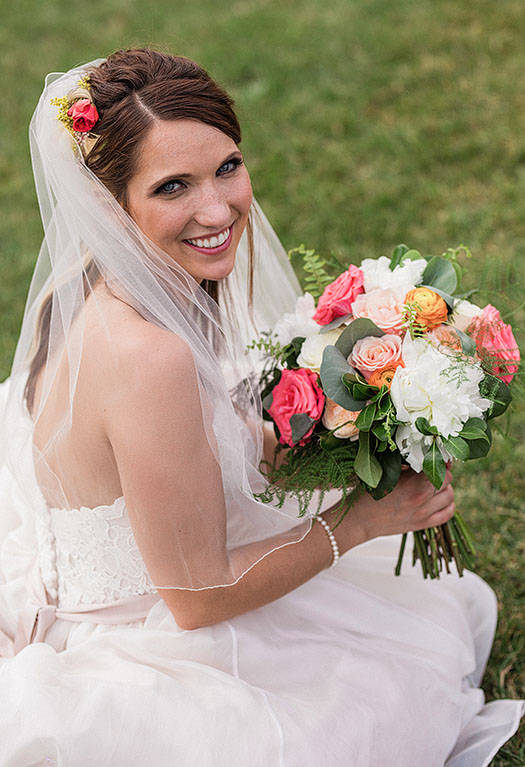 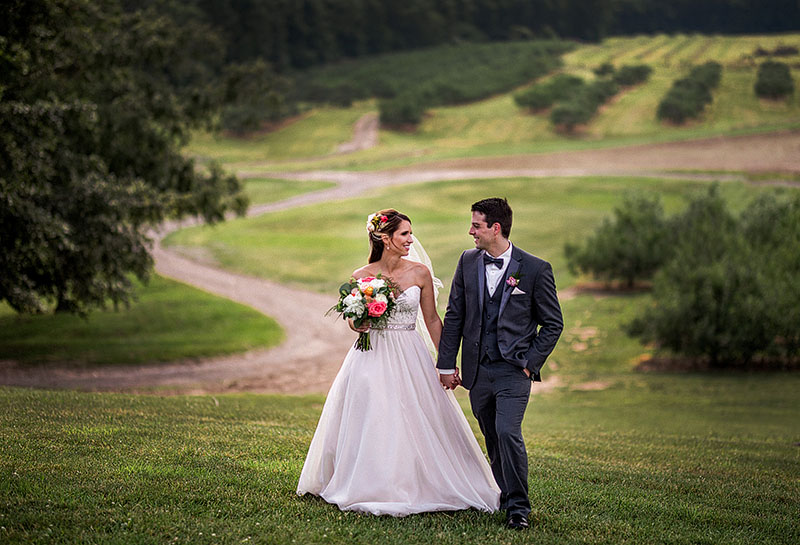 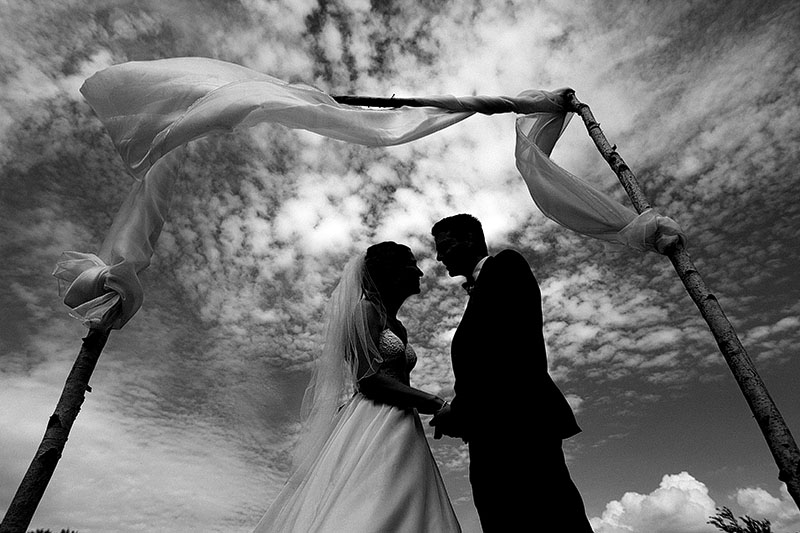 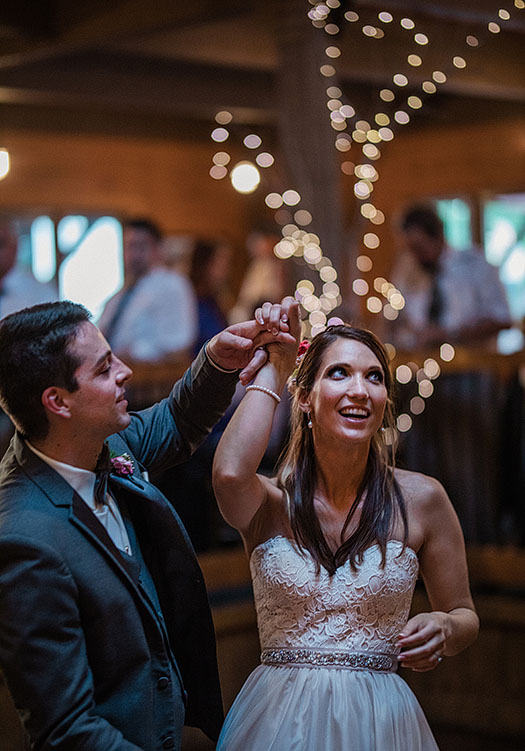 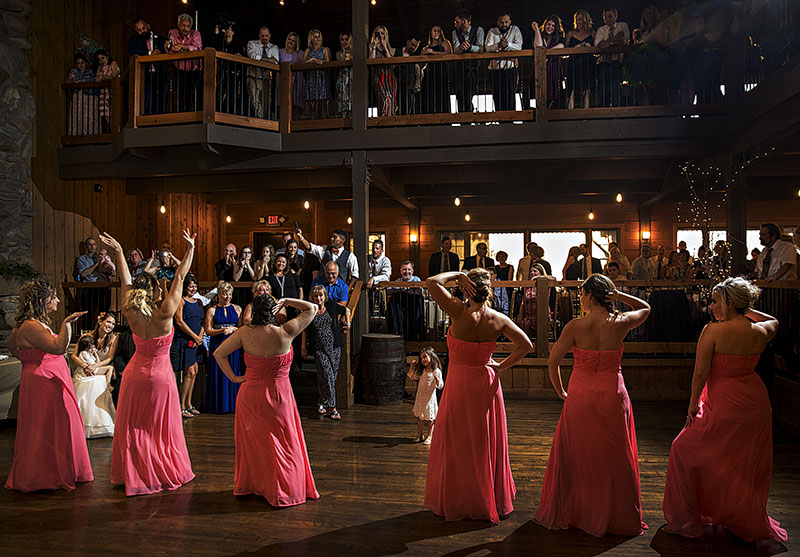 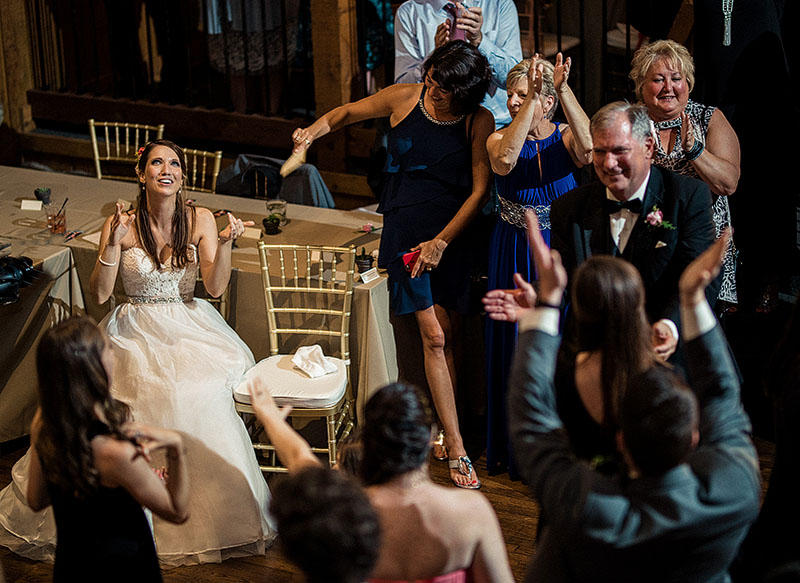 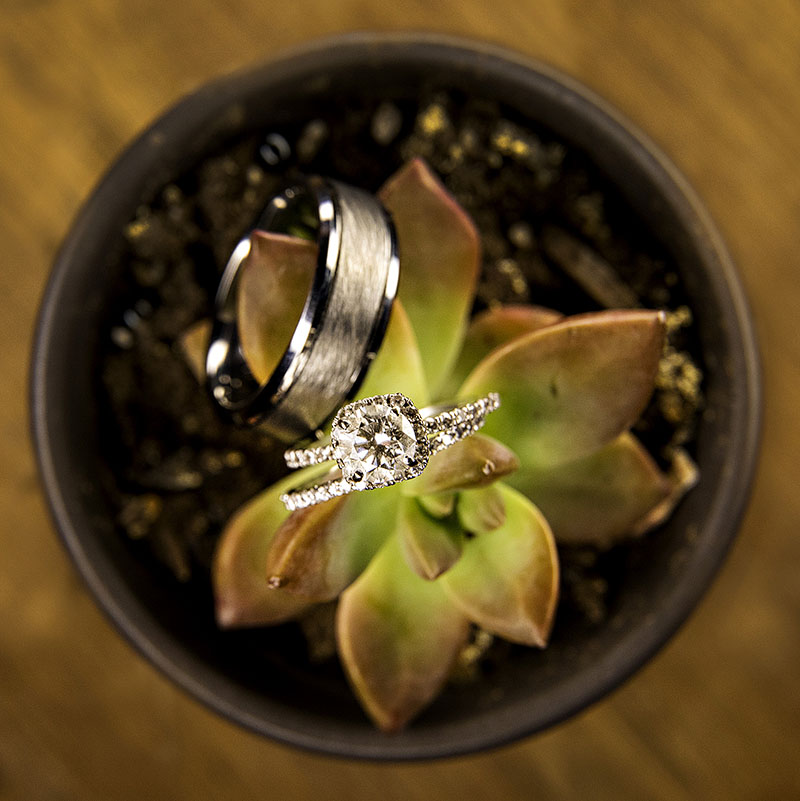 Rachael decided to order succulent cuttings rather than the plants and found out how
much work it was to make 200 of them. 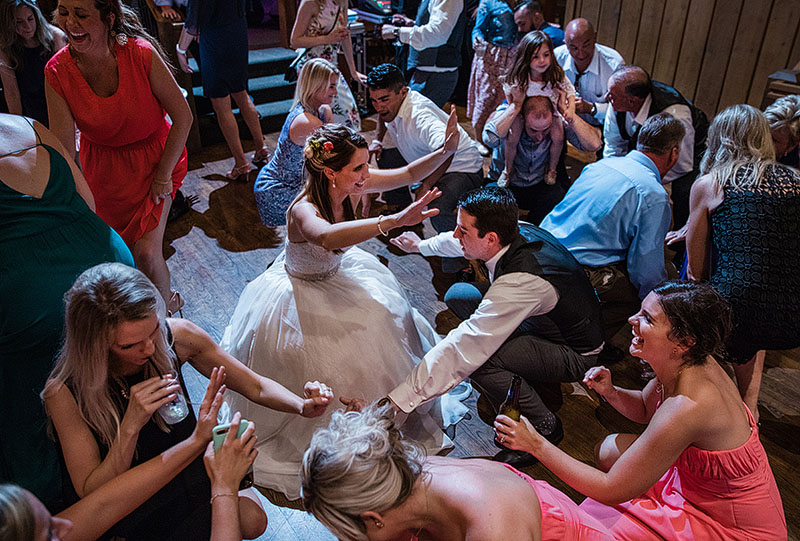 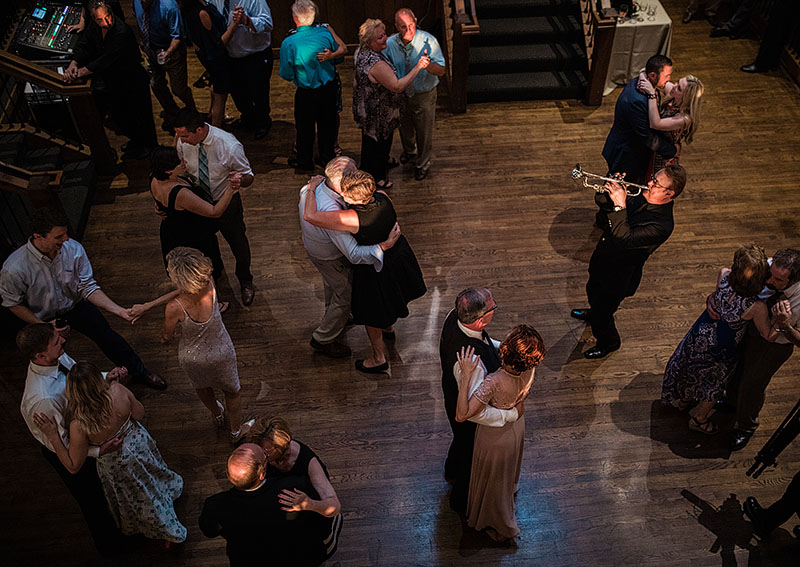 Mike Fisher of the Orchestra plays on the dance floor. 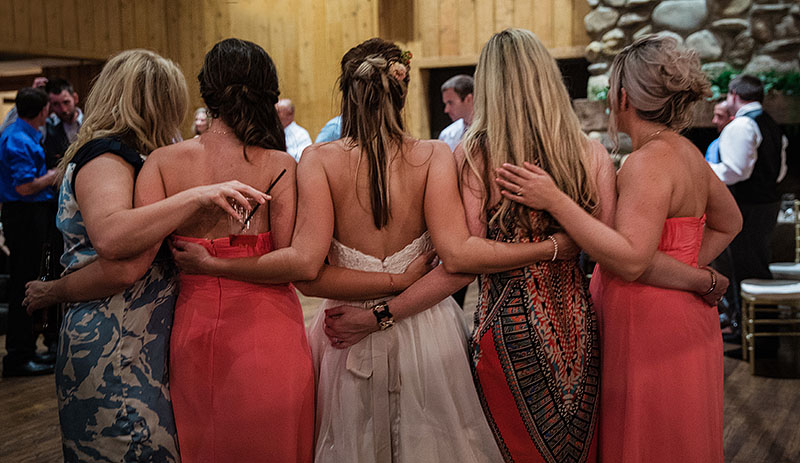 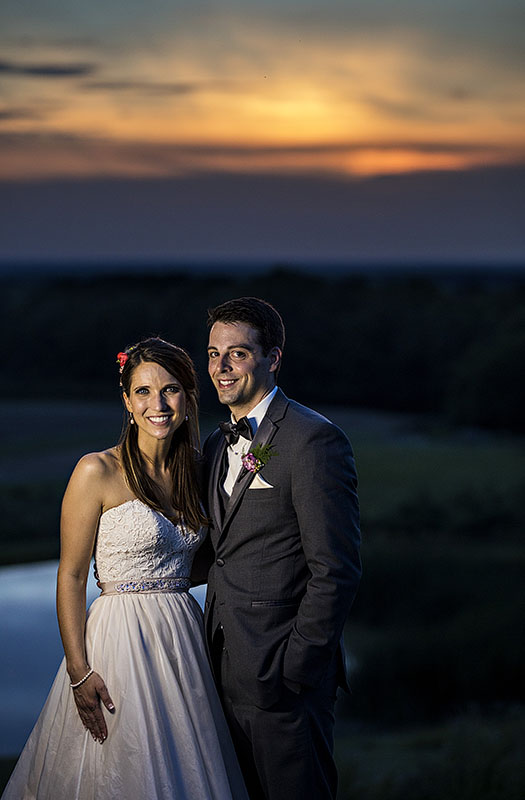 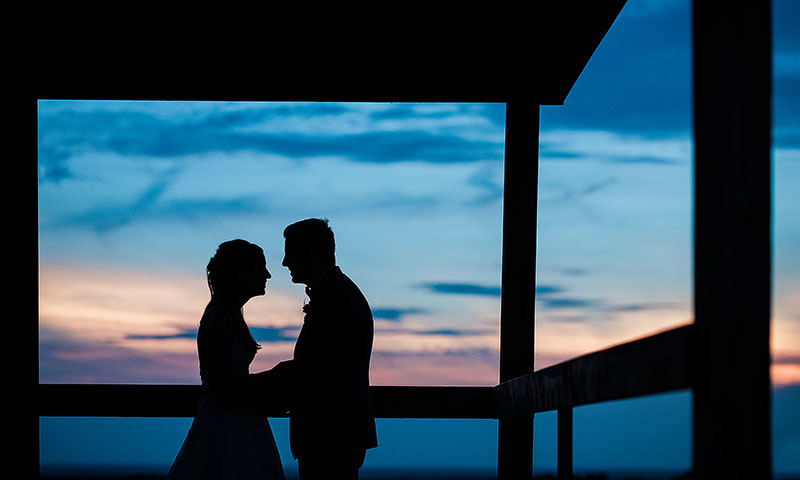 To see their engagement photos in Cleveland, please click here:

Thank you for viewing this wedding,