Erica and Tim’s New Year’s Eve Cleveland Wedding was a fun way to bring in 2017! 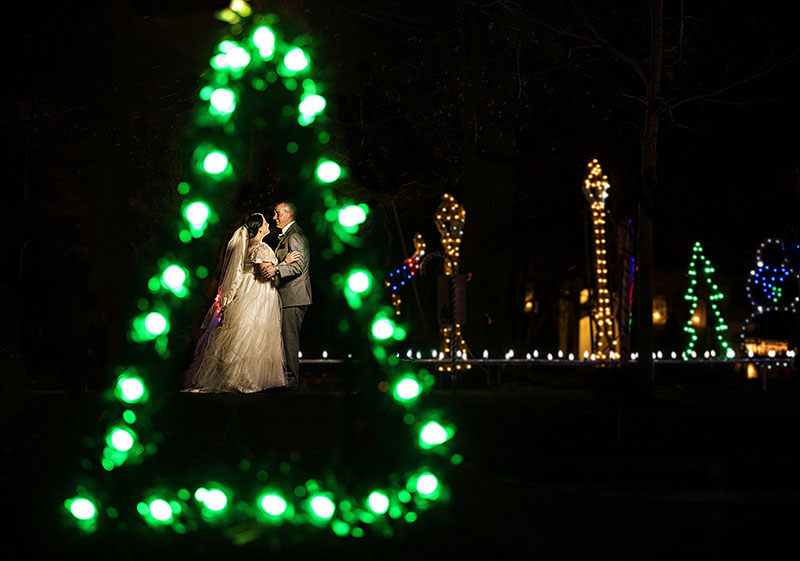 Erica and Tim picked New Year’s Eve because “we figured it would be the best party ever!” as Erica said.
“Who doesn’t like free drinks and food and it gave people a reason to go out for the
holiday. So many of our friends and family complain about not having anywhere to go.”
So Erica and Tim solved that!

We met at the church in Mentor-St. John Vianney where Erica was getting ready with her vintage wedding dress. Her
grandmother, Bev, bought it for her wedding in 1957. “My grandfather, Don, actually made
the last payment because he was tired of waiting to marry her. My mom, Barb, then wore the
dress to marry my dad, Bill, in 1984. The bridal veil was from my great aunt Gloria.”

Tim was already at the church too and being a guy, he was dressed and ready.

Father Tom and Michael conducted the ceremony. Michael was a classmate of Erica and Tim’s at Lake Catholic High School.

After the ceremony it was important for Erica to visit her grandfather’s grave at Claridon-Troy Cemetery.
Don passed in April. “My brother Gene and I are their only grandchildren so they came
to everything we did and went on many trips and vacations with us. I have always been
papa’s little girl. That was the first time my brother Gene and his girlfriend Stephanie
had gotten to see the headstone.” I felt honored to witness this and it reminded me of my
photojournalism days at the Plain Dealer.

After this we decided to visit the home of the Great Geauga County Fair which has been around for 195 years.
Although it’s closed for winter there were some great barn and grandstand backdrops for photos.

The bus by A-1 Mr. Limo was warm which was crucial as we travelled around Lake and Geauga counties and to
our next stop-Lost Nation Airport.

Tim is a First Lieutenant in the United States Air Force and had permission for some inside photos at the
airport’s hangar. He’s currently serving at Laughlin Air Force Base in Del Rio, TX.

From there we went through beautiful downtown Willoughby which was still lit up for the holidays.

Once it was time for the reception we went to the Patrician Party Center where we would all be until
after midnight. DJ Jesse Webb kept everyone dancing all night. I should mention that the
gorgeous flowers were from Bleil’s Secret Garden.

Are you still reading? If so, let’s take a break and look at some photos! 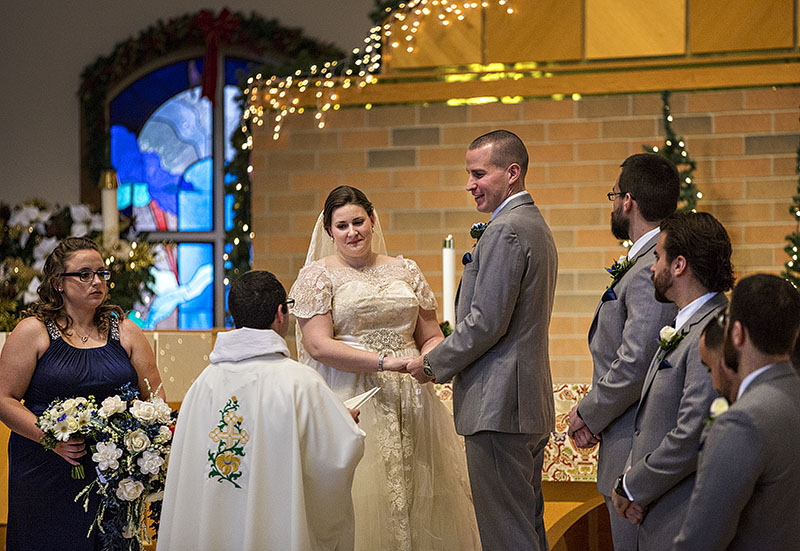 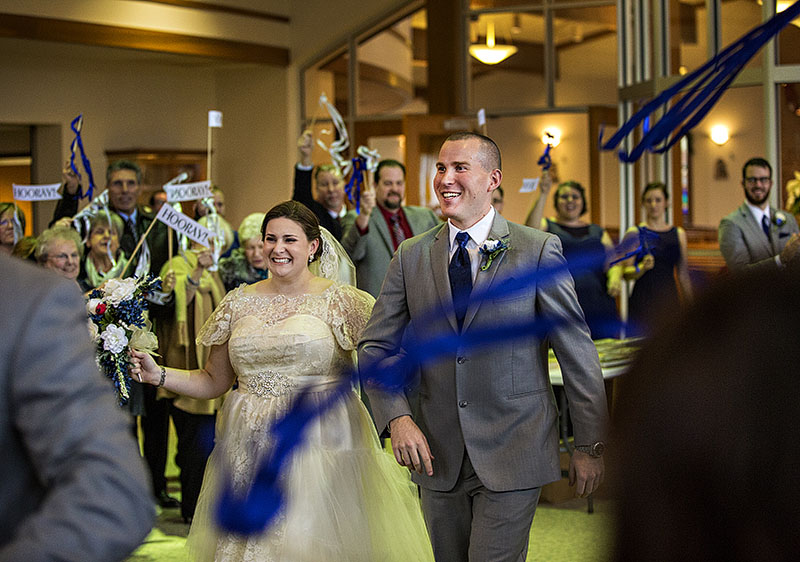 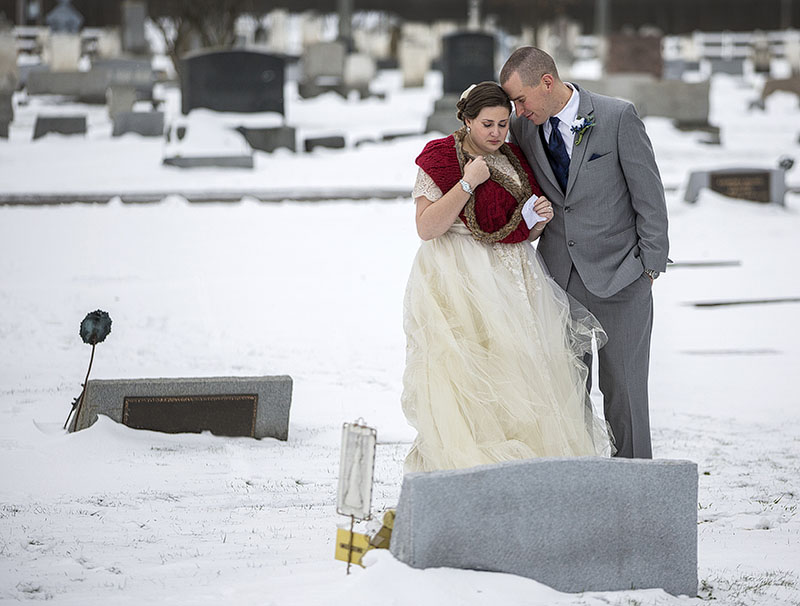 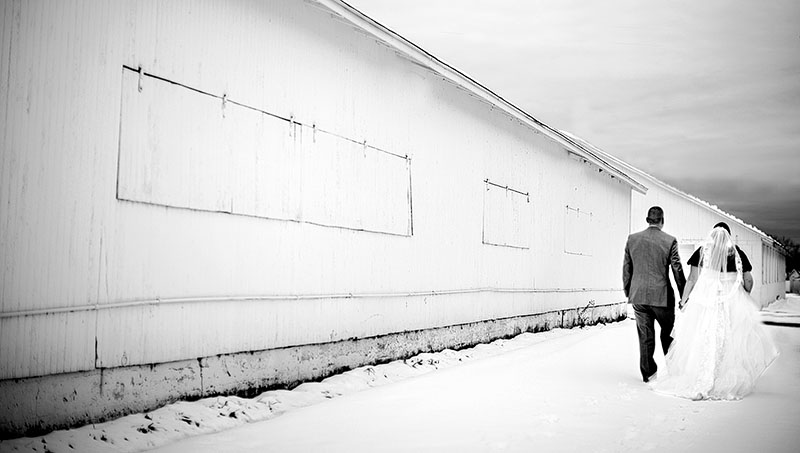 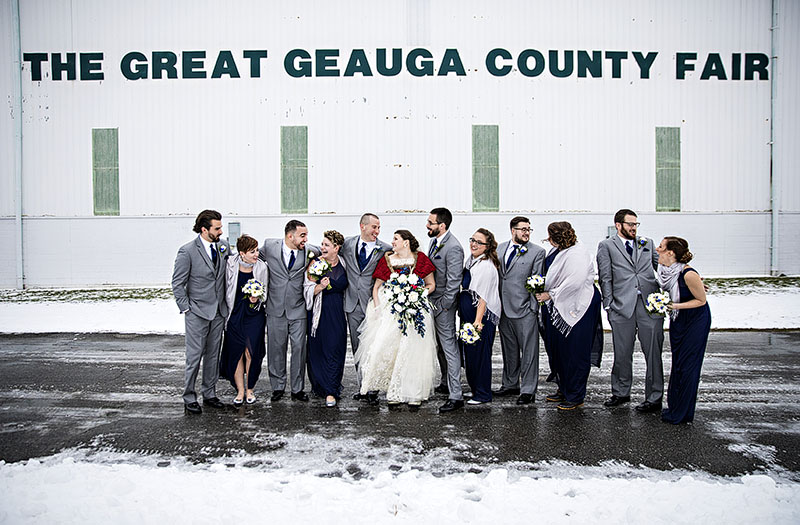 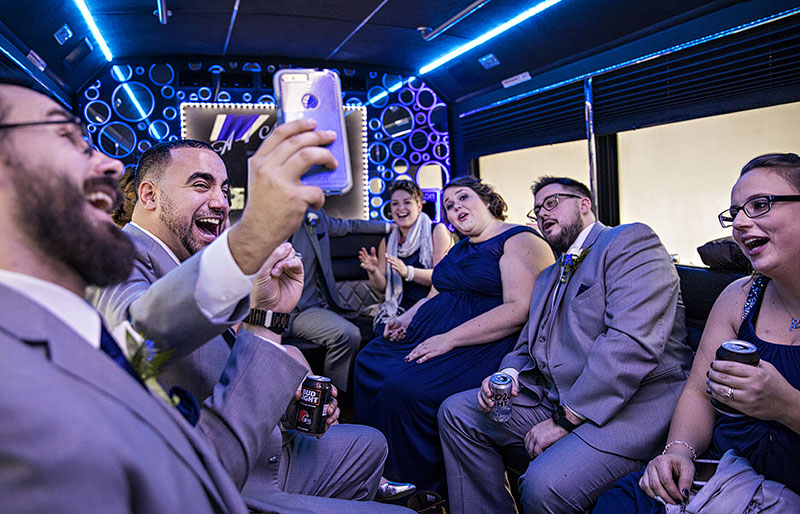 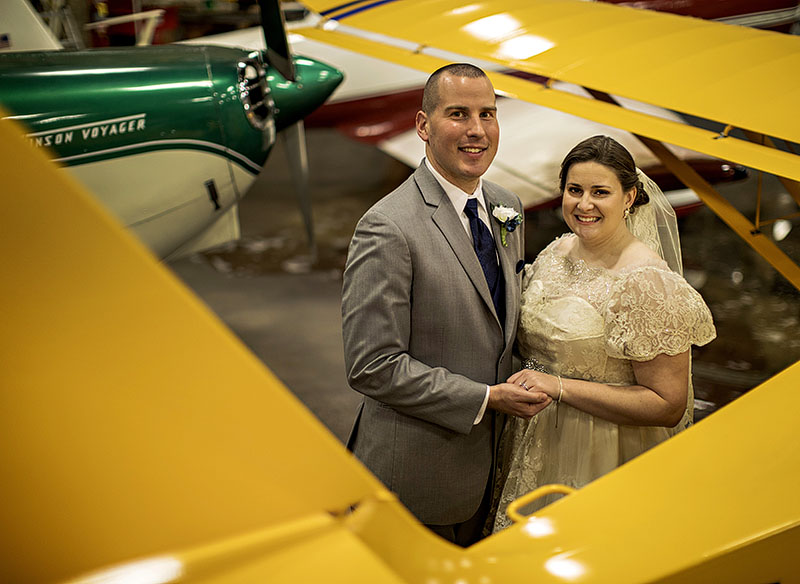 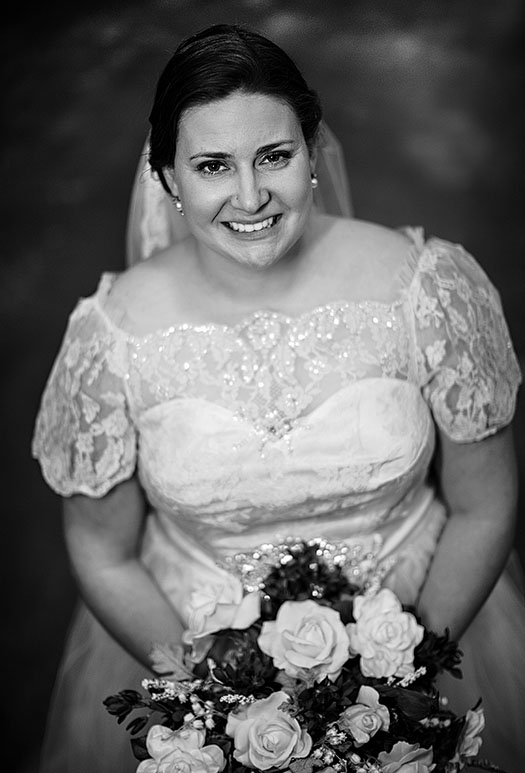 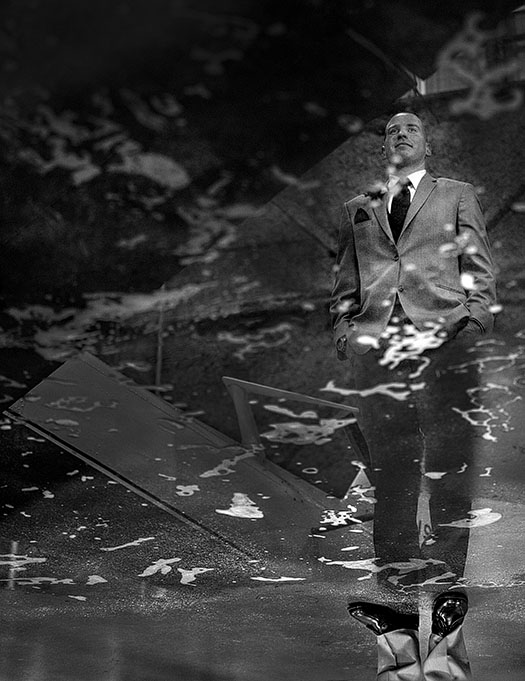 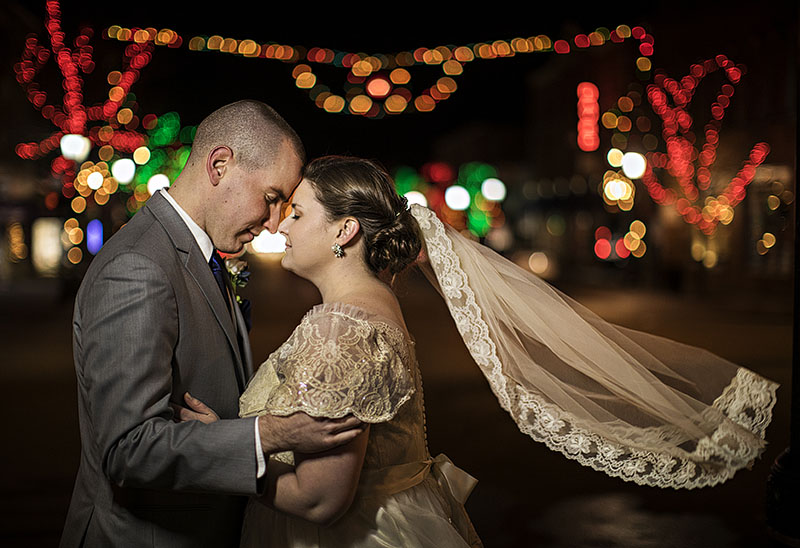 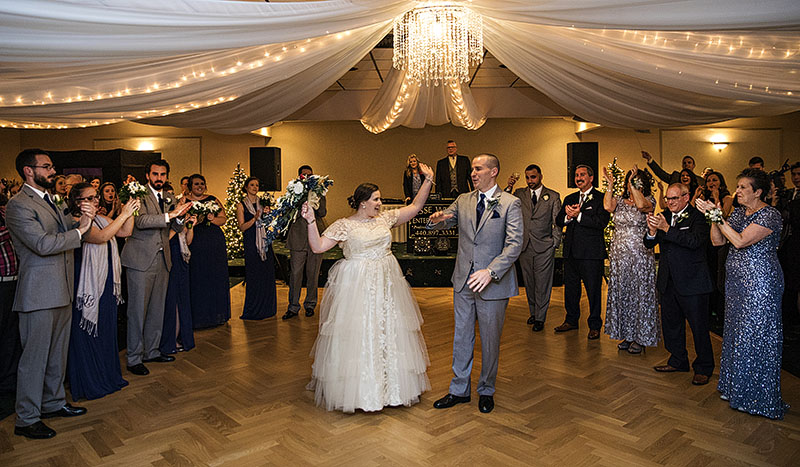 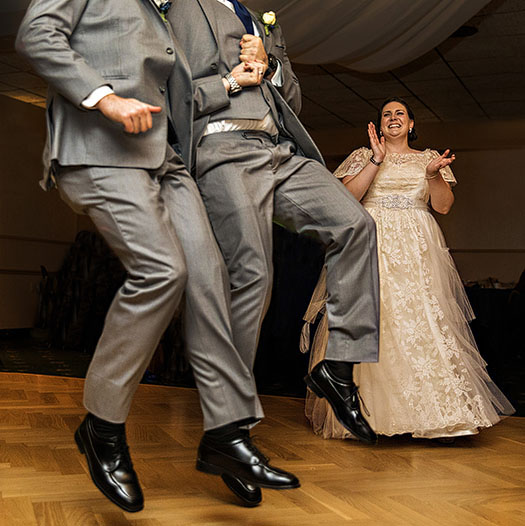 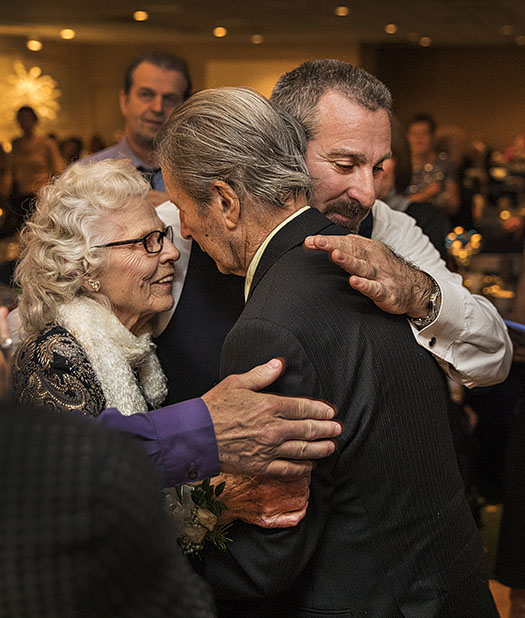 I love capturing family moments and when Tim’s grandparents, Irene and
Stephen danced it was moving to see all of the family and
friends surrounding them. Erica said, “They are both in
their 90s and grandpa suffers from dementia/Alzheimer’s.
Grandma is the only person he recognizes. Spanish Eyes
was their favorite song to dance to.” 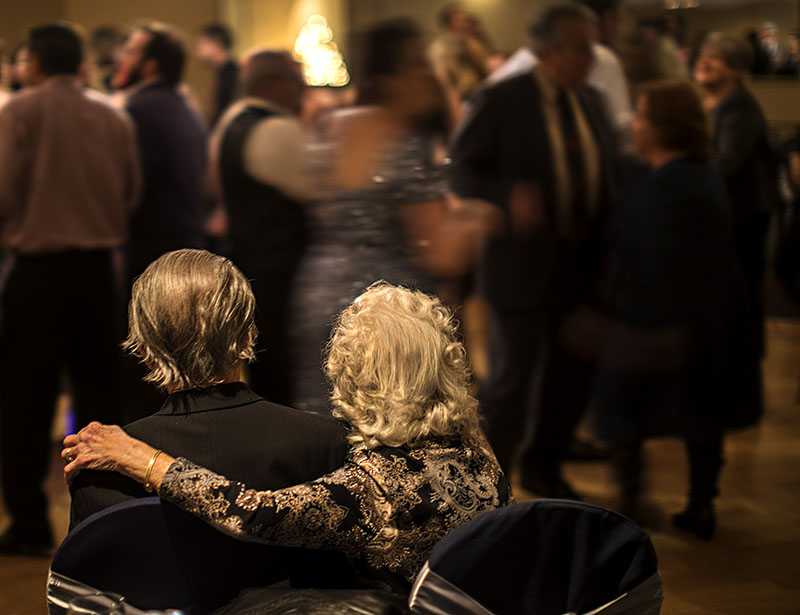 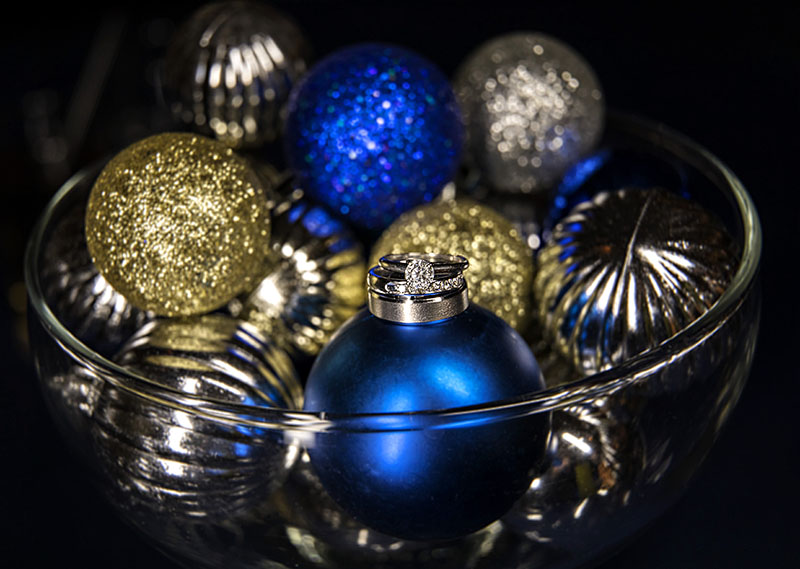 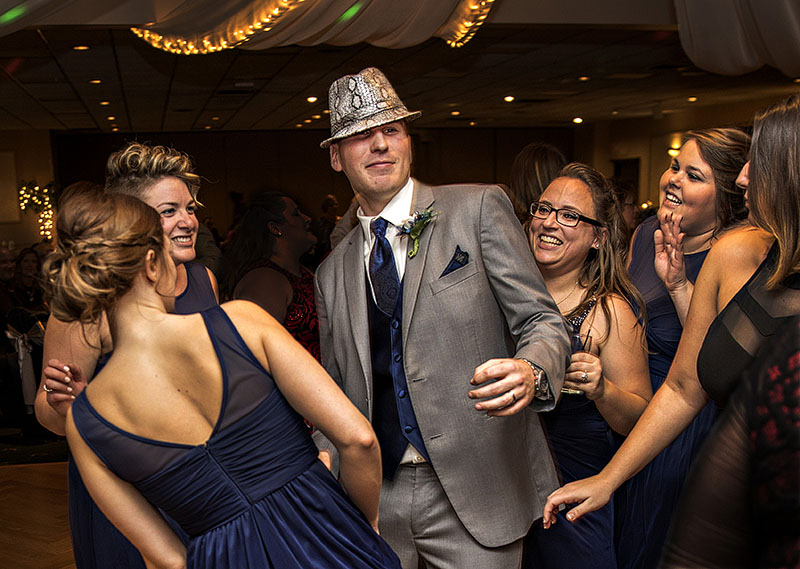 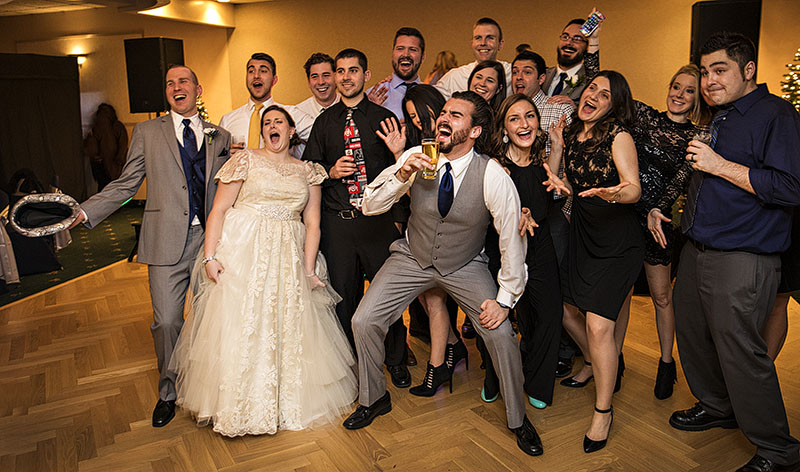 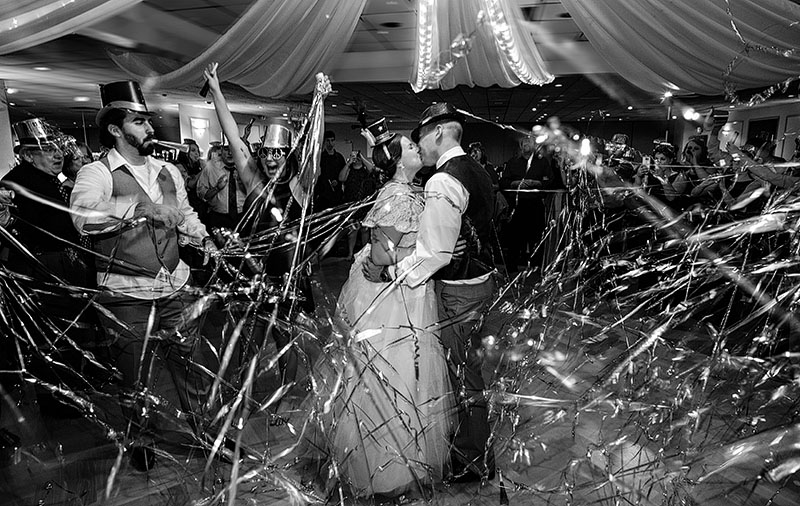 One other fun fact from Erica: “Tim and I both got our wedding bands engraved but we wouldn’t tell each other what
we put. After the wedding Tim and I learned we put the same thing on the bands, “To infinity and beyond!”

Thank you for viewing this New Year’s Eve Cleveland wedding,

No trackback or pingback available for this article.