Justine mentioned she wanted to do some Squire’s Castle engagement photos with Ryan. So we did! 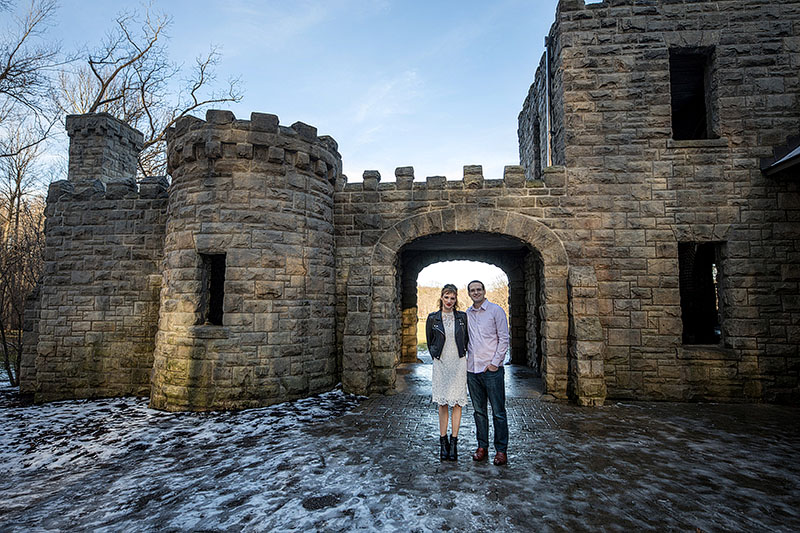 We started at Squire’s Castle which has been a favorite of engaged couples and families for many years. Justine and Ryan
like to have fun and I love their personalities. They are so great together!

Squire’s Castle was built in the 1890’s by Feargus B. Squire. He was an executive with the Standard Oil Company. He had
planned on making it part of a 525 acre compound with his wife Rebecca. She did not care for country living so it was
never finished. It’s now part of the North Chagrin Reservation of the Cleveland Metroparks.

After Squire’s Castle we went to a favorite area of mine on the Chagrin River as the sun started to set.

The last stop for the night was Willoughby Brewing Company. It was a bit cold and they wanted to warm up with some drinks
and appetizers. I took some photos as their beer samples arrived and then we all hung out for a while enjoying the food
and drink. I need to end more engagement sessions this way!

I’m looking forward to their Hyatt Regency Cleveland At The Arcade wedding this summer. 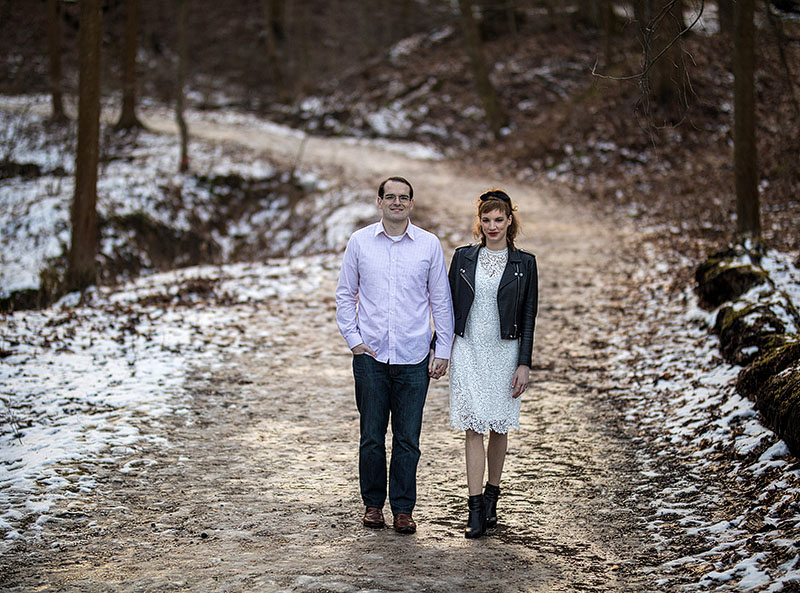 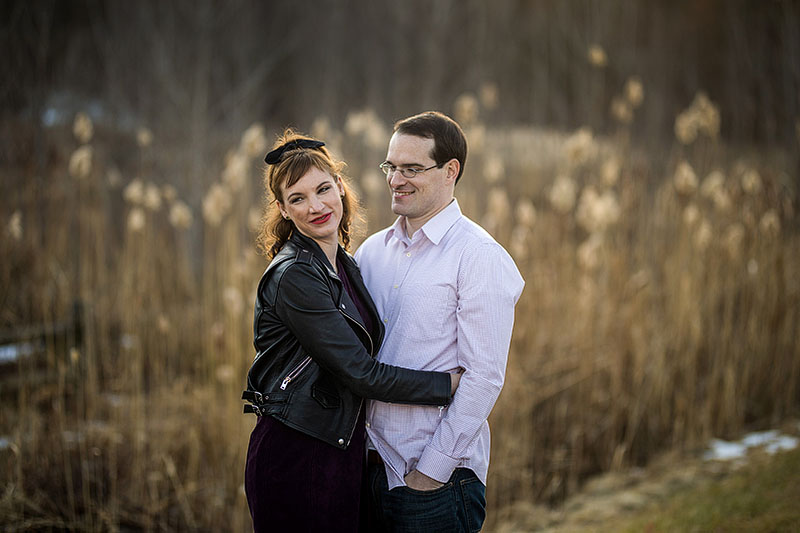 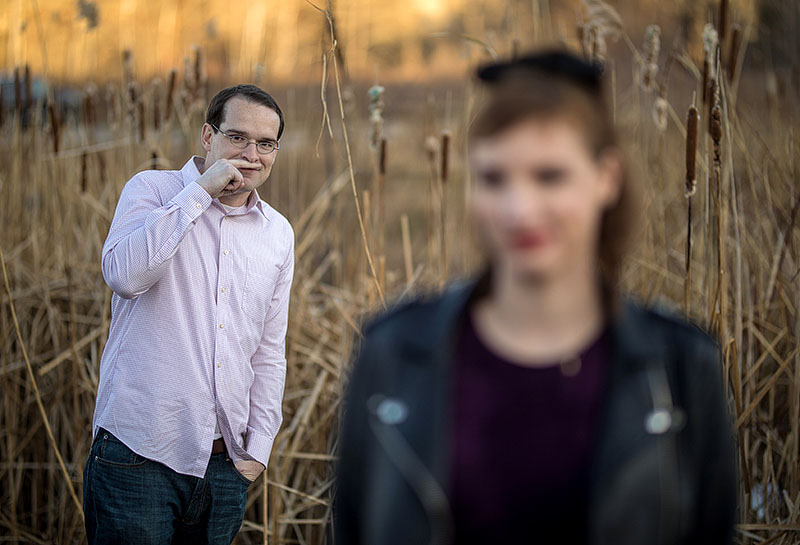 Watch out for that photobomb! 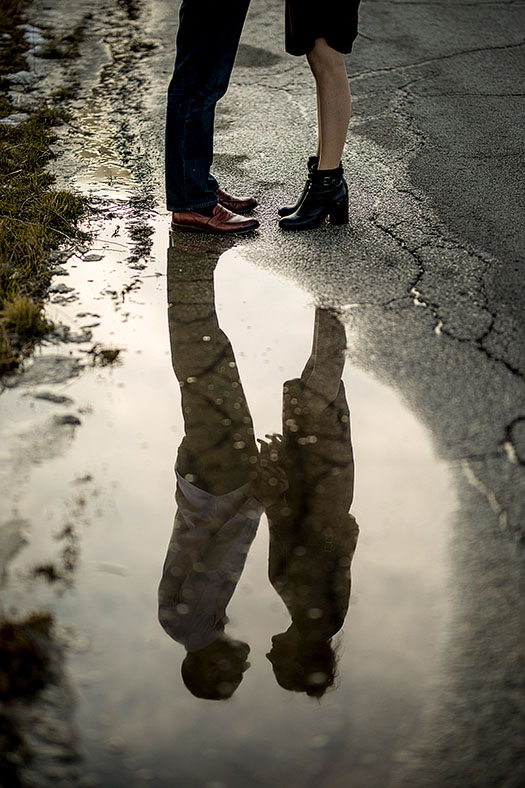 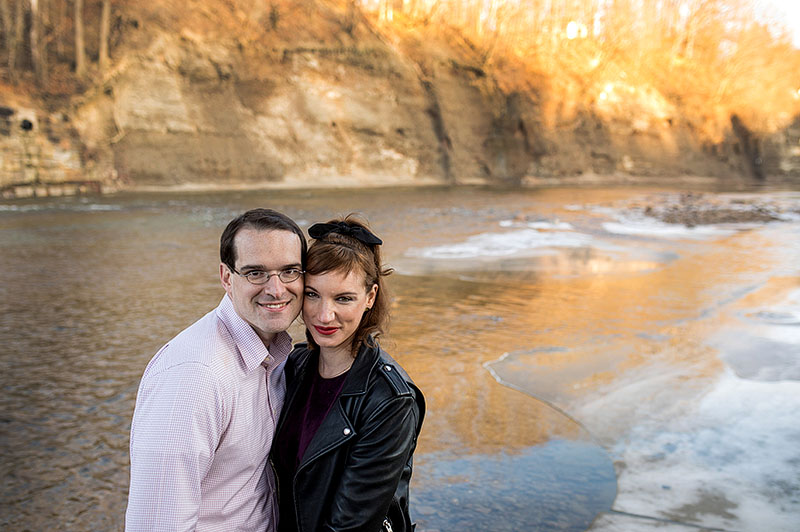 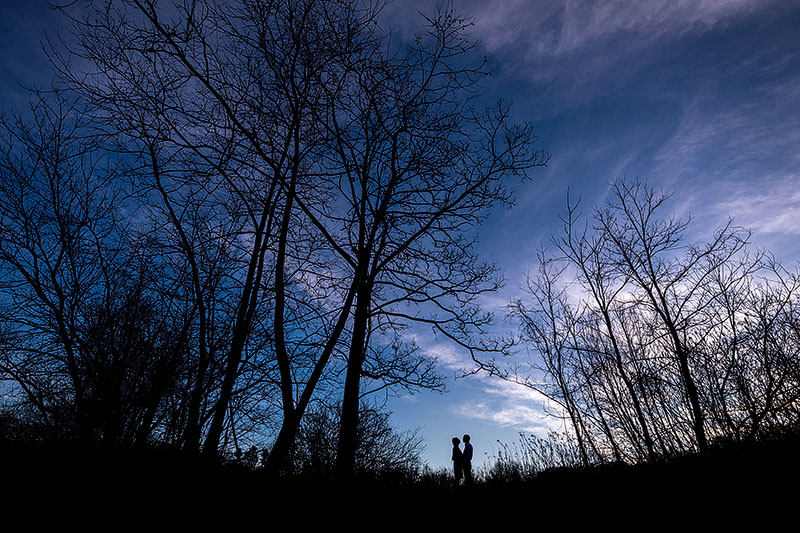 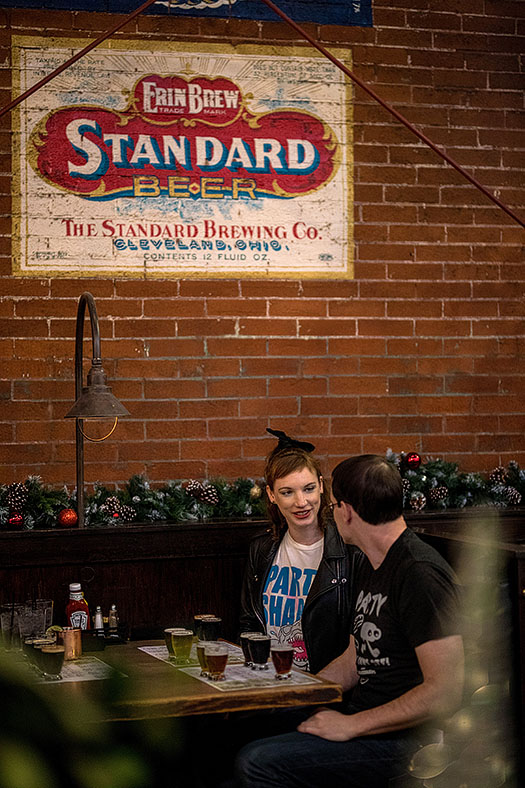 They really wanted some photos with these t-shirts! 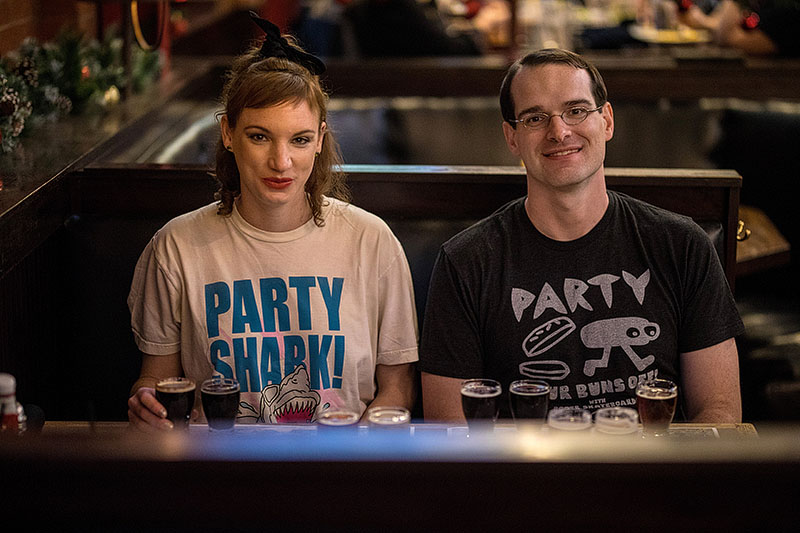 Thank you for viewing the work of this Squire’s Castle engagement photographer,