Windows on the River reception

Lauren and Ross had some rain concerns on their day and everything turned out great at their Cleveland Botanical Garden wedding. 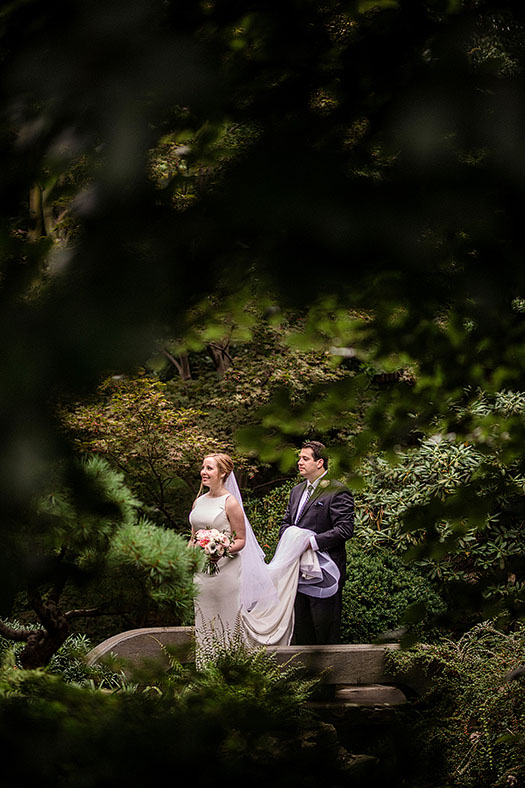 The forecast was saying rain yet the radar didn’t show it. Their Cleveland Botanical Garden wedding
ceremony was supposed to be outside in the Sunken Garden. The English-inspired garden is centered between
trees and shrubs from Asia, Europe and the United States.

On standby was their indoor location, Clark Hall.

Lauren: “Ross was dead set on doing it outside, but nobody else seemed to think that was reasonable
or possible. The pictures we took outside 15 minutes after the ceremony will make people wonder if it was
really raining that day. The venue set up the ceremony inside for us as a back up, which turned out to be a
really beautiful backdrop, and we were able to get pictures outside so it ended up being the best it could be
on a rainy day!”

The couple readied themselves for the day at the Cleveland Downtown Hilton. It was nice to see one of
my favorite clients ever, Leslie, there as a bridesmaid.

Lauren was very emotional as she walked down the aisle: “We didn’t see each other at all before the
ceremony. There were a lot of last minute phone calls between vendors and myself because it was raining during
the day and the ceremony was supposed to take place outside. Ross had heard I was upset and when I walked down the
aisle crying, was genuinely concerned that I was upset over the logistics. But honestly, I was just so relieved
to see him that I was overwhelmed and happy and could not hold back the tears.”

The rain stopped as the ceremony began and was dry enough for outdoor photos after the ceremony.
Everything looked very lush with the fresh raindrops clinging to the foliage.

After we left the Cleveland Botanical Garden wedding ceremony and portraits we spent a short time at
the Cleveland Museum of Art for more photos with the wedding party.

Then it was off to Windows on the River. The cocktail hour at the Greater Cleveland Aquarium located
below Windows was a hit with the guests. Everyone loved touring around the exhibits and enjoying the sea life.

At the reception the wedding party was introduced by Cleveland Cavaliers announcer Ahmaad Crump. “Ross
is the biggest Cavs and NBA fan EVER and has loved the starting lineups since he was about four. We always have
to get to the game early so he can see the damn starting lineups. Ross contacted Ahmaad on his Twitter within days
of getting engaged to see if he could be a part of the wedding festivities. Ahmaad stayed for dinner and took
pictures with our guests throughout the reception too which was a great time for our guests.” 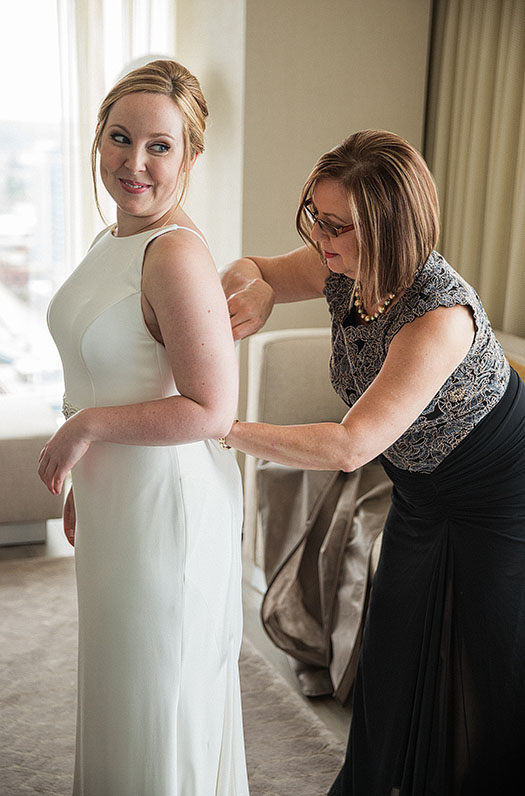 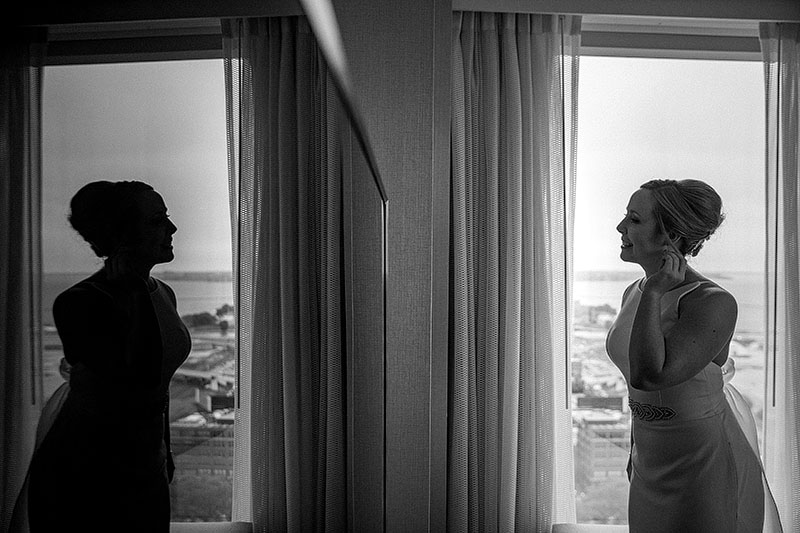 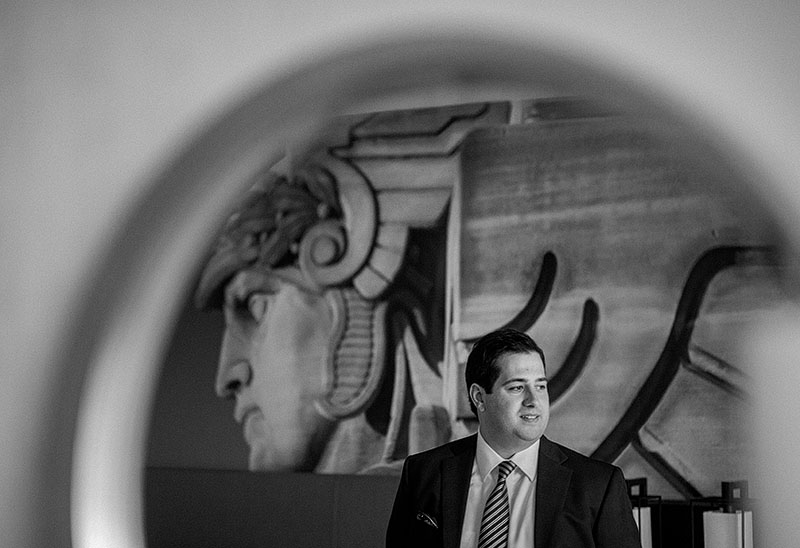 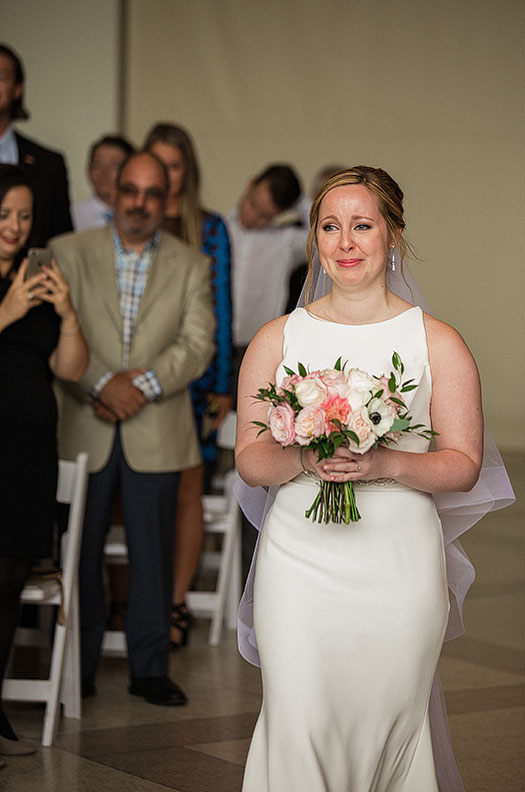 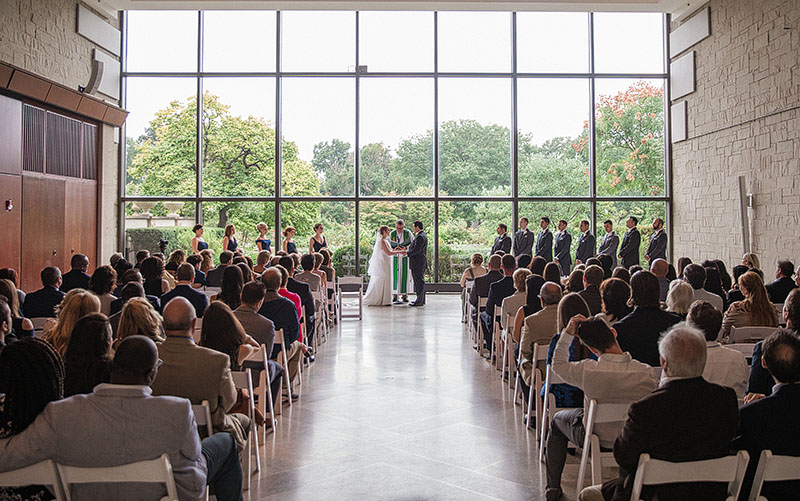 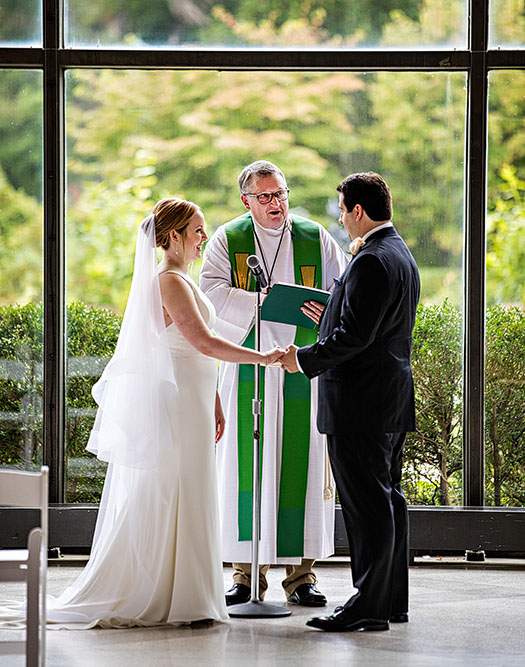 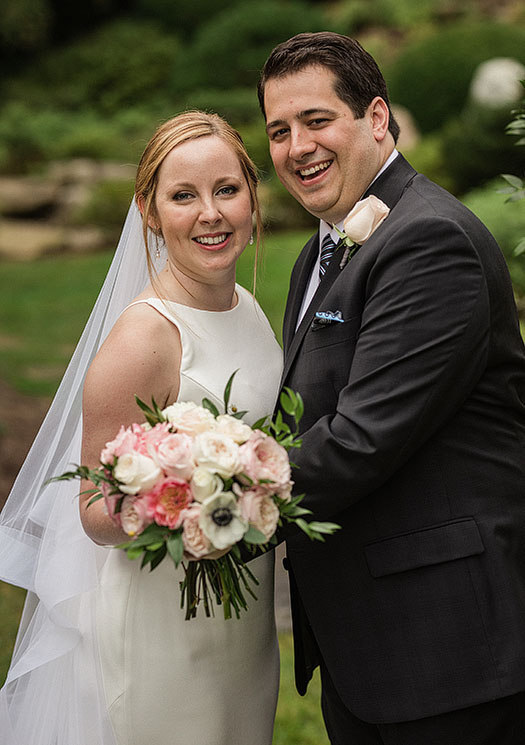 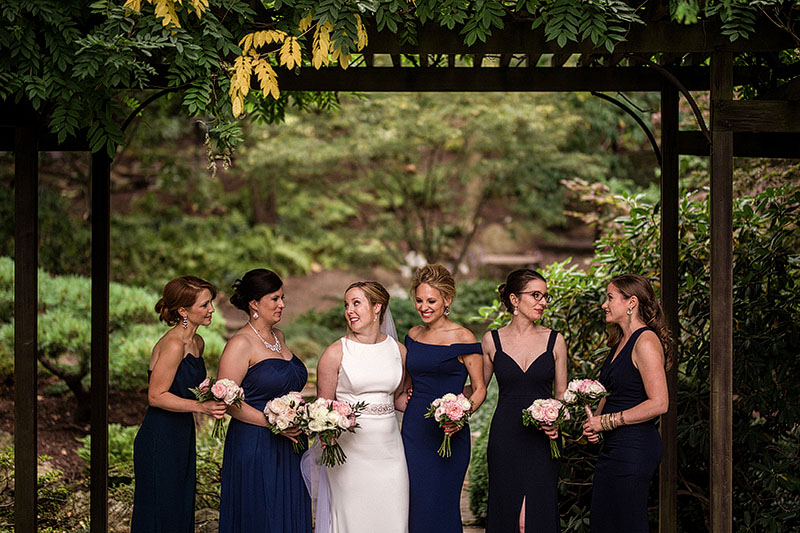 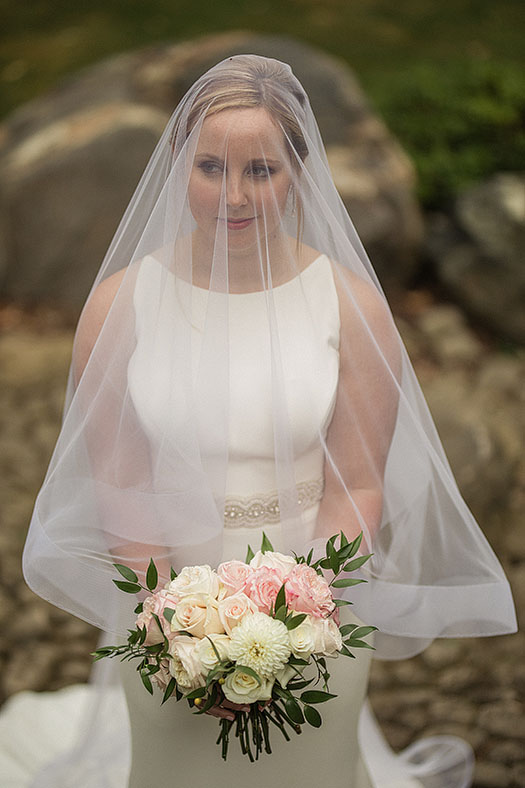 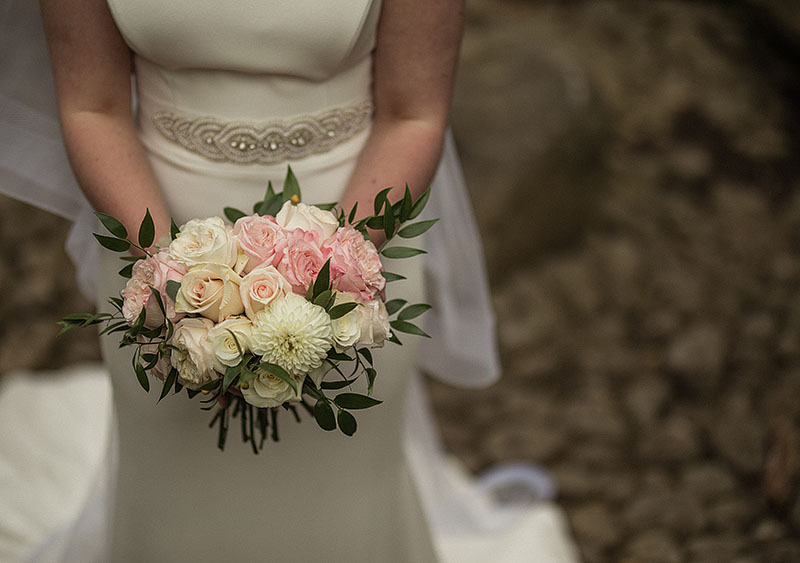 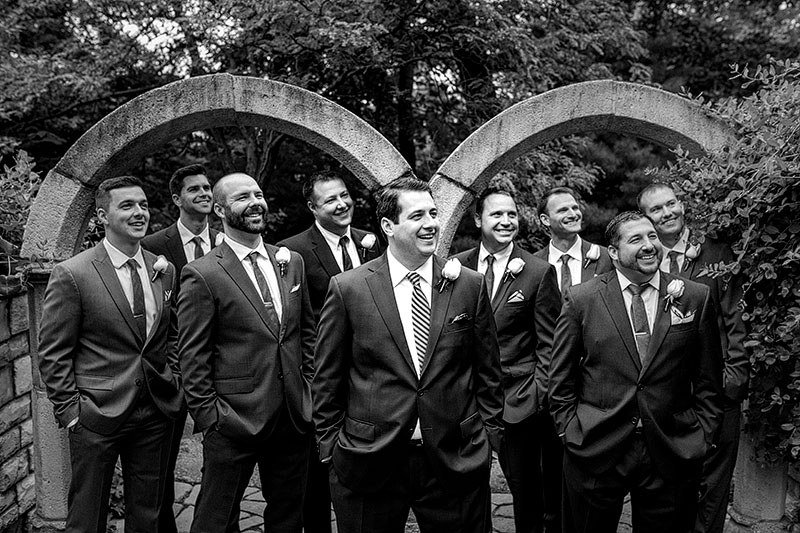 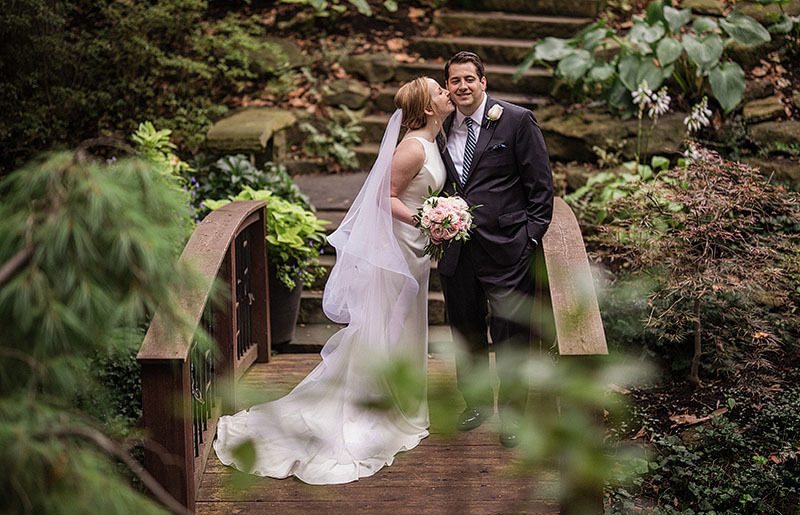 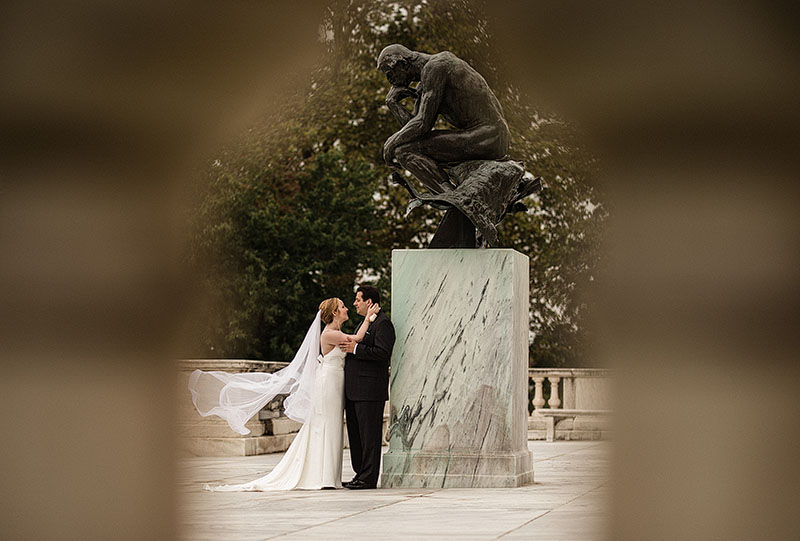 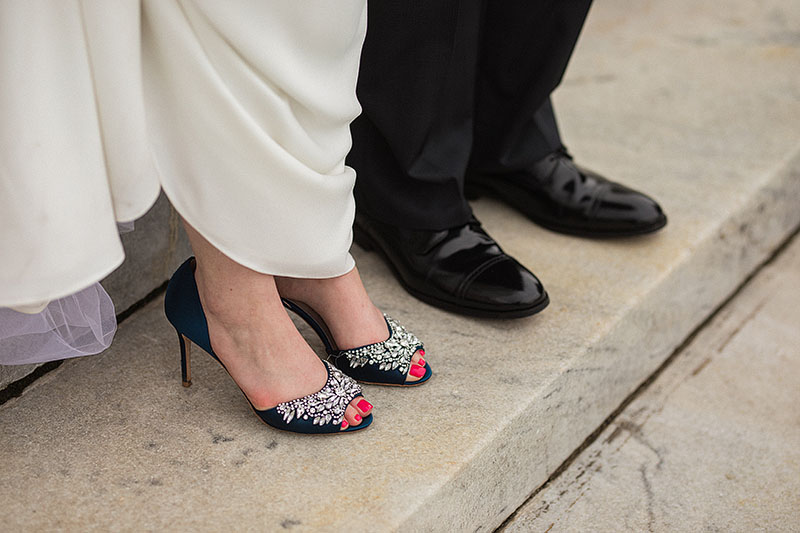 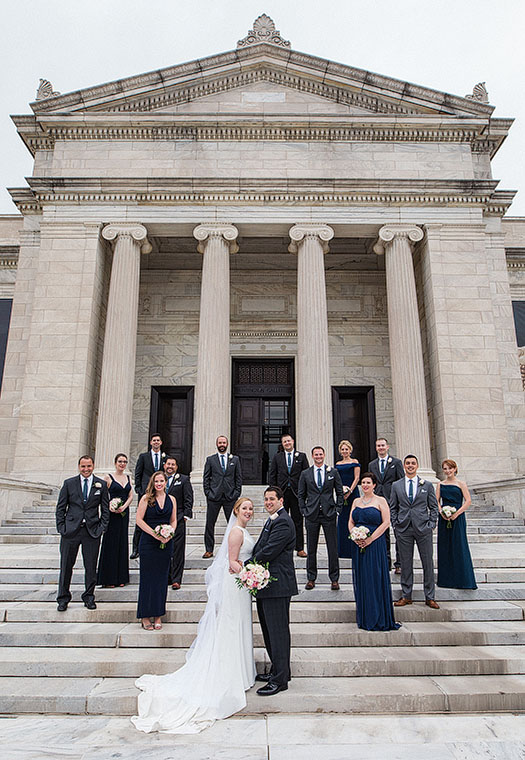 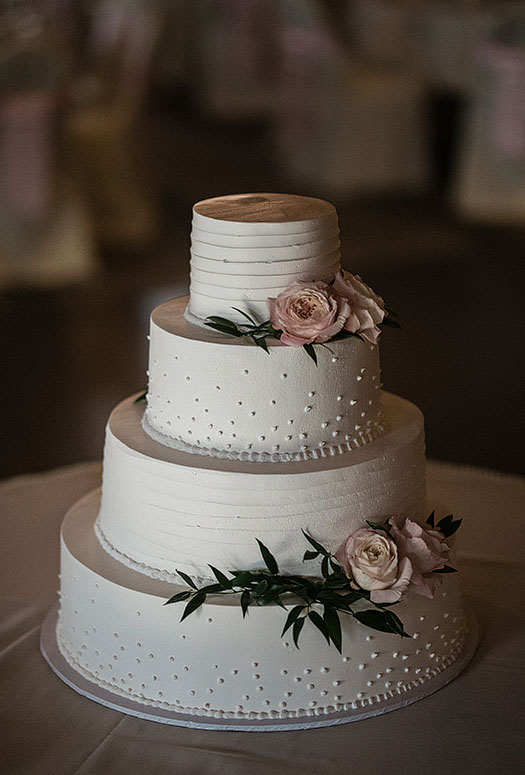 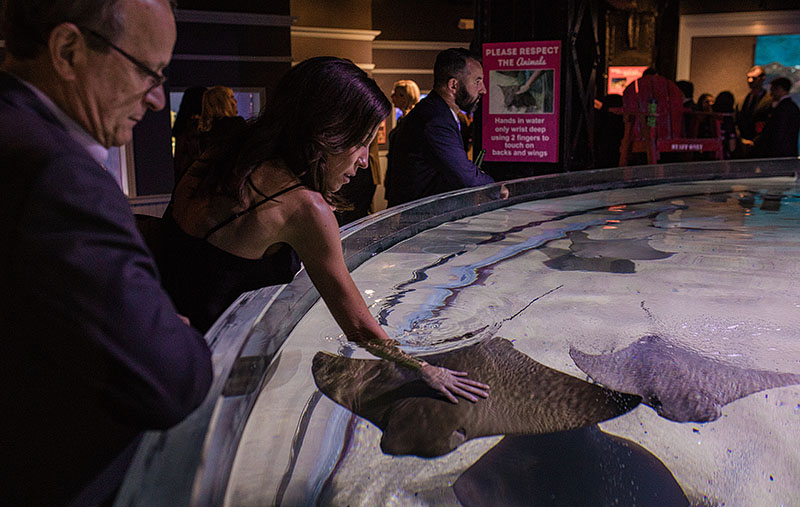 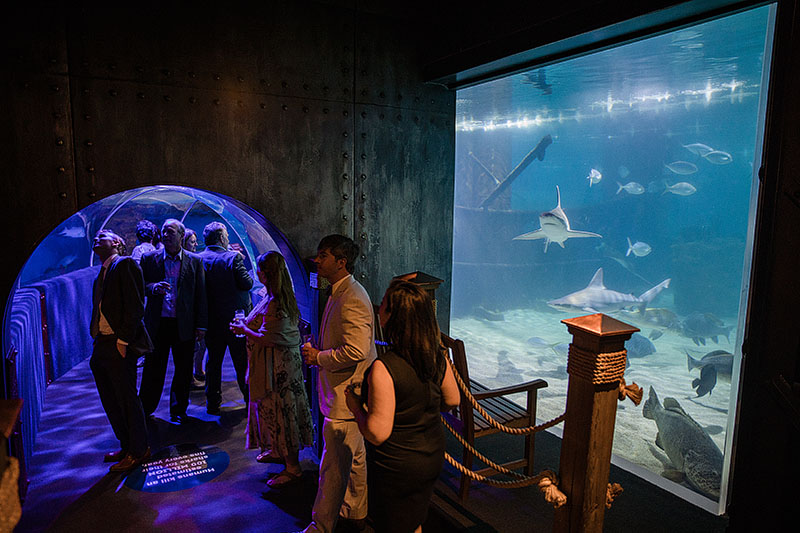 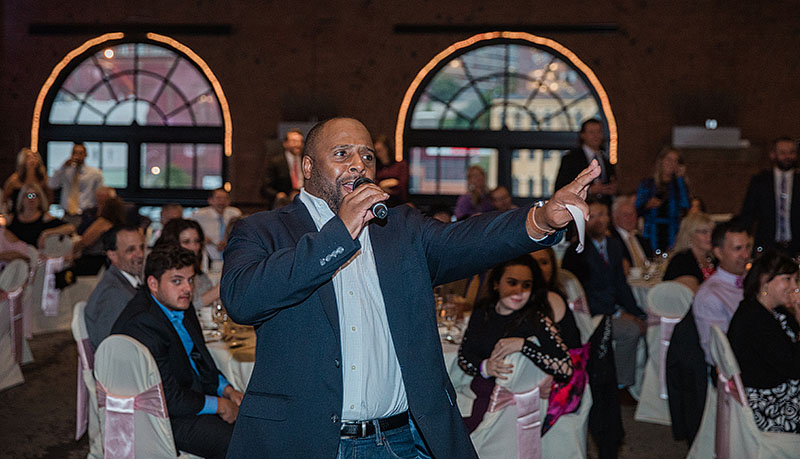 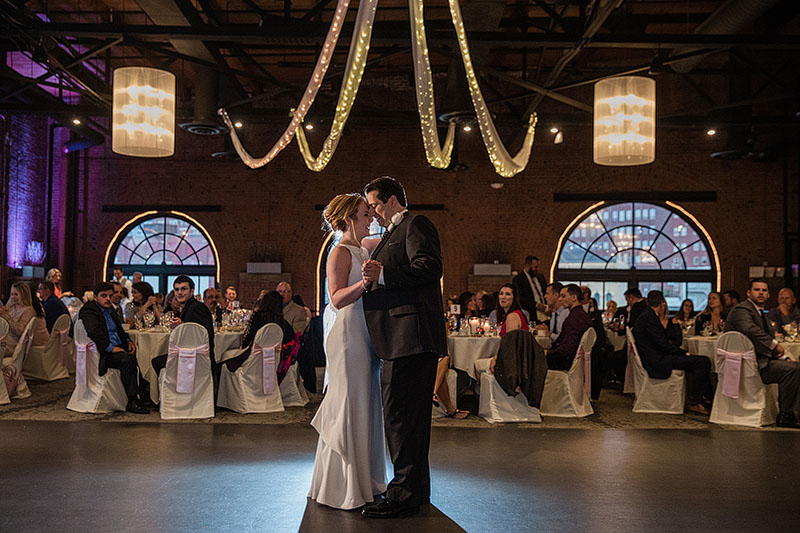 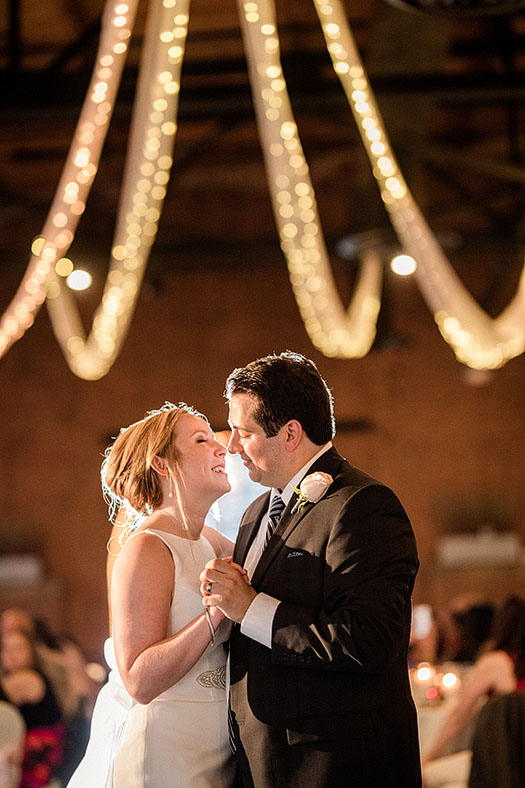 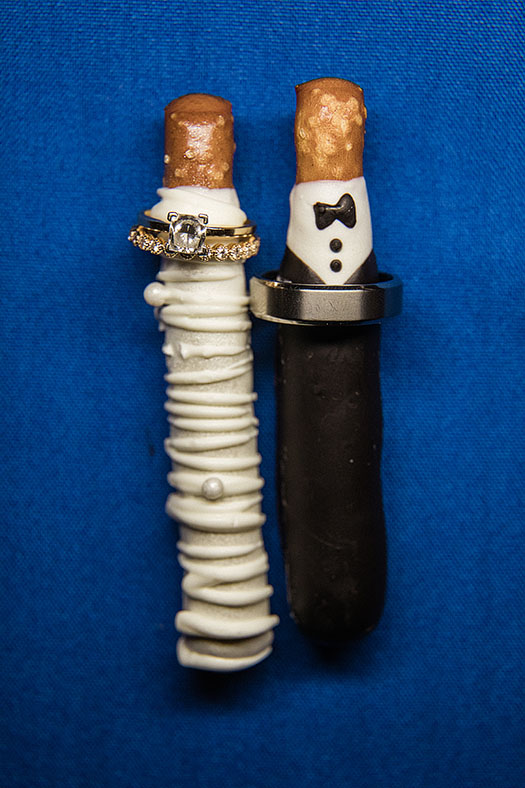 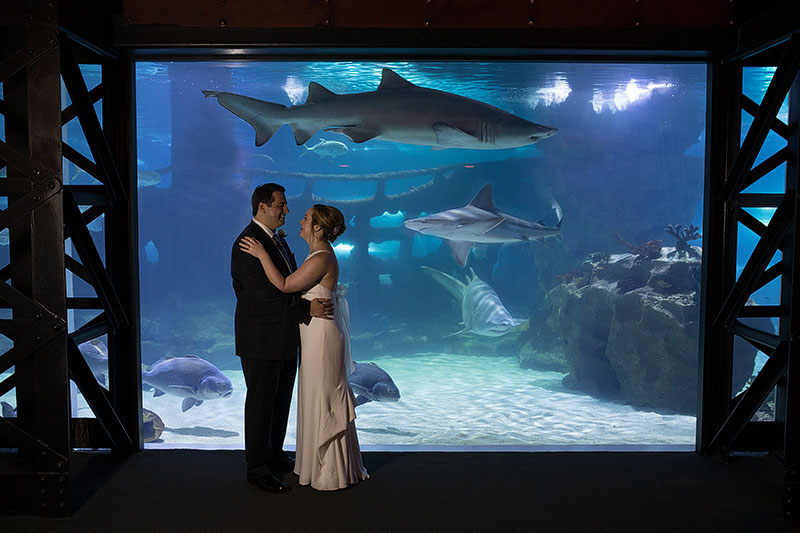 To see the Tremont engagement photos of Lauren and Ross, please click here:

Thank you for viewing this Cleveland Botanical Garden wedding,