Barack and Michelle Obama Over the Years

My photos of the President and First lady

Here’s a collection of photos I made as a photojournalist at the Plain Dealer plus some since then. 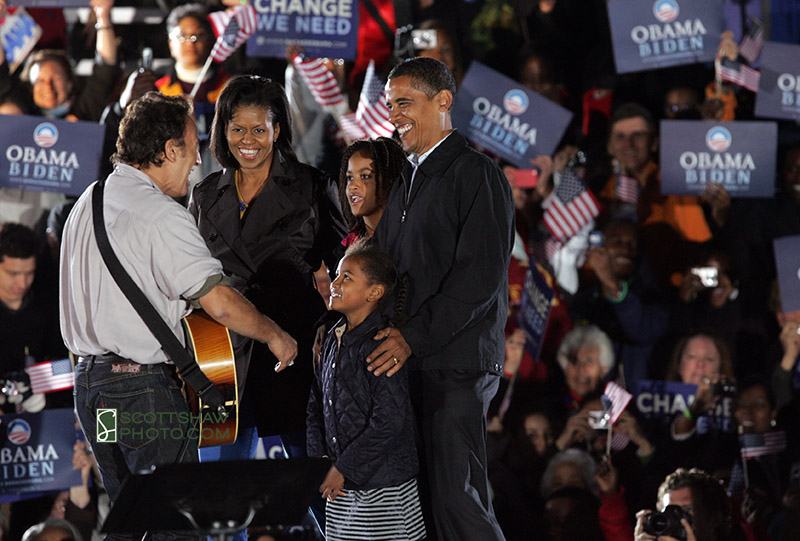 I first photographed Barack Obama eleven years before he would run for
President of the United States.

I must admit I didn’t realize it until a few years ago. At the time he
was running for the Illinois State Senate. In 1996 reporter Joe
Frolik and I spent a few weeks on a cross-country train ride before
the national conventions to see what the country was thinking about
politics.

We started in Boston with stops in Buffalo, Chicago, Kansas City and
Flagstaff and ended in Los Angeles.

Frolik had a tip from a friend about a new political candidate and
invited him to breakfast. I had some photo transmission equipment
with a problem and needed to get it fixed. This was before laptop
computers were so commonplace.

I arrived in time to make a quick portrait of him outside the restaurant
and didn’t think about it again until nearly twenty years later
when I found the color film negatives in my basement.

When Obama started campaigning for President of the United States I
was assigned to photograph his first Cleveland appearance. He
was at Cuyahoga Community College in Highland Hills on Feb. 26, 2007.

After he was done speaking we were allowed on the walkway to
photograph him greeting the crowd. I noticed the woman
struggling to see the screen on the back of her camera and quickly reacted.

Another thing about this photo which would not happen now is seeing
all the faces. Now everyone has a cellphone camera blocking
the faces. I notice this at most weddings I photograph.

Two years later I would photograph him and while there are cameras
still in the background I notice more flip phones creeping
into play-still a few years before smart phones became a permanent fixture.

The night before the election a rally was held in downtown Cleveland
and Bruce Springsteen played some songs in support.

Soon thereafter I was at a senior citizens center photographing the
residents watching the inauguration as he became the 44th president.

The rest of the photos show various appearance by Barack and Michelle
Obama over the years along with her recent appearance at Oberlin College. 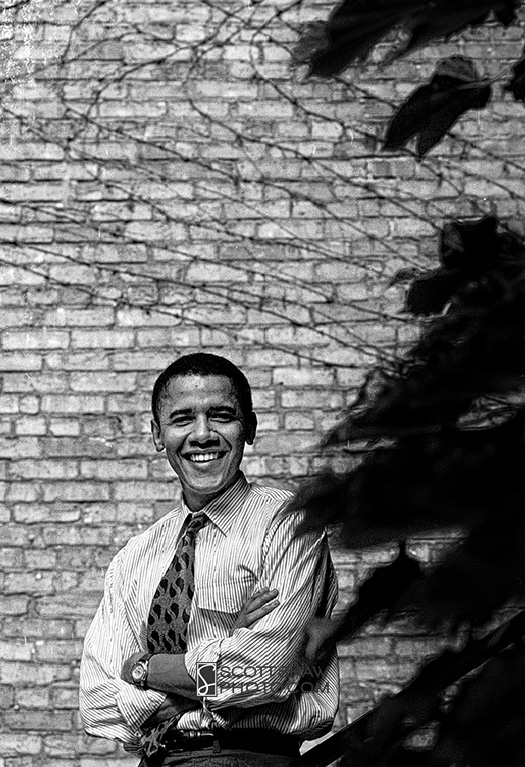 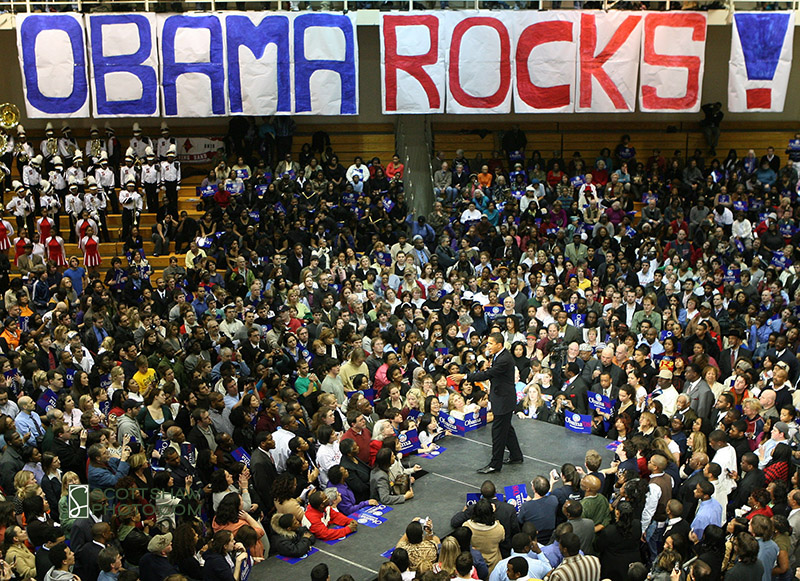 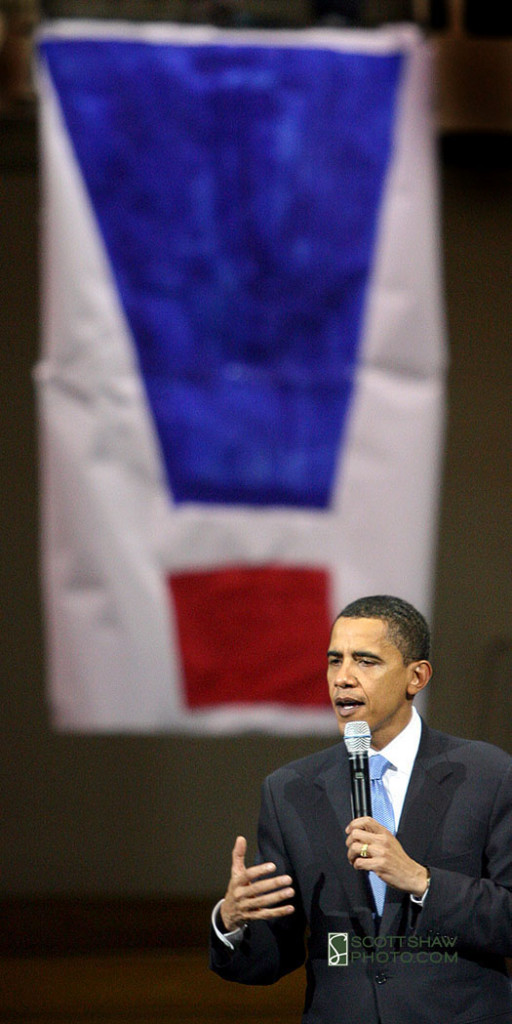 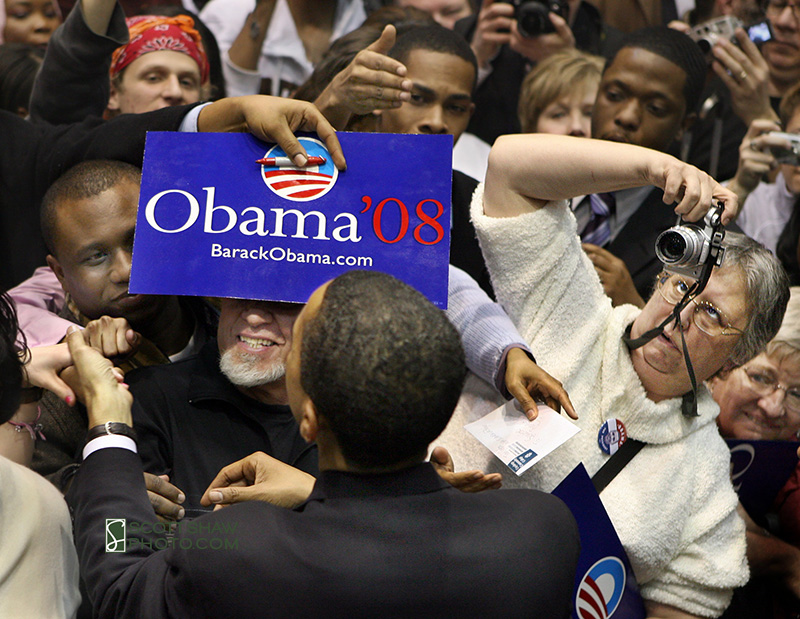 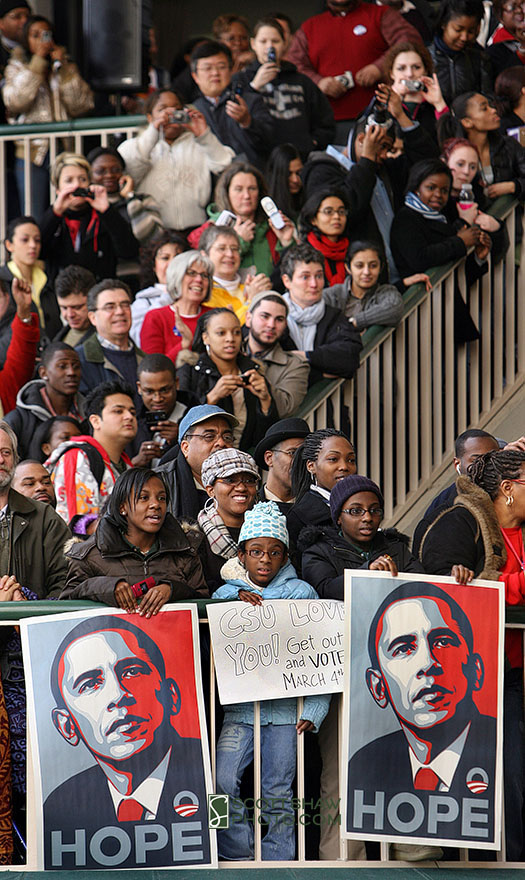 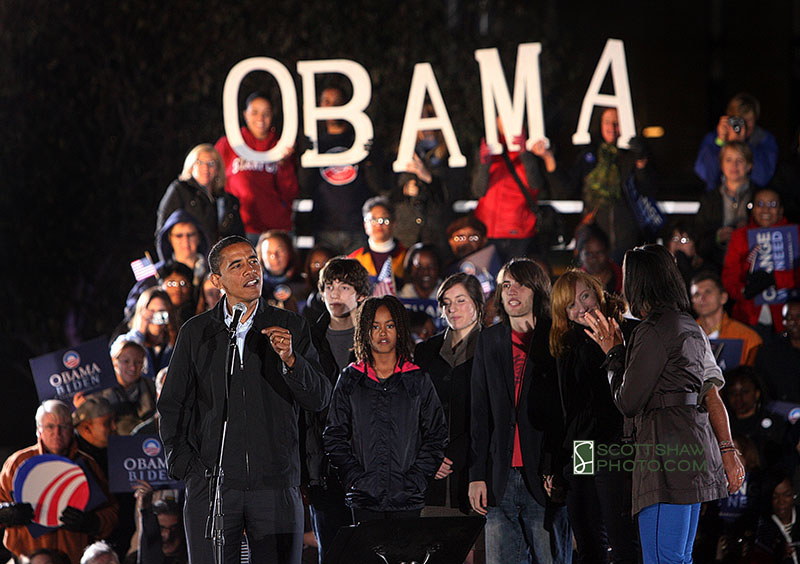 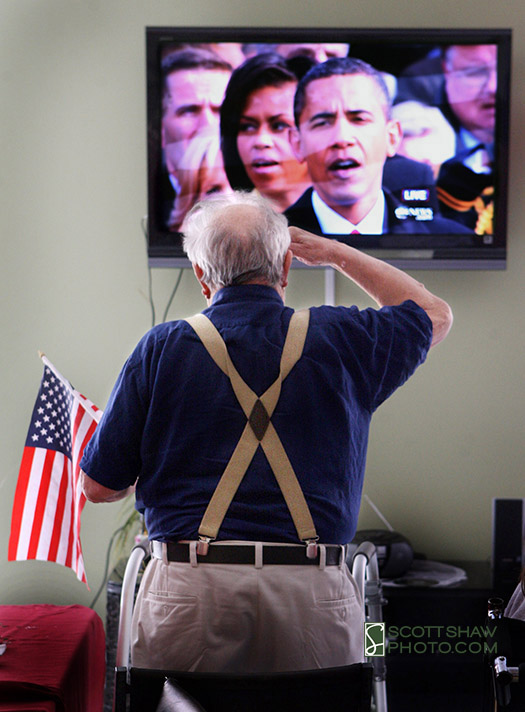 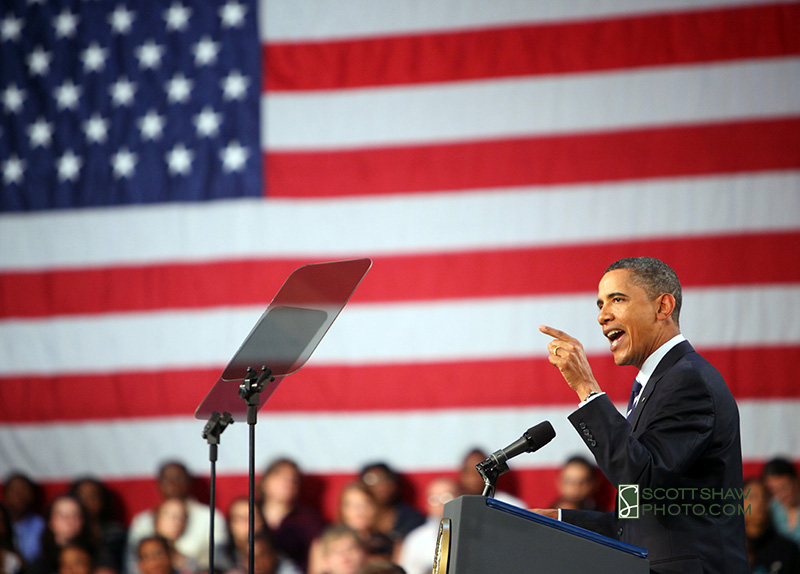 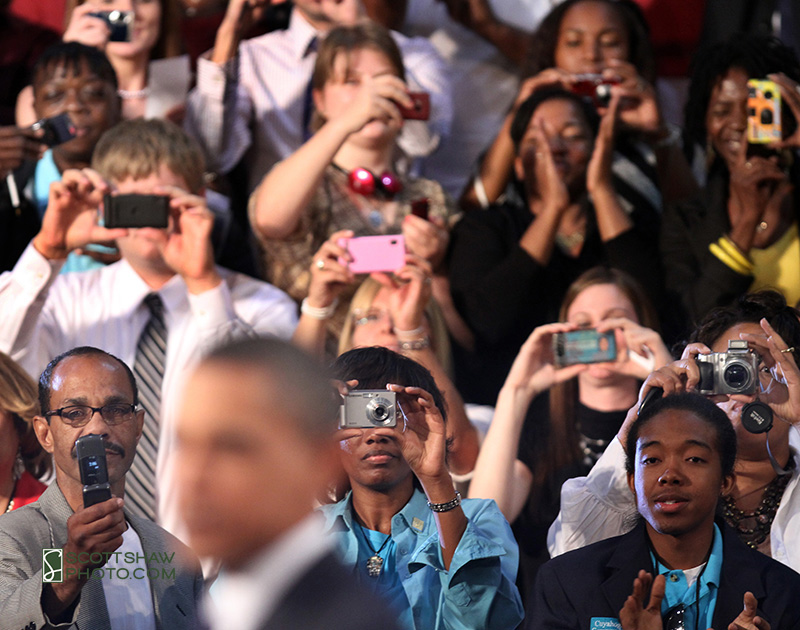 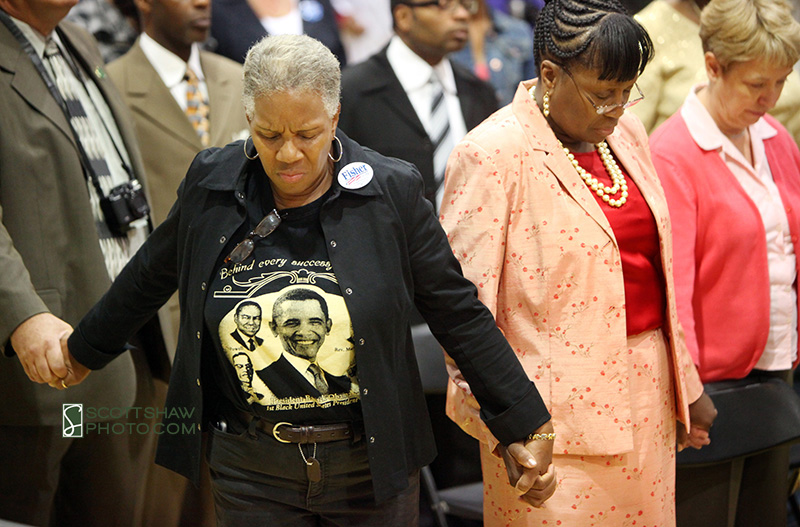 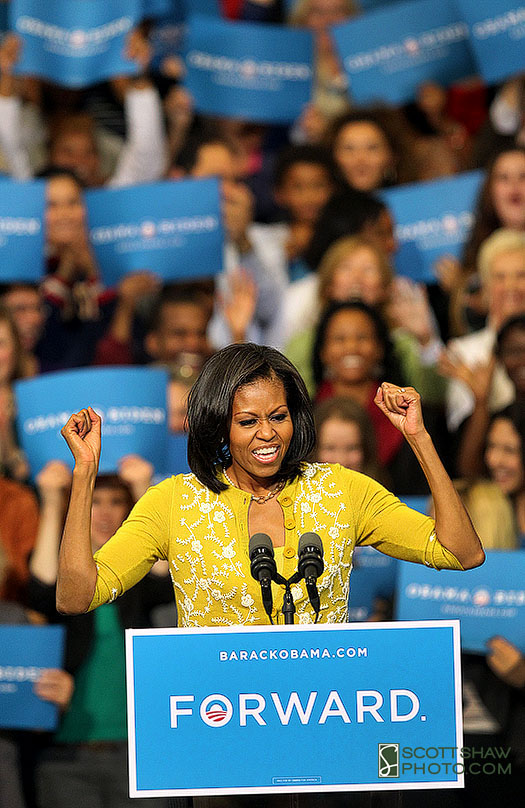 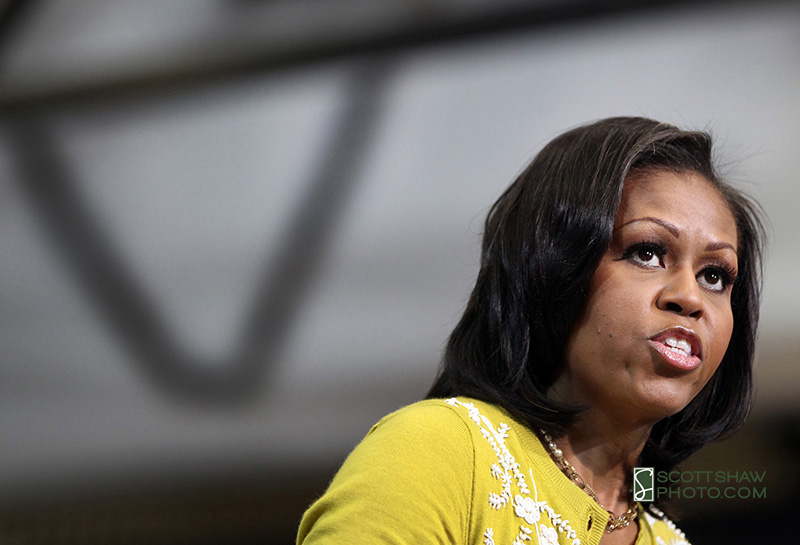 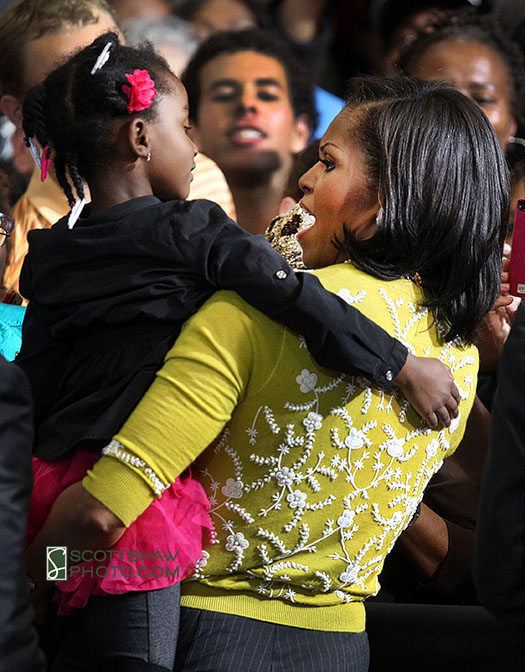 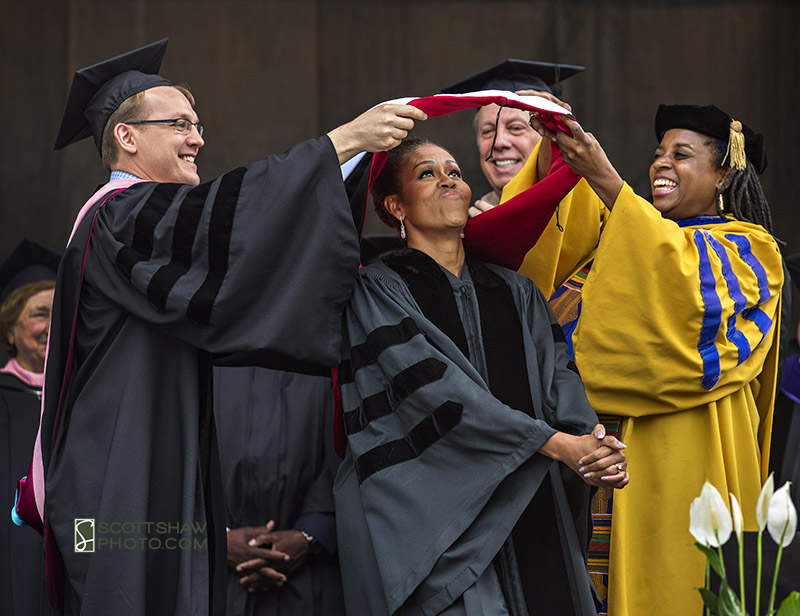 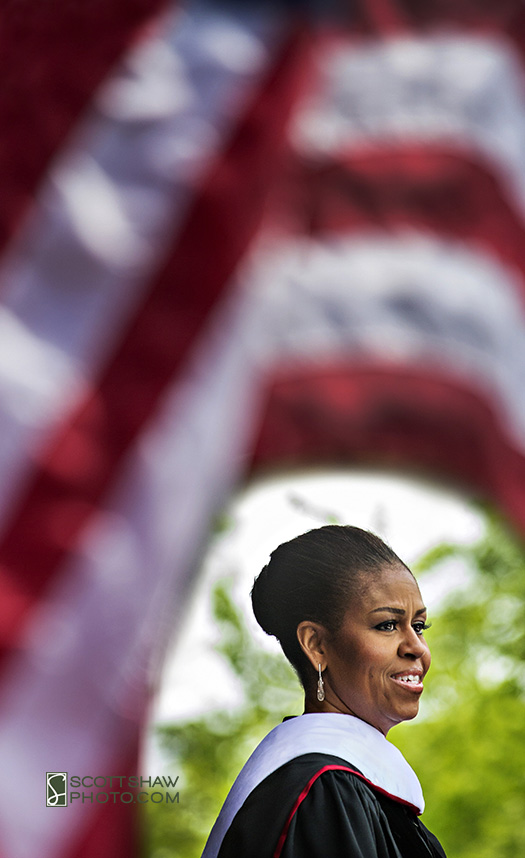 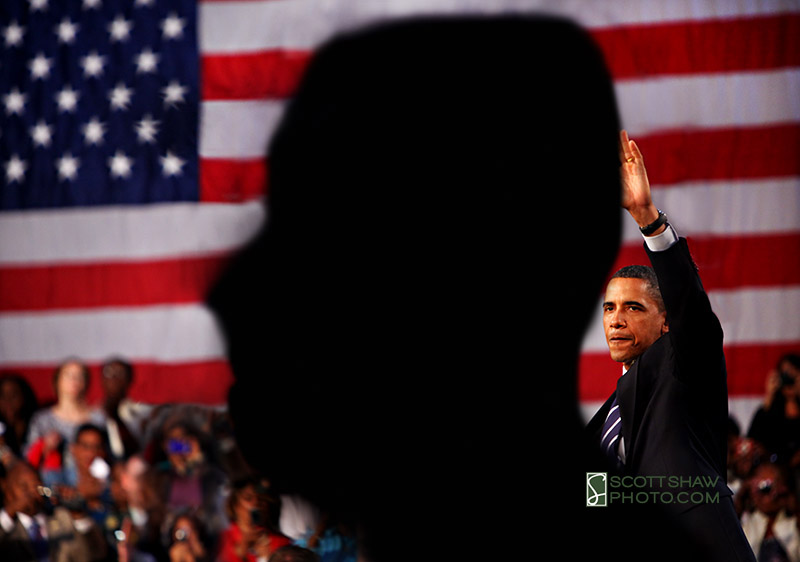 Thank you for viewing this Cleveland engagement session,